The largest of the Veterans Day parades held in the U.S., the 2015 America’s Parade was themed “Honor and Remember” to commemorate the 70th anniversary of the end of World War II.

While each branch of military service is represented annually in America’s Parade, every year one branch is featured. This year’s featured branch was the Navy. This distinction had added significant for U-Haul since the industry leader in do-it-yourself moving and self-storage was founded by World War II Navy veteran L.S. “Sam” Shoen, and his wife, Anna Mary Carty Shoen, in 1945.

Joining the 20,000-plus parade participants were five U-Haul trucks featuring the Armed Forces SuperGraphics. In addition to the trucks, more than 50 enthusiastic U-Haul Team Members from the U-Haul Companies of Manhattan/Bronx, Brooklyn/Queens/Staten Island, Long Island and Northern New Jersey marched while passing out American flags to spectators.

“It is an honor to be a part of the largest celebration of veterans in the country,” said Anthony Paladino, U-Haul Company of Northern New Jersey president. “Our team is proud to thank those who have served and are currently serving our country. Our team enjoys being a part of this celebration, and letting the veterans know how much they are appreciated.”

U-Haul, which is celebrating its 70th anniversary, has relied heavily on veterans to shape and build its brand, products and services through the decades. U-Haul continues to embrace the veterans’ community by giving them priority in the recruiting process for jobs. U-Haul is ranked annually among the top veteran-friendly employers in the U.S.

“The parade was a great time for my Team Members this year,” said Mike Nadraus, U-Haul Company of Long Island president. “We brought a veteran, Arron Williams, general manager of U-Haul Moving and Storage East Patchogue. It was his first time in the parade, and seeing his smile was reward enough. I am so proud to work for U-Haul because the Company strongly supports our veterans.”

In addition to honoring our nation’s veterans, U-Haul paid tribute to longtime America’s Parade executive director, Vietnam veteran and dear friend to U-Haul, Pat Gualtieri, who passed away on July 21. During the parade, New York City said farewell to Gualtieri, who was instrumental in building the event into the biggest annual celebration of service in the nation.

Click here to read what Gualtieri previously said about U-Haul and its involvement in America’s Parade throughout the years. U-Haul salutes Gualtieri and will remember his dedication to our veterans for years to come.

U-Haul has long been a sponsor of the Veterans Day parades in New York City and Phoenix. Share with us your Veterans Day experience in the comments box below! 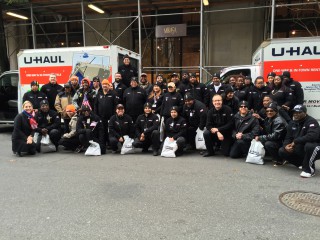 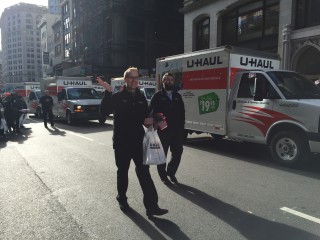 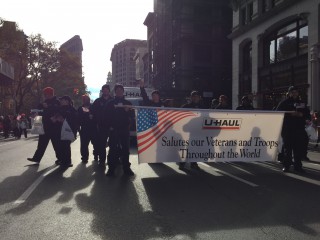 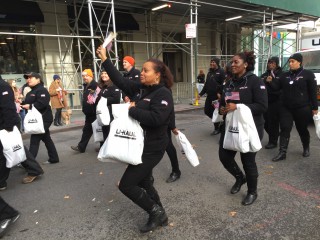 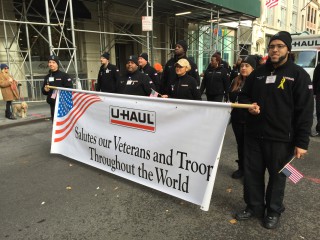 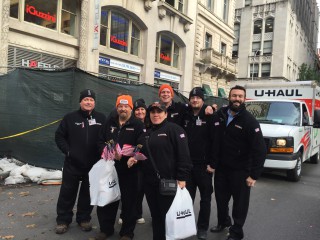 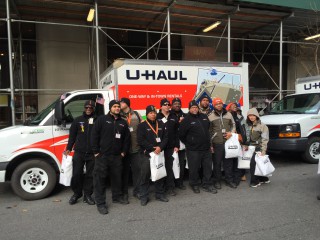 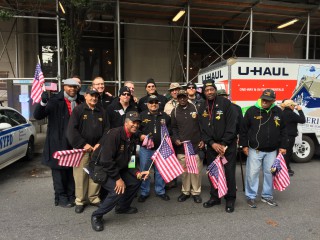 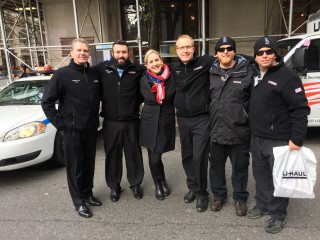 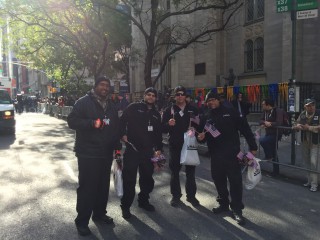 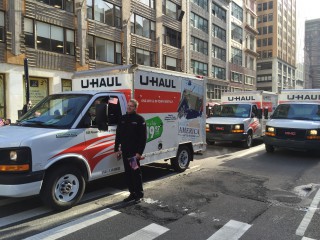 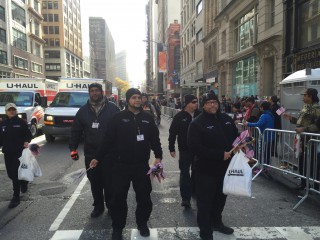