Vine City Park in Atlanta, Georgia is a little bigger and better thanks in part to U-Haul and The Conservation Fund’s Parks With Purpose partnership.  May 19 marked the completion of Vine City Park’s Phase II developments.  These included doubling its size, expanding the playground, and adding green infrastructure, educational signage, and new exercise equipment.

It was a long time coming!  Community leaders were determined to create a park for their neighborhood back in 2005.  The City of Atlanta and the Arthur M. Blank Family Foundation bought several abandoned properties in pursuit of this project. Over several months of community collaboration, they planned to acquire more properties for a Phase II expansion.  In part through U-Haul customer donations to The Conservation Fund, they obtained those properties and expansion became a reality. new playground and exercise equipment, green infrastructure was installed.  It helps with storm water issues and the lack of green space in the Vine City and English Avenue communities. A rain garden, dry creek bed and micro-forest capture rainwater runoff before it overwhelms the community sewer system.  Also, the green infrastructure in the nearby Lindsay Street Park has reduced flooding that previously burdened the neighborhoods.

The expansion of Vine City Park was possible in part because of four neighborhood residents who were trained and employed through the Greening Youth Foundation’s Youth Conservation Corps.  Supported in part by U-Haul and The Conservation Fund, they brought positive economic, social and environmental outcomes to support their community.  Here is a classic case of everyday people coming together to do great things!

U-Haul is proud of its long standing partnership with The Conservation Fund. The Vine City Park expansion and other Parks With Purpose projects are excellent examples of public and private partnerships coming together for a greater good. Thank you to all of the U-Haul customers who have donated during their equipment rentals.  Your contributions support valuable park projects that will bring lasting benefits to communities all across the U.S. 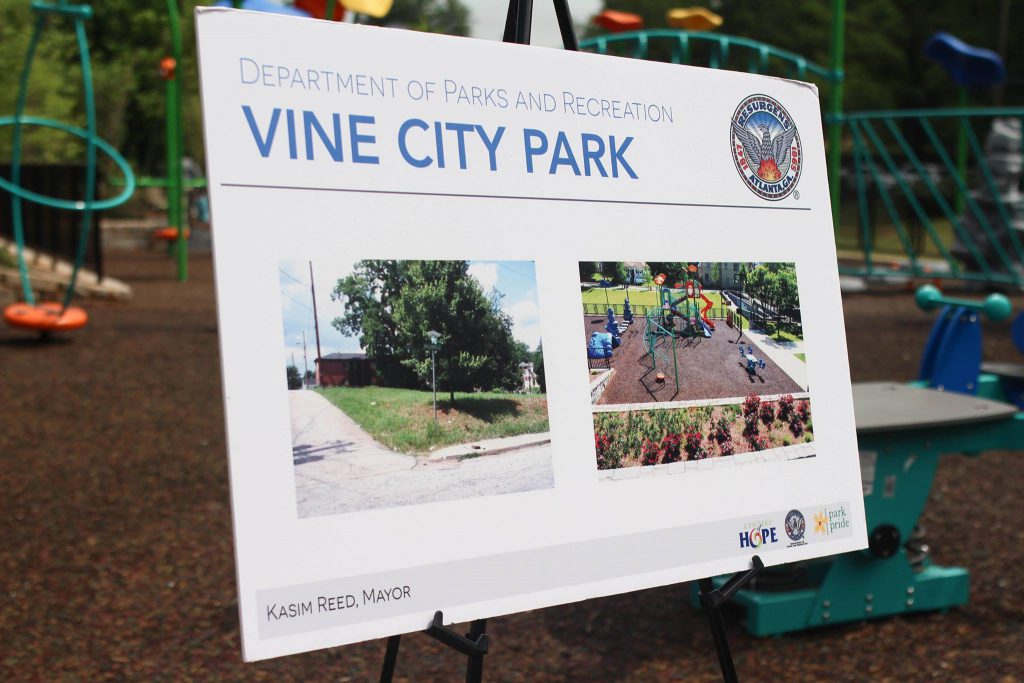 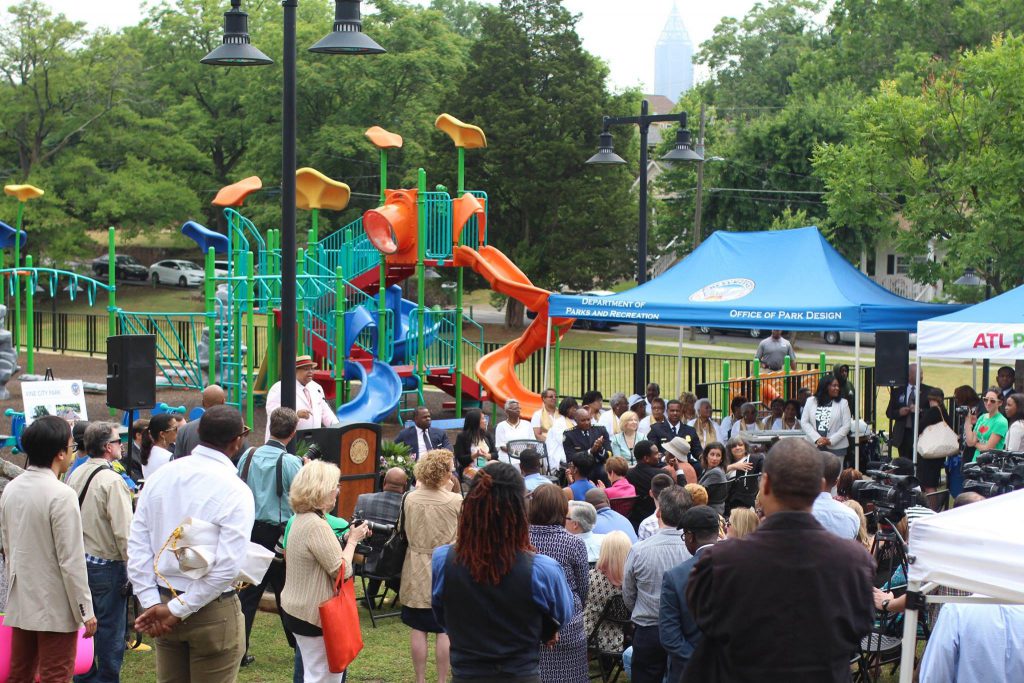 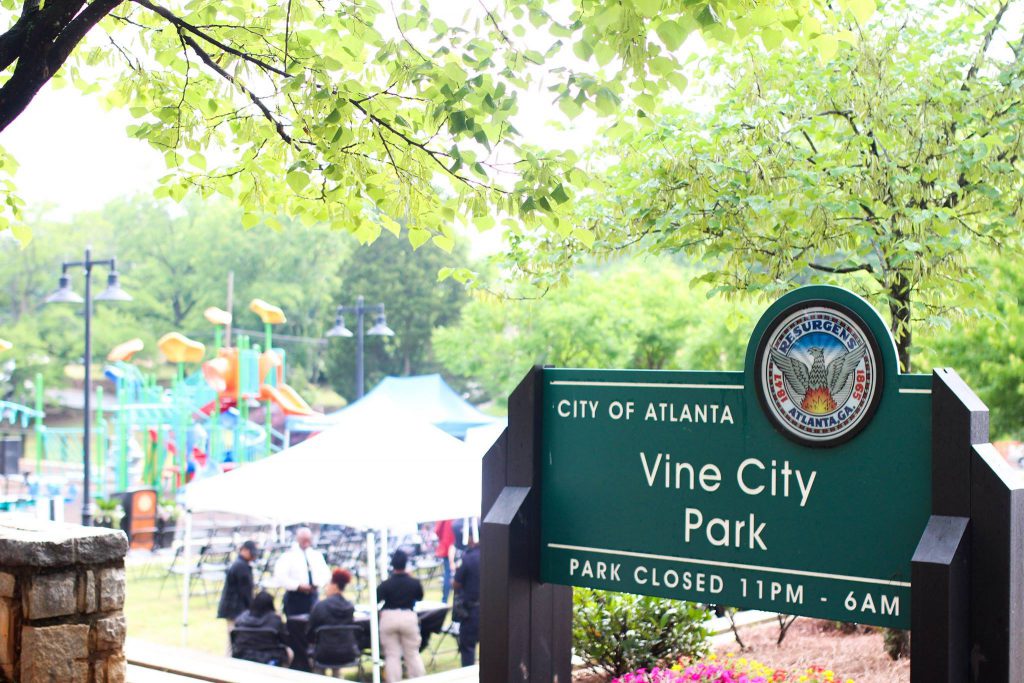