SPRINGFIELD, Mo.― In the song “By the Time I Get to Phoenix,” Glen Frey wanted to get to Phoenix by the time the girl of his dreams woke up in the morning. By the time the Springfield Repair Shop Team gets to Phoenix, they just hope it’s still 2016.

In February, the team started a “Walk to Phoenix” challenge as a way for their 17 team members to test their physical fitness by collectively walking 1,270 miles―the distance between the repair shop and U-Haul headquarters in Phoenix.

Shop Manager Kelly McNeil says the idea came about after having a conversation with Neil Pille, the repair dispatch manager for U-Haul Company of Missouri.

“Neil and I were knocking around ideas, and he said that he’d been thinking about something like this,” McNeil recalled. “I thought that was a great idea. We chose Phoenix because, well, it’s our headquarters!”

Divvying up the 1,270 total miles evenly, that comes to just under 75 miles per person. McNeil says the shop team’s reception to the idea has been great, with about two-thirds of them choosing to participate.

“It was just something to try to do as a team. We love challenging each other, and teasing each other over the goals,” McNeil related. “This is something that everyone can do, regardless of their health, and it’s a fun challenge that promotes teamwork and camaraderie. Of course there are a few watching from the sidelines, but they are still valued members of our team. I would never try to force them to participate.”

Those who are tracking their steps will be motivated to finish their share because there are prizes involved. Once team members do their 75 miles, they will receive a personal tracking device that measures nutritional and exercise habits. This will be especially useful since most of the team is relying on smartphones and watches to track their progress.

If that wasn’t enough, McNeil says an added bonus was recently thrown into the mix that involves the ultimate motivator: food.

“We were challenged by our shop in Columbia, Mo., to see who could register the highest average miles, with the end prize being a steak barbecue to the winner,” McNeil explained. “The shop that loses will have to buy the other shop the barbecue.”

The losing team won’t feel too left out, because at the end of this challenge is a big year-end feast … as long as they reach their goal.

“There will be a family cookout for Christmas and New Year’s and we will recognize all participating team members at that time,” McNeil stated. “Or,” he mentioned optimistically, “we will do it sooner if the goal is met before then.” 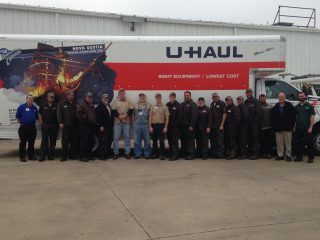 The team at Springfield Repair Shop has begun a friendly competition to collectively walk 1,270 miles by the end of the year. 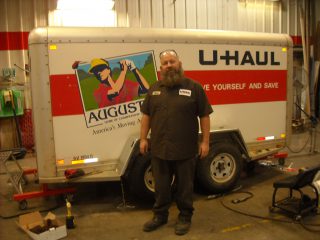 Mechanical express specialist Monroe Crites Jr. has lost two shirt sizes so far by going to a fitness center and walking during breaks. 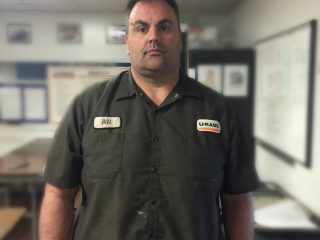 Pre-inspection specialist Bill Hacker has lost 34 pounds by cutting out sugars and sweets from his diet.