The Ultimate Football Experience is a fantasy day in Tempe, Arizona giving gridiron fans from the corporate world the once-in-a-lifetime opportunity to play football with the pros. Team U-Haul was back for the fourth year competing in the 2017 Kurt Warner Ultimate Football Experience. The team of eight U-Haul Team Members and friends played in the prestigious flag football event hosted by the recently announced, hall of fame quarterback on March 11th at the Arizona Cardinals’ training facility in Tempe. 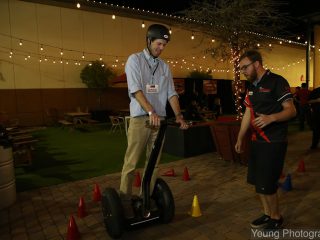 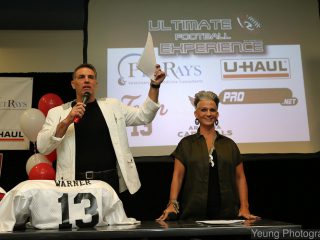 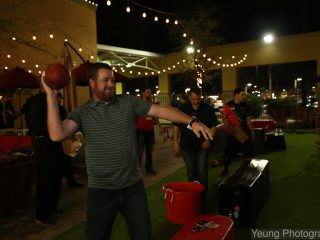 There were also auction items available to bid on throughout the evening with all proceeds going back to the foundation.

During the draft party, Team U-Haul carefully deliberated on their draft strategy and came out victorious with the draft pick, Brad Kaaya. After the draft party, players were encouraged to get home and get some rest for the long day ahead of them.

The weather couldn’t have been better at the following day’s UFE Game Day. The Arizona Cardinal’s offered full use of their training facility to the participants of the UFE. After stretching and a brief warm up the players headed to their fields for game one. 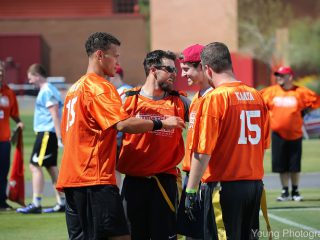 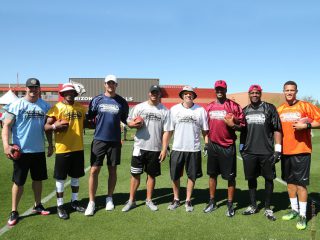 The celebrity lineup at the 2017 Ultimate Football Experience. 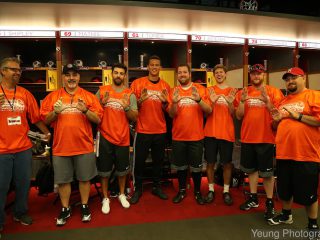 Team U-Haul throwing up the ‘U’ in Cardinals locker room.

After a long day of fast-paced back to back games, Team U-Haul came out with an overall finish of two wins and one loss.  Team U-Haul finished with high spirits having had an amazing experience sharing the playing field with the likes of some of NFL’s greatest players and supporting a great cause.

“I enjoyed representing U-Haul with such a great organization like the Kurt Warner Foundation,” said U-Haul Team Member, Norman Dudley. “I’m amazed by the amount U-Haul gets involved in foundations like this. I’m glad to be a part of a team that supports a good cause”.

Dak Prescott and the team ultimately took home the championship defeating Team UFE quarterbacked by the host himself, Kurt Warner. But the real winners are those served by FTF with approximately $130k raised!

To check out highlights from last year’s UFE click here.