Every year for nearly three decades, U-Haul management has gifted Thanksgiving turkeys to full-time workers and moonlighters across the entire network. It’s a remarkably generous tradition U-Haul Team Members and their families greatly appreciate and await every November.

In the Valley, hundreds of Team Members also opt to re-gift their turkeys to those who are less fortunate. The donated turkeys from the U-Haul Midtown Phoenix Campus, Technical Center in Tempe, Glendale Manufacture Company and Contact Center (including many work-from-home Team Members) are pooled and sent to St. Mary’s Food Bank, a longtime charity partner of U-Haul.

The St. Mary’s turkey drive “Super Saturday” event, held the weekend before Thanksgiving, has become probably one of the most covered philanthropic news stories by Phoenix media.

U-Haul volunteers delivering a truckload of turkeys and representing the 958 Team Members who donated were showcased in a segment on Fox 10 Arizona Morning during the 6 o’clock hour Nov. 18 at Albertson’s grocery in Desert Ridge, one of several sites where St. Mary’s was collecting donations. Also, azfamily 3TV CBS 5 featured St. Mary’s and U-Haul at 7 a.m. and 5 p.m. on its Saturday broadcasts.

“There are so many people in the Valley who are less fortunate, that have a great need, and that’s why we’re out here today donating all these turkeys,” Sebastien Reyes, U-Haul Director of External Communications, shared with 3TV CBS 5. “We’re a service-oriented business, so it’s very natural for our Team Members to see what the need is in the community and try to meet that need.”

U-Haul Chief of Staff Jessica Lopez noted the traditions of U-Haul giving turkeys to its Team Members, and many Team Members then giving their turkeys to St. Mary’s, are Thanksgiving rituals that warm the heart.

“This is one of my favorite days of the year,” Lopez said. “I consider it a privilege to be able to hand a turkey out to our team and thank them for their hard work and dedication. In fact, managers line up to be able to hand out a turkey to their Team Members. They insist on personally thanking their teams.

“Everyone’s smiles are infectious. Then, to witness the generosity and pay-it-forward attitude when they get to donate their turkey to St. Mary’s is very rewarding. People want to work for a company that gives back to the community. It is the right thing to do. I am so proud to say I work for such an amazing company with truly wonderful people.”

Finally, U-Haul and St. Mary’s are each celebrating golden anniversaries in Phoenix this year. U-Haul is marking 50 years of being headquartered in Phoenix since relocating from Portland in 1967. St. Mary’s is also observing 50 years in operation of feeding the hungry in Arizona.

Did you know U-Haul proudly serves as the sponsor of St. Mary’s food drive box program? Look for a donation box near you and find the U-Haul logo on the side. 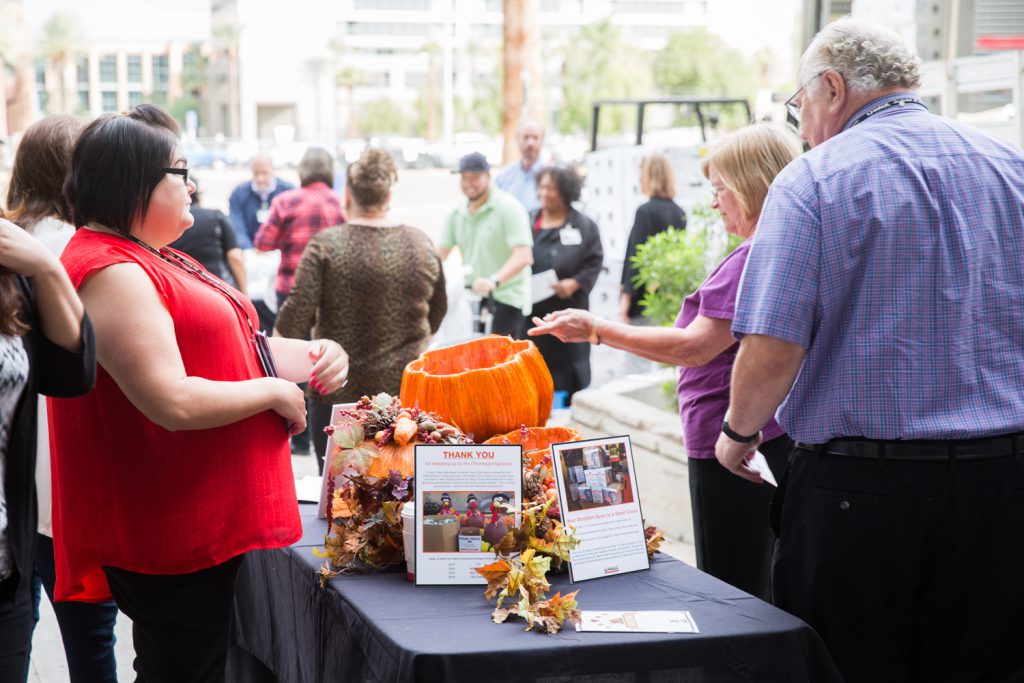 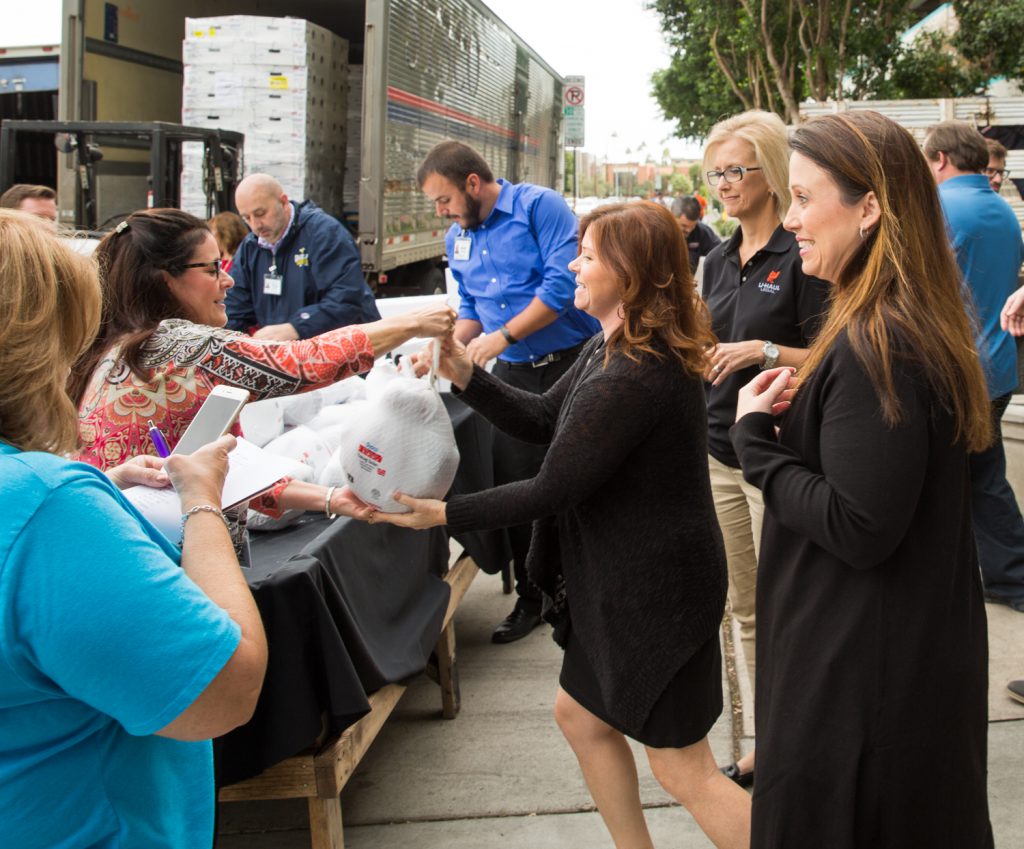 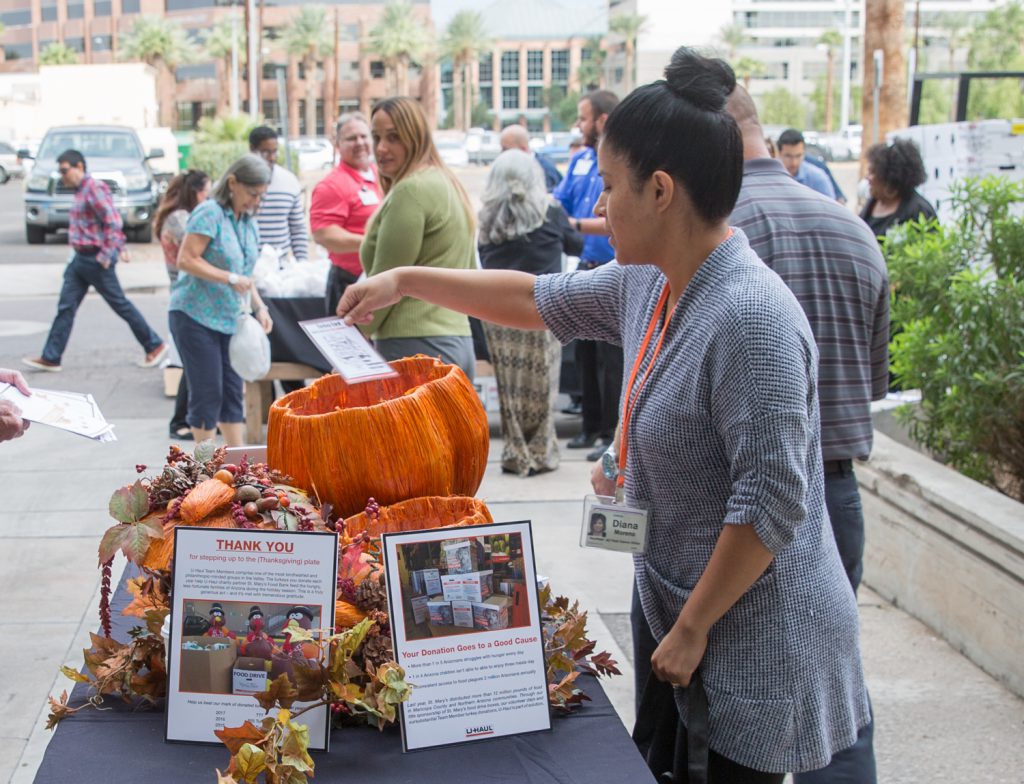 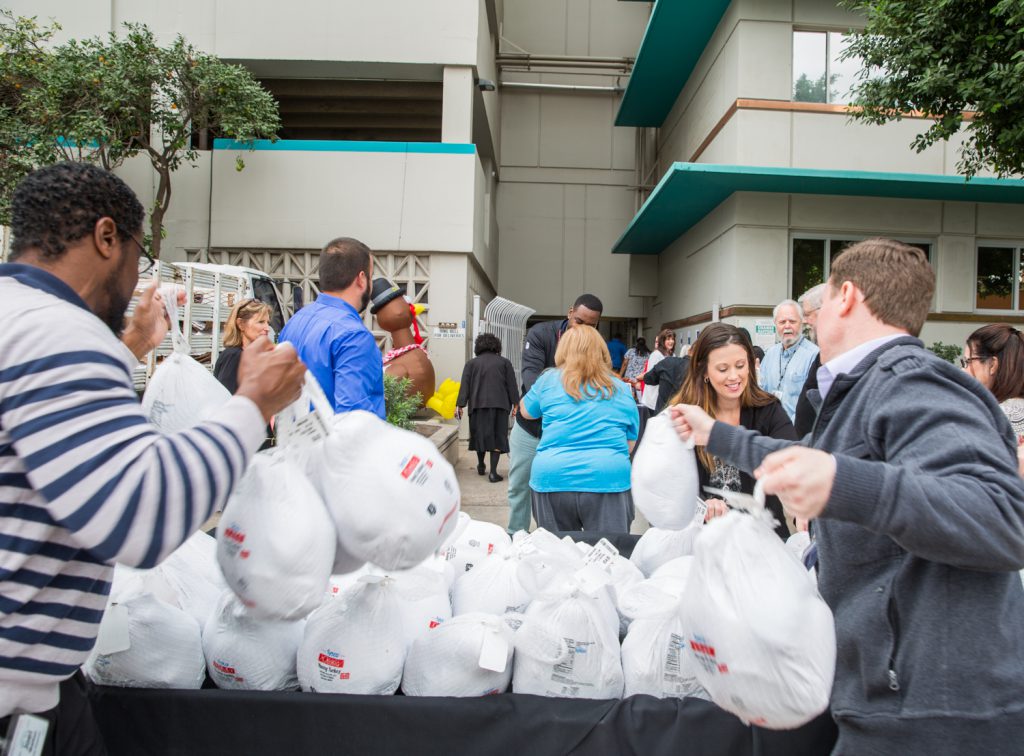 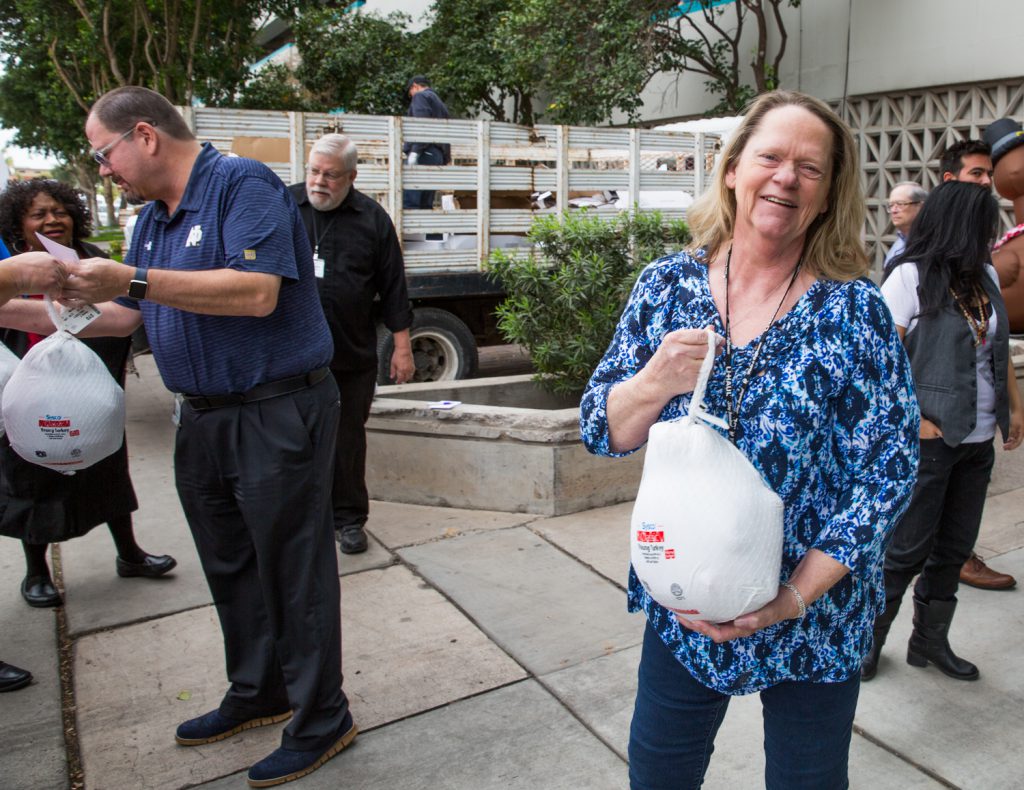 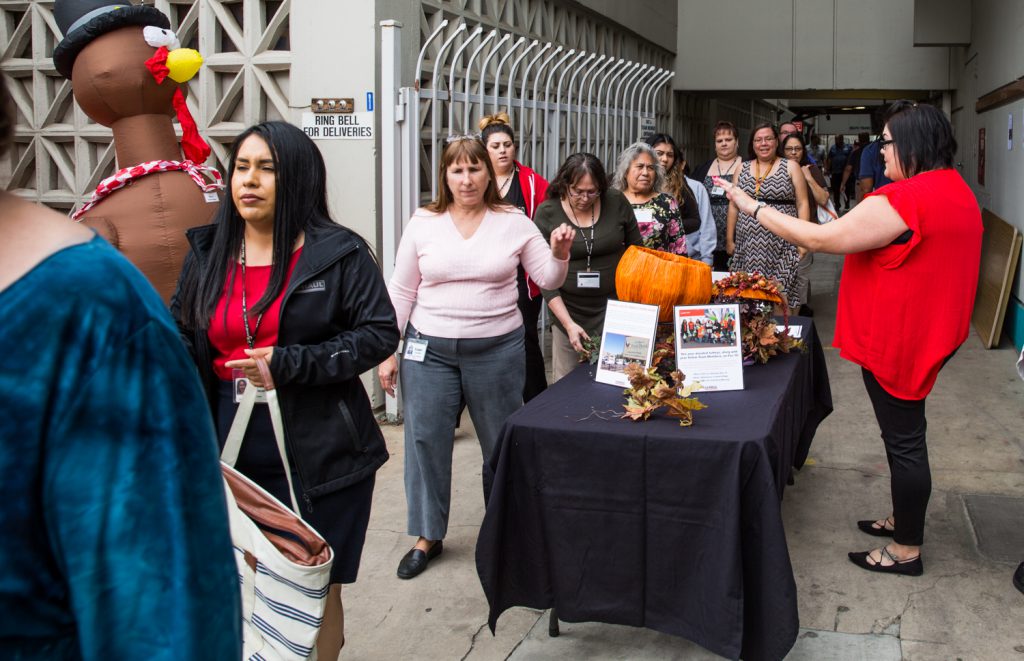 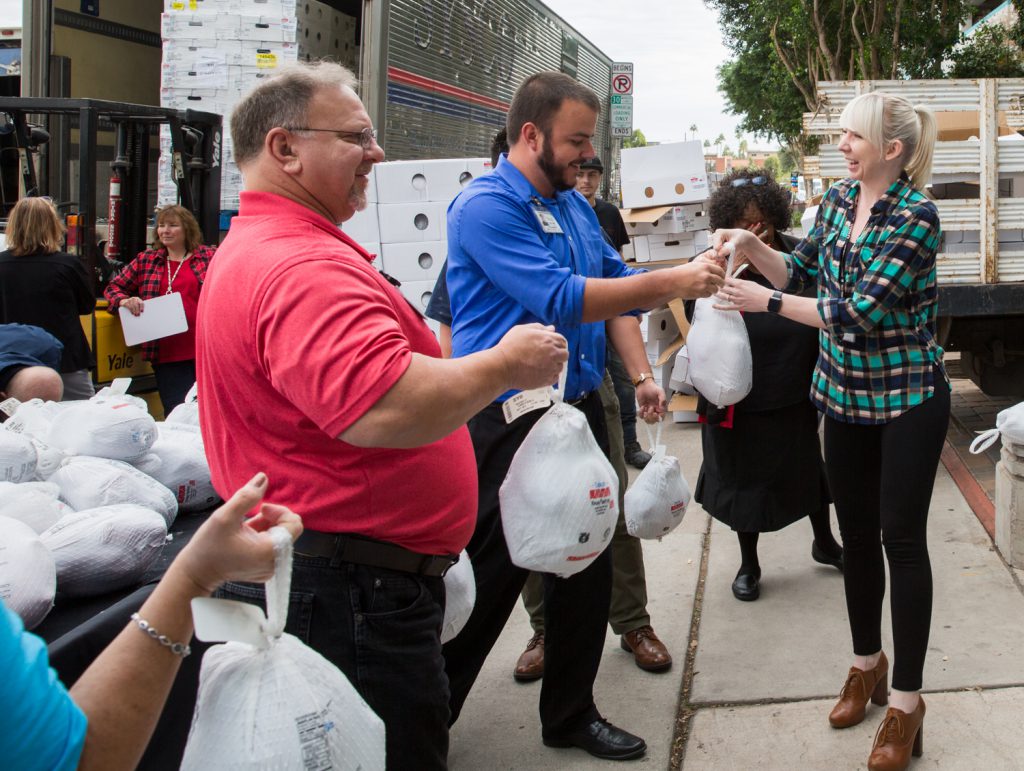 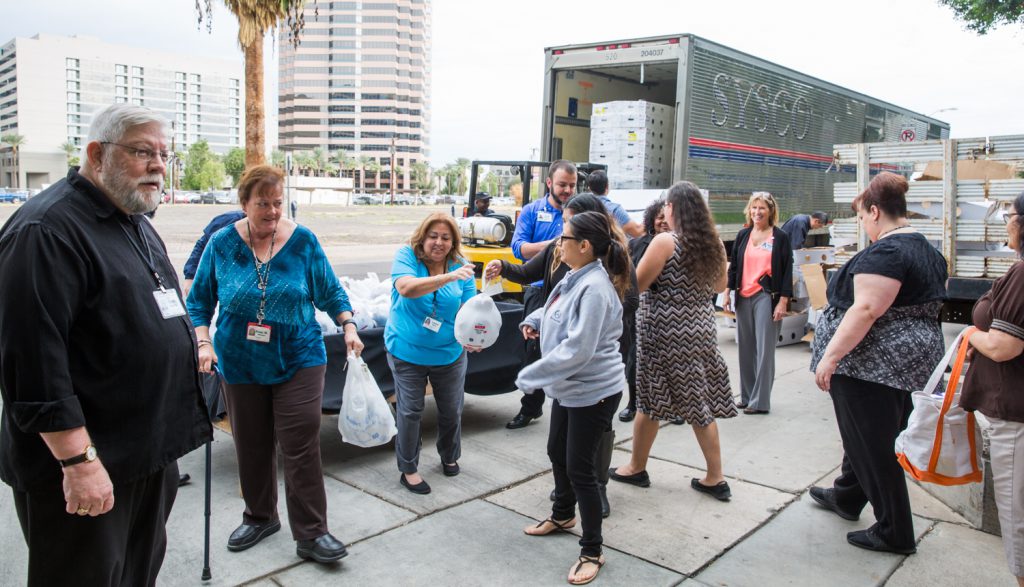 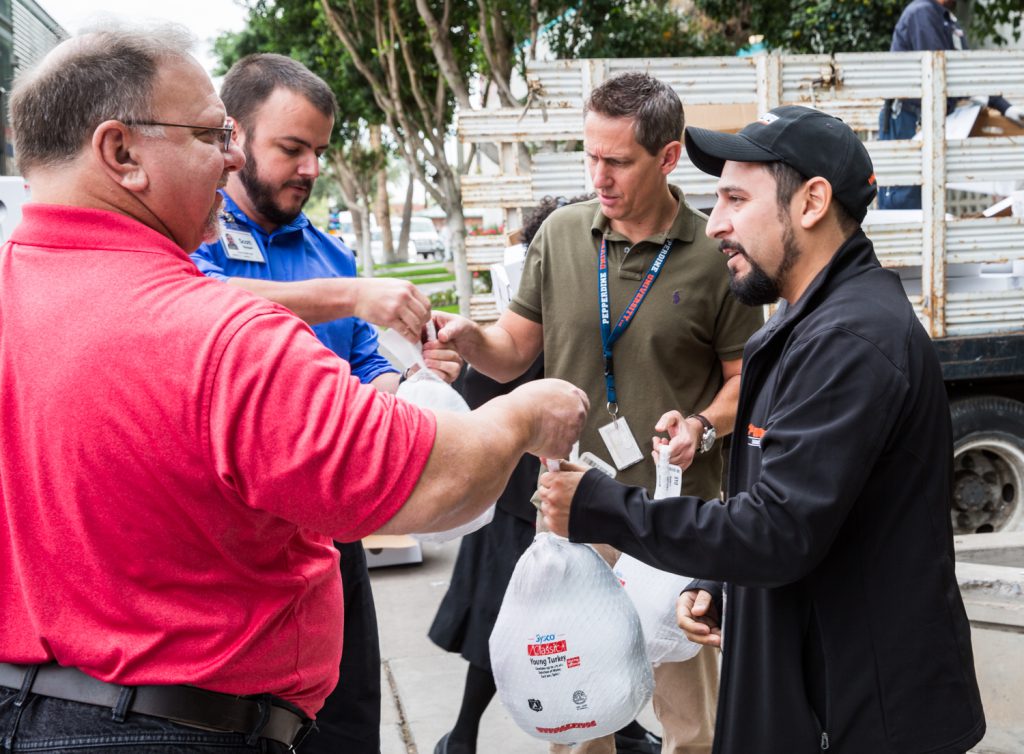 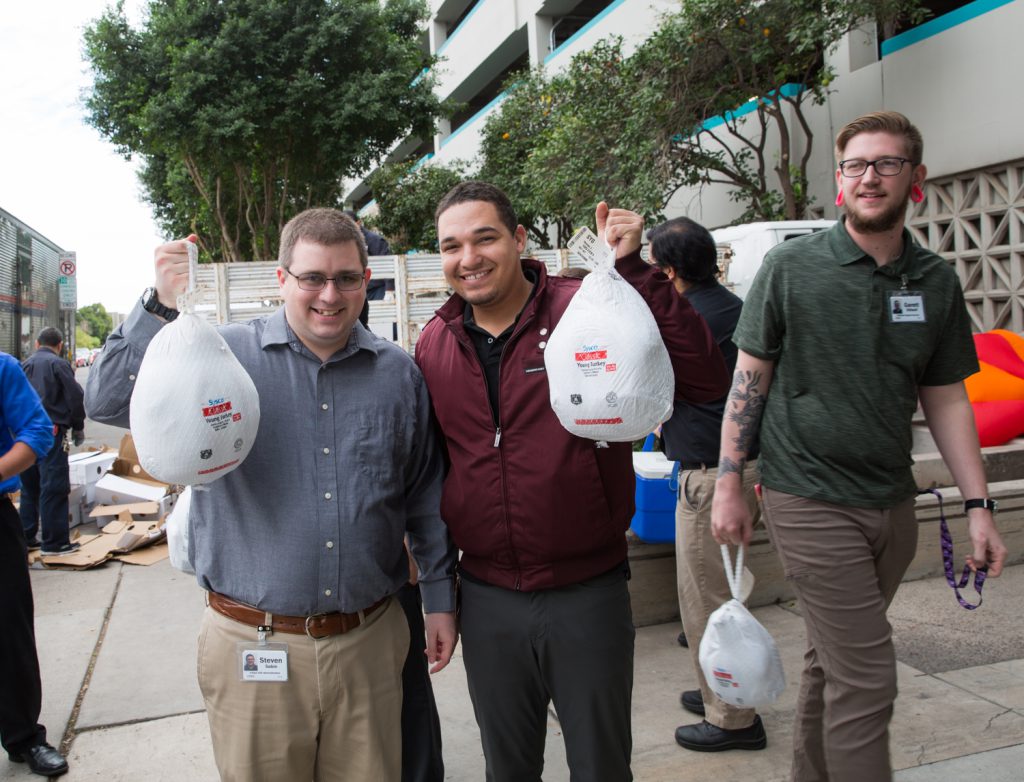 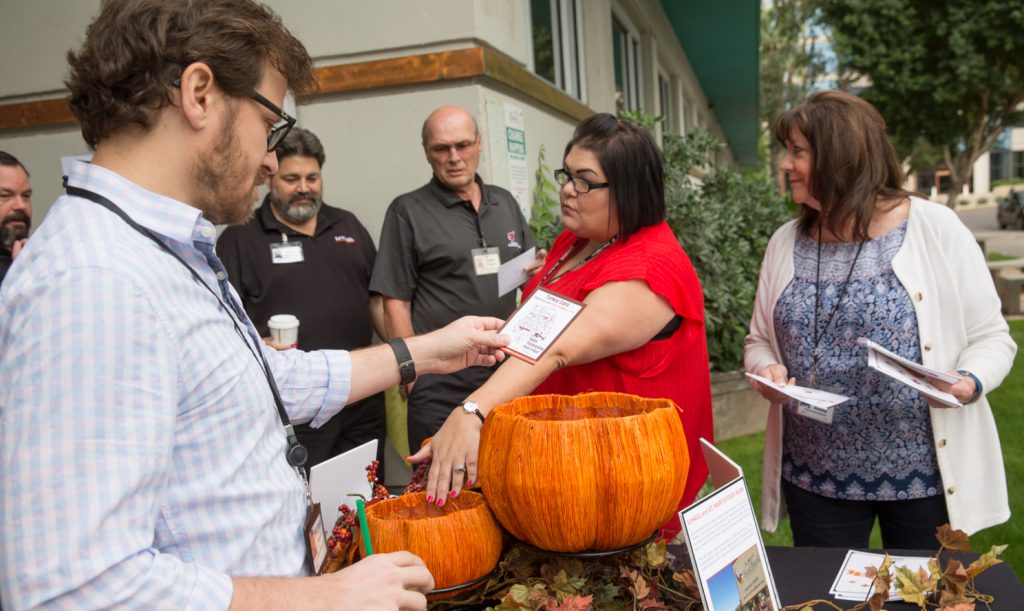 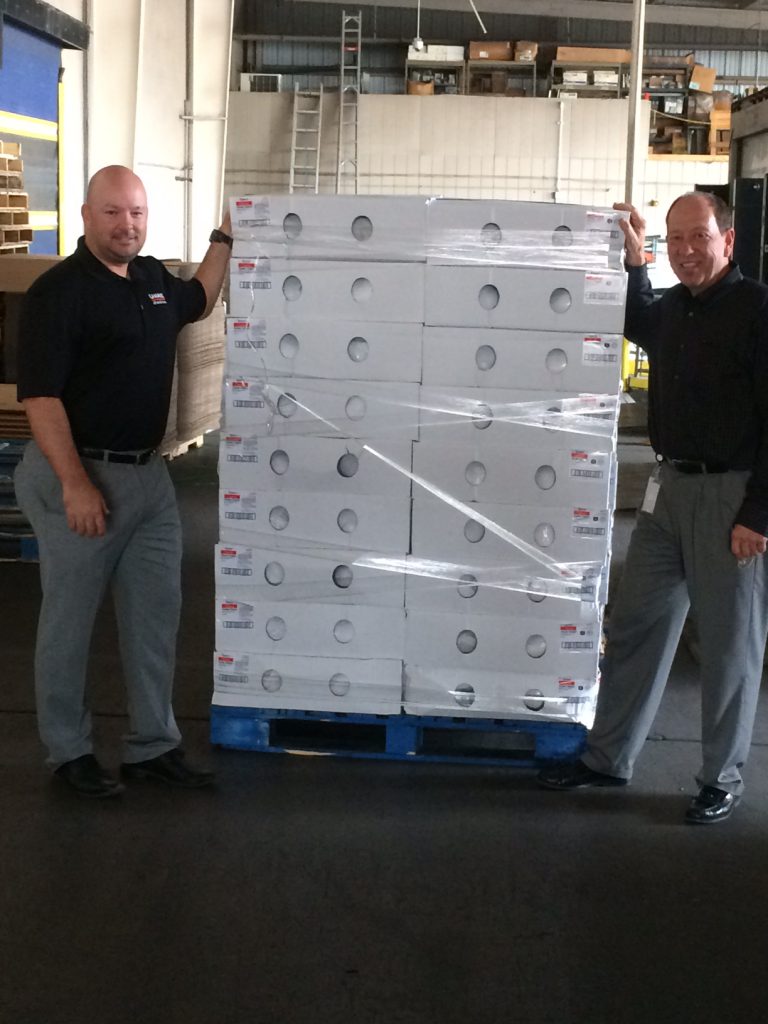 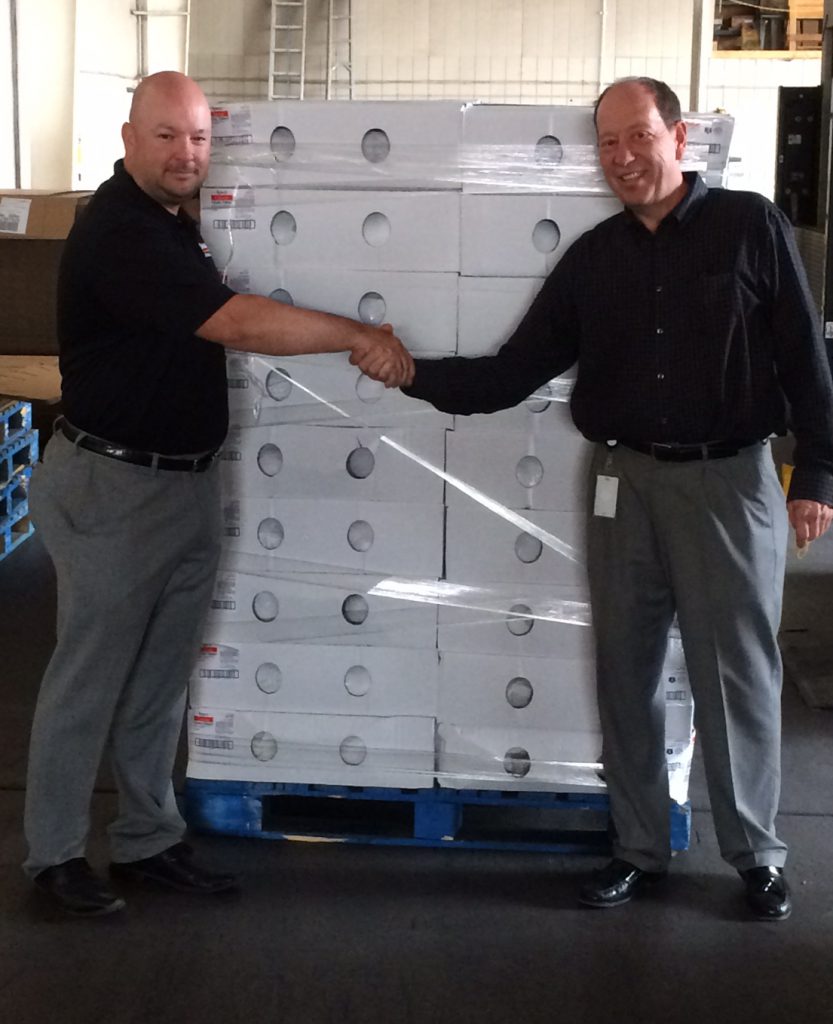 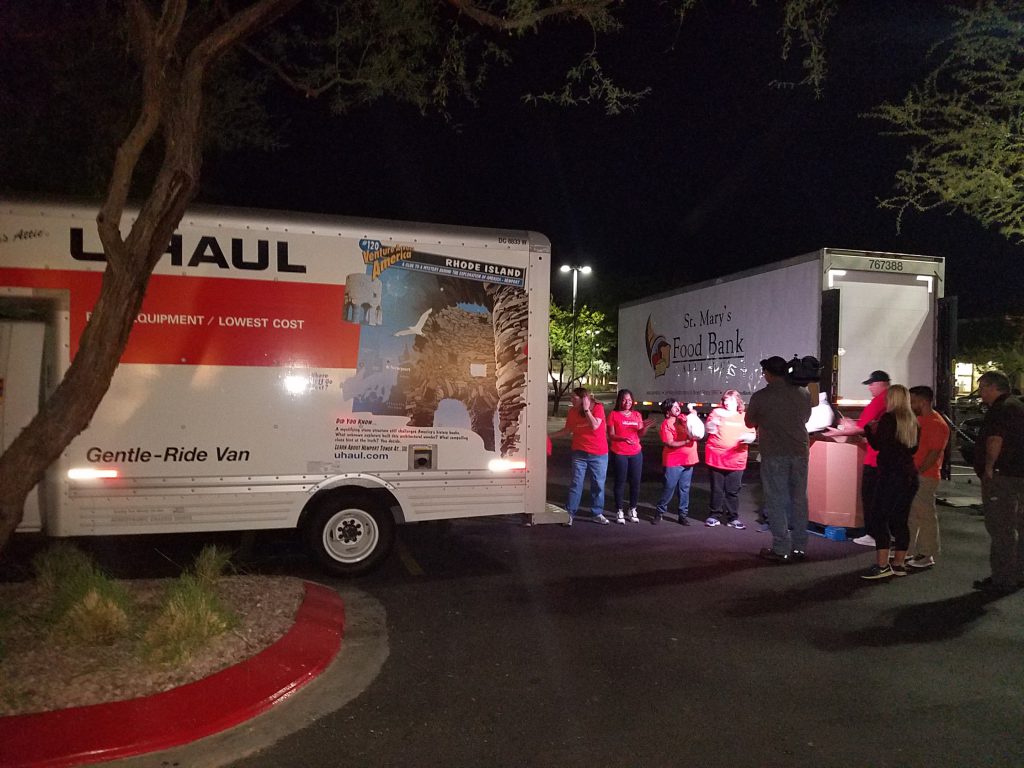 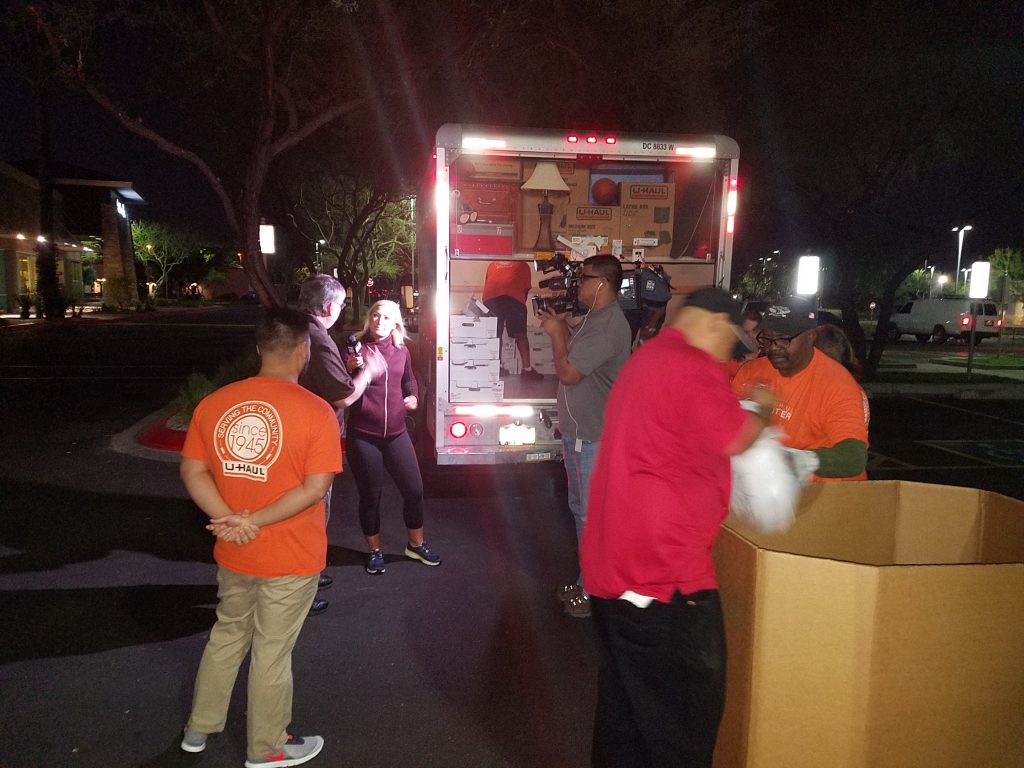 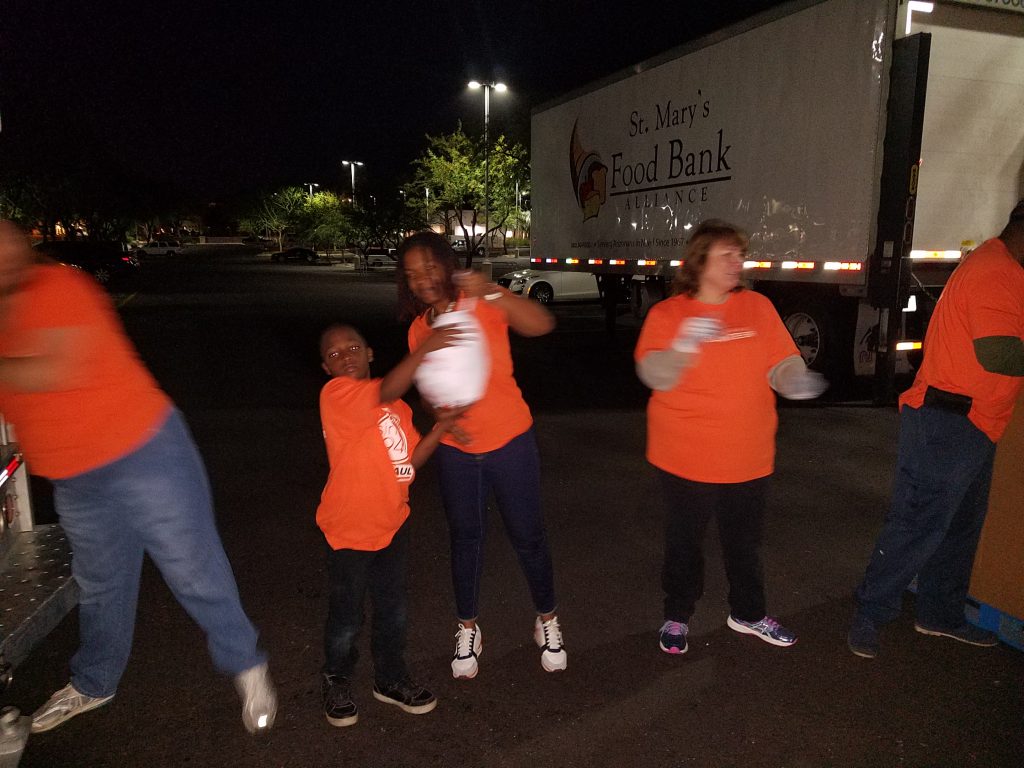 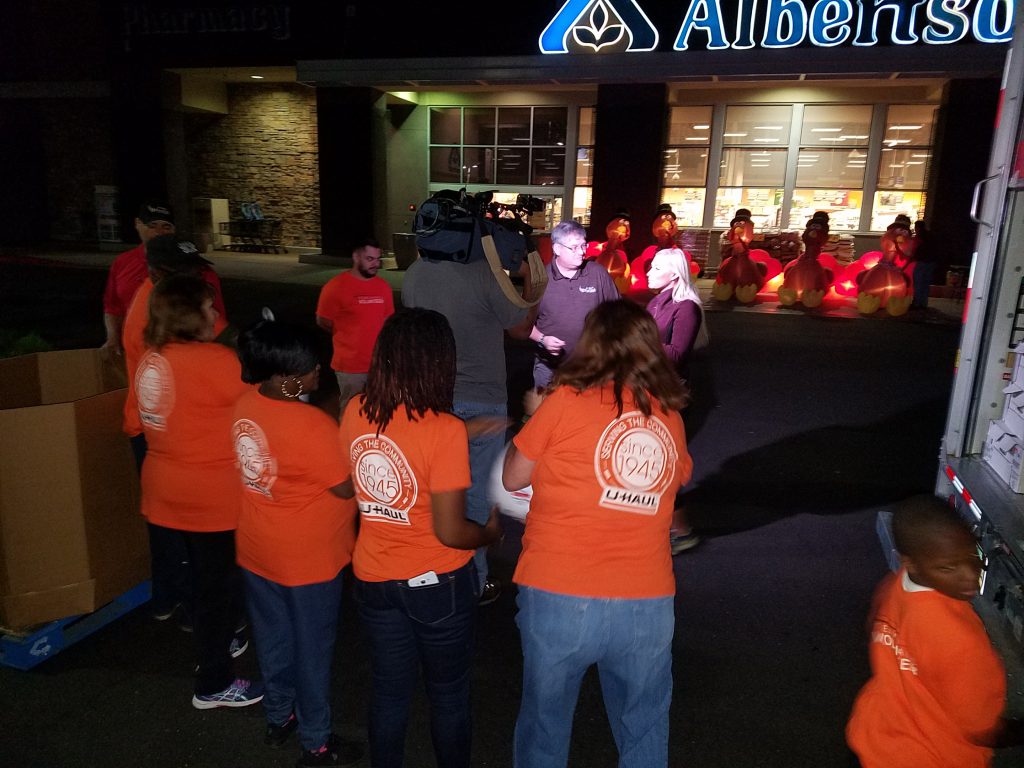 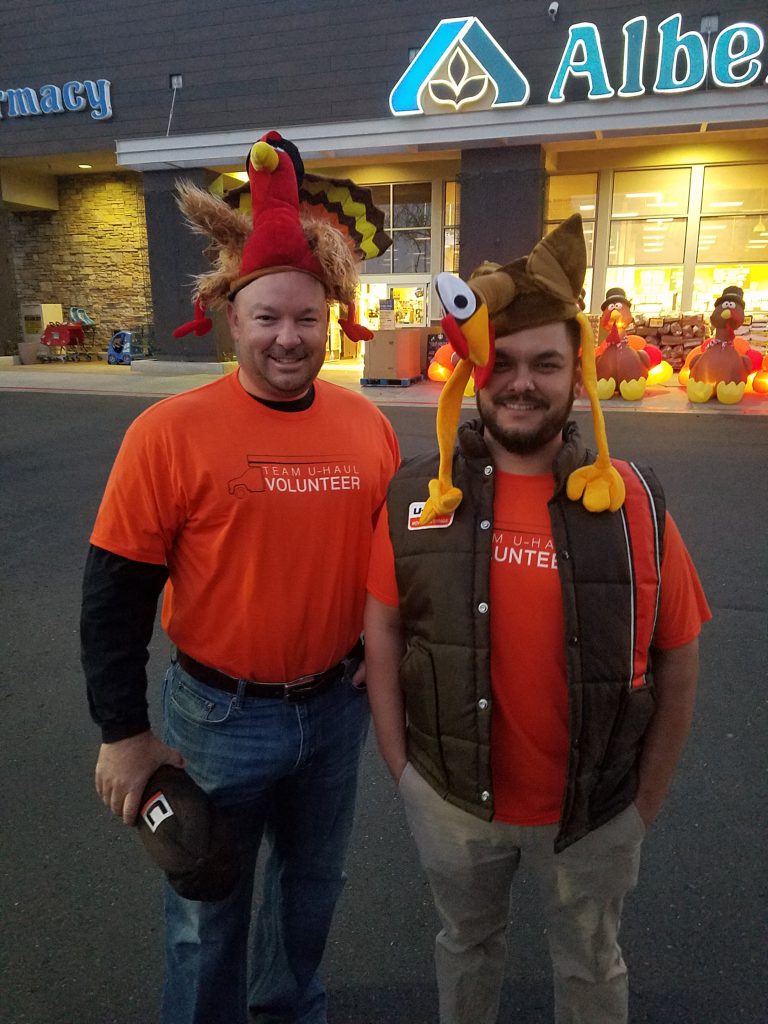 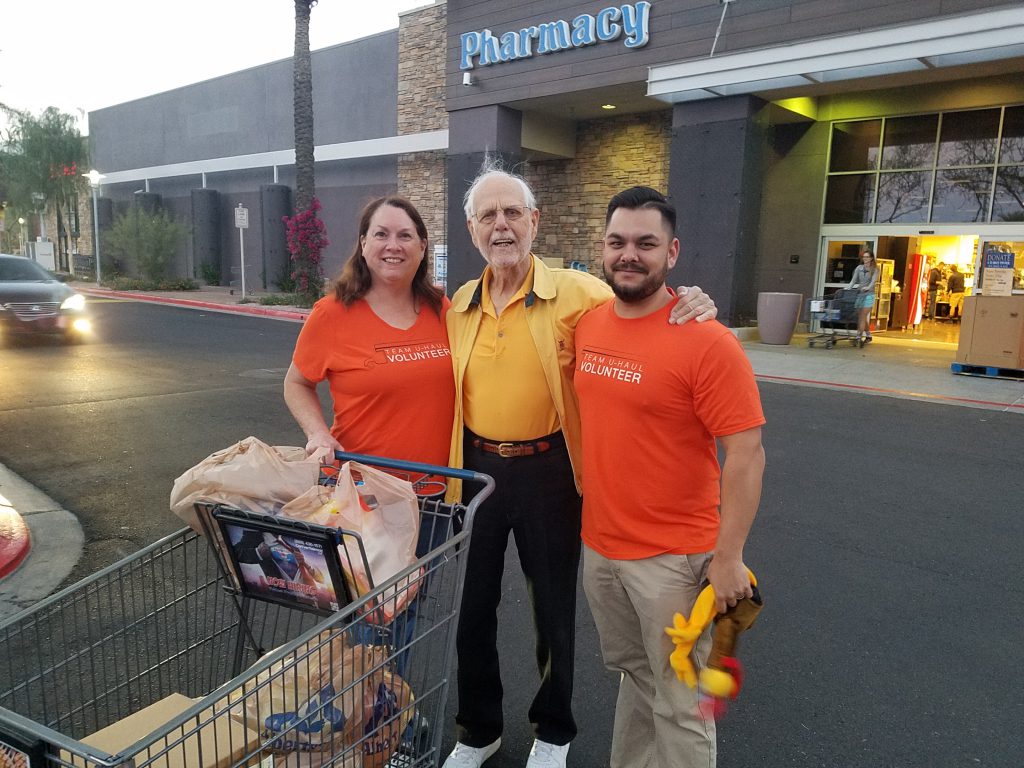 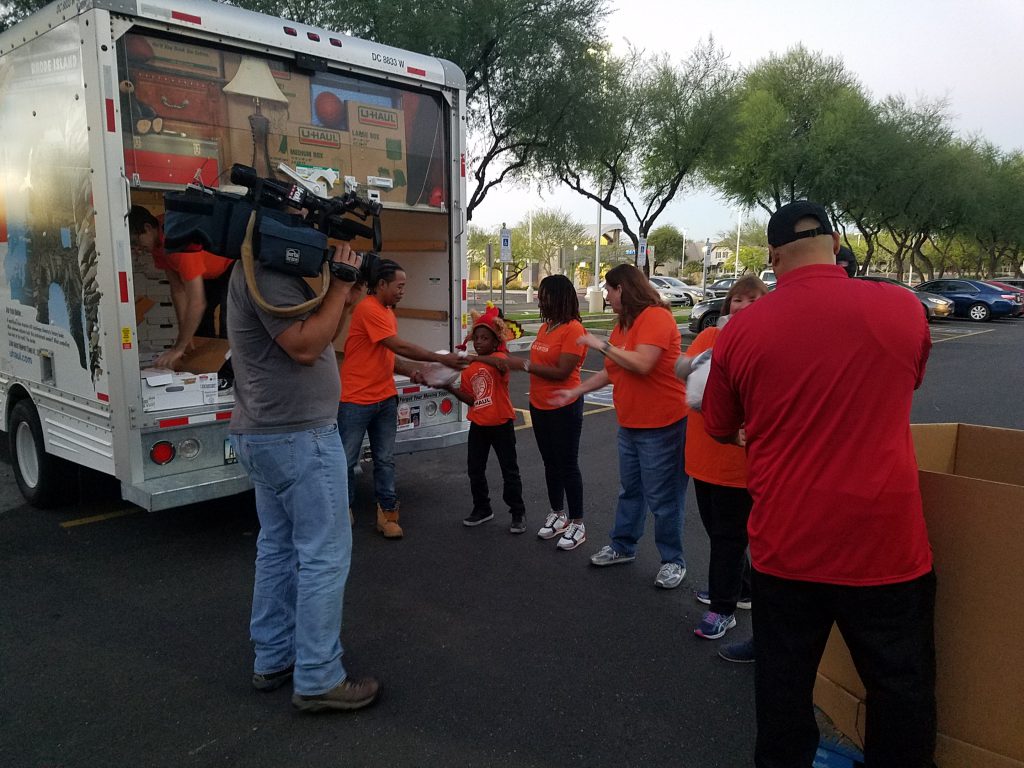 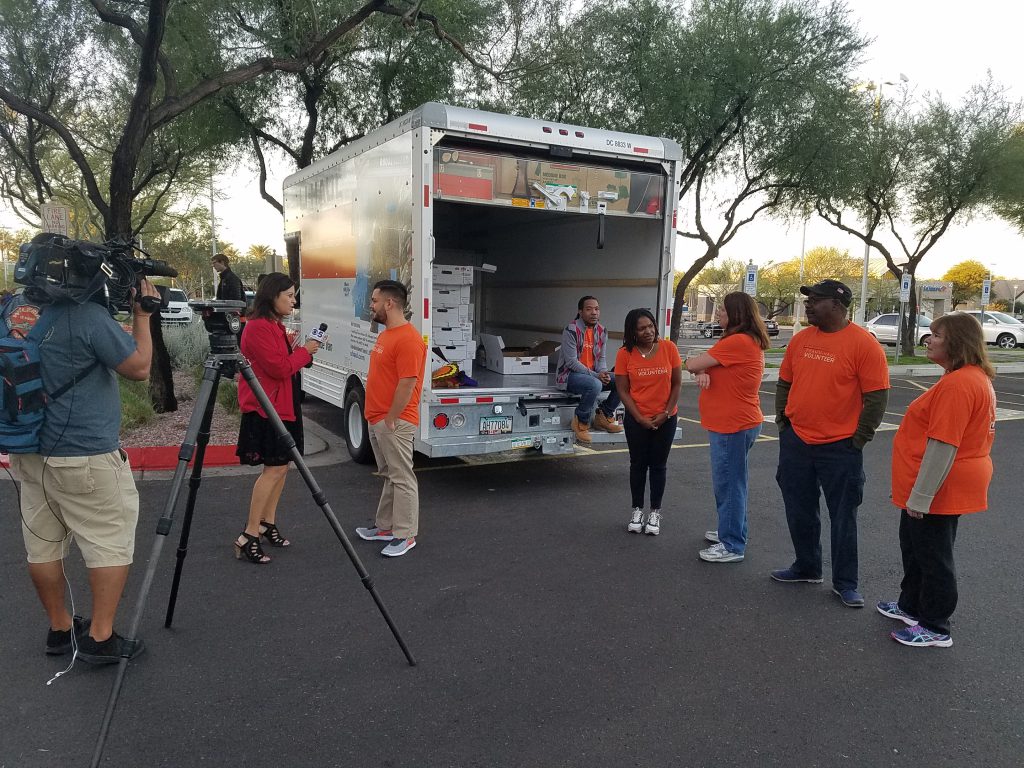 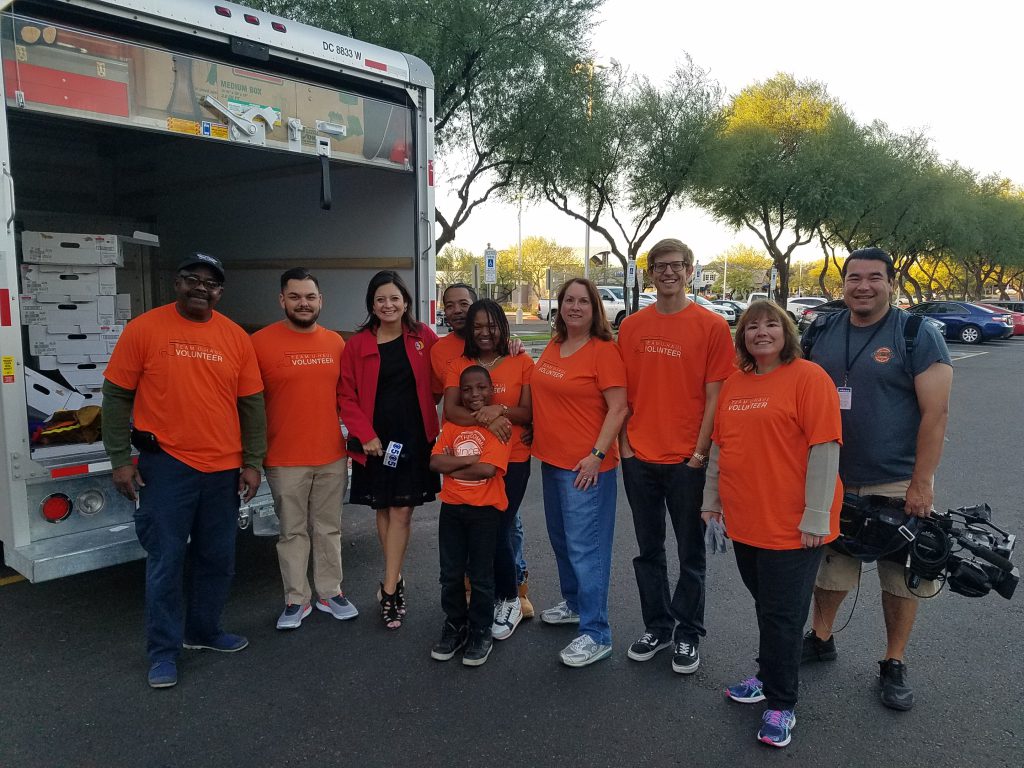 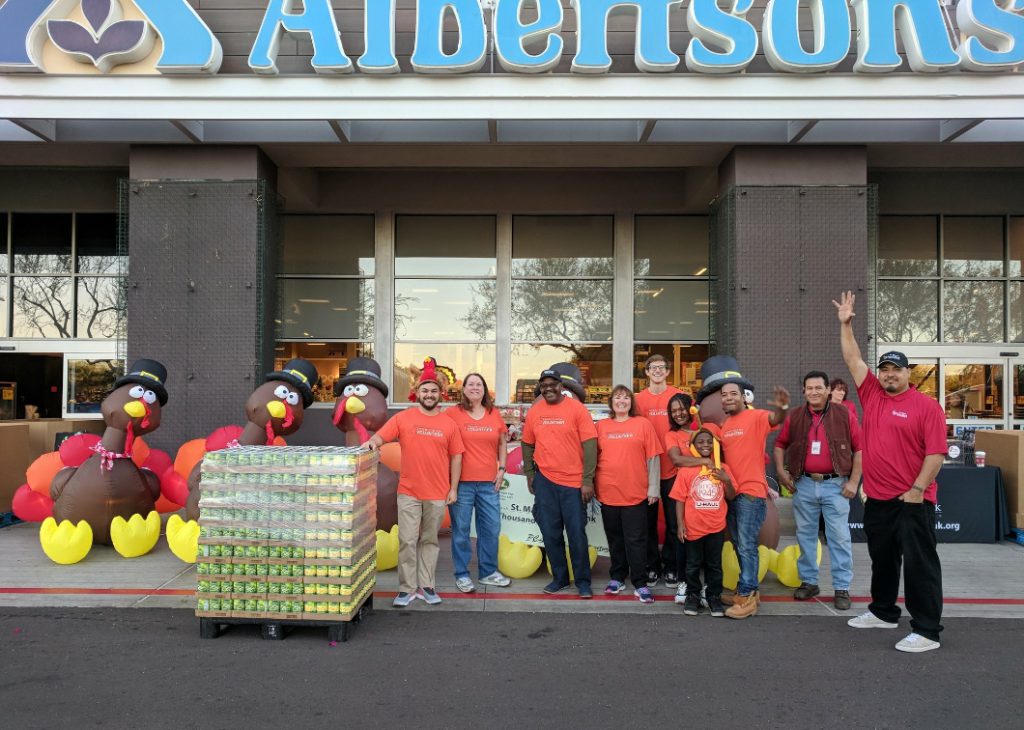