NEW YORK CITY — Bundled in bright orange scarves, U-Haul Team Members, family and friends didn’t let unseasonably cold weather stop them from honoring and supporting all those who have served and are actively serving during the 2017 Veterans Day Parade held in New York City.

“U-Haul Supports Our Troops” could be heard loud and proud as patriotic Team Members from the U-Haul Companies of Manhattan/Bronx, Brooklyn/Queens/Staten Island, Long Island, Northern New Jersey and the Lower Hudson Valley marched up Fifth Avenue handing out American flags to more than 500,000 spectators along the route.

“In our 12th year of support and participation, we were once again very proud to have the opportunity to honor our veterans and acknowledge their service to our country,” said Jeff Sonberg, UHC of Manhattan/Bronx president. “There was a different feel to this year’s parade. Almost as if you weren’t part of it, you would be missing out on something special.”

Finally, the 98th annual parade in the Big Apple served to recognize the centennial of America’s entry into the First World War in 1917. Each branch of military service is on display in the parade, but every year one branch is front and center. The U.S. Air Force, celebrating its 70th birthday, was the featured service this year.

Team U-Haul was proud to welcome the participation of many of its own veterans representing all branches of the U.S. Armed Forces. Heartfelt handshakes and many thanks were shared among the veterans throughout the day. U-Haul, founded by WWII Navy veteran L.S. (Sam) Shoen and wife Anna Mary Carty Shoen, relies on veterans to shape and build its brand, products and services.

U-Haul continues to embrace the veterans’ community by giving them priority in the recruiting process for jobs. U-Haul Company’s commitment to hiring and helping veterans has never been stronger than it is today.

“Our Team Members and their children stole the hearts of many. They also received a mention on live TV as future supporters of our veterans, of which we couldn’t be more proud,” Sonberg remarked. “Participating in the parade continues to be one of our favorite opportunities to show our sincere appreciation.” 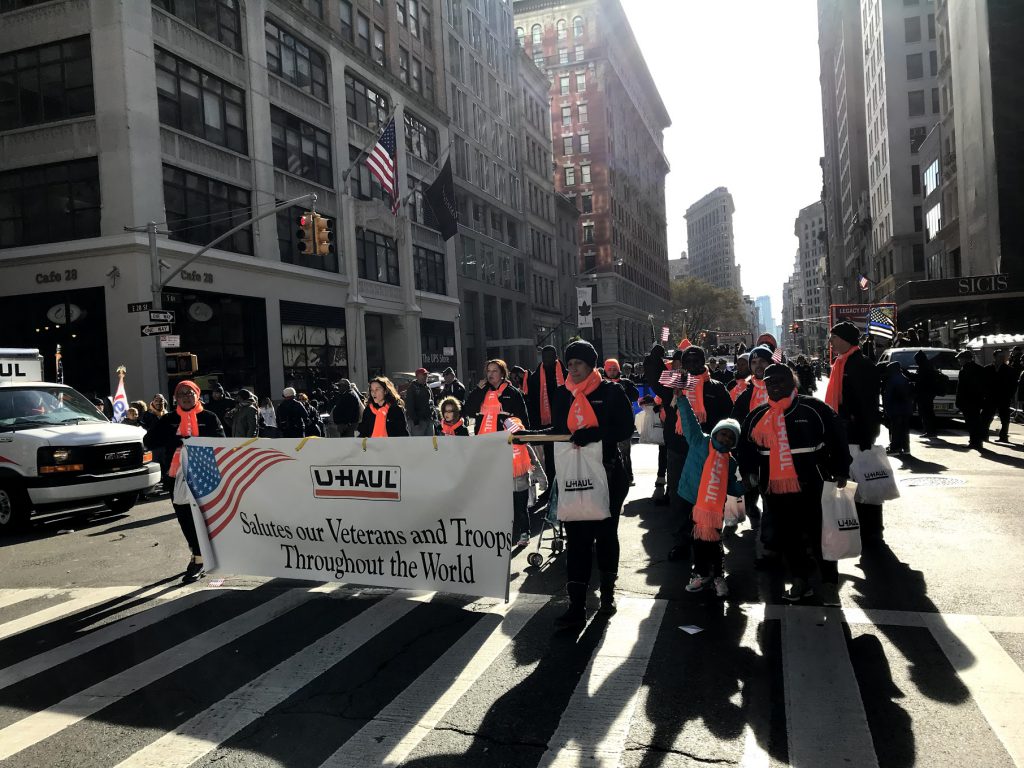 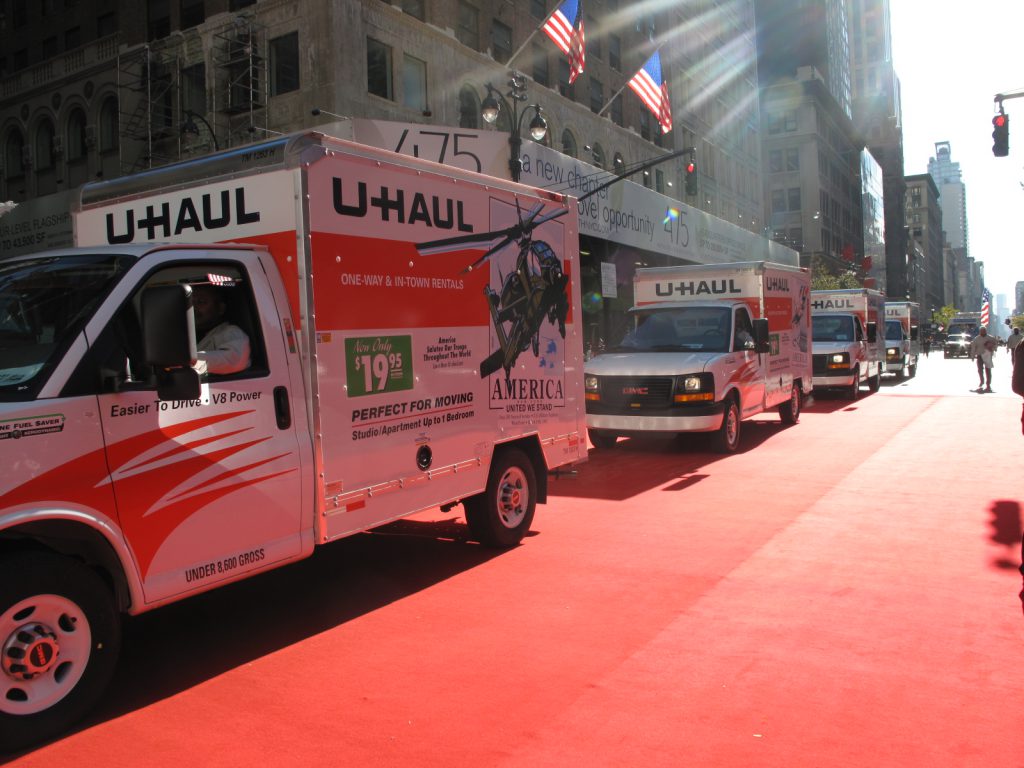 U-Haul trucks with the U.S. Armed Forces SuperGraphics were on display in the parade. 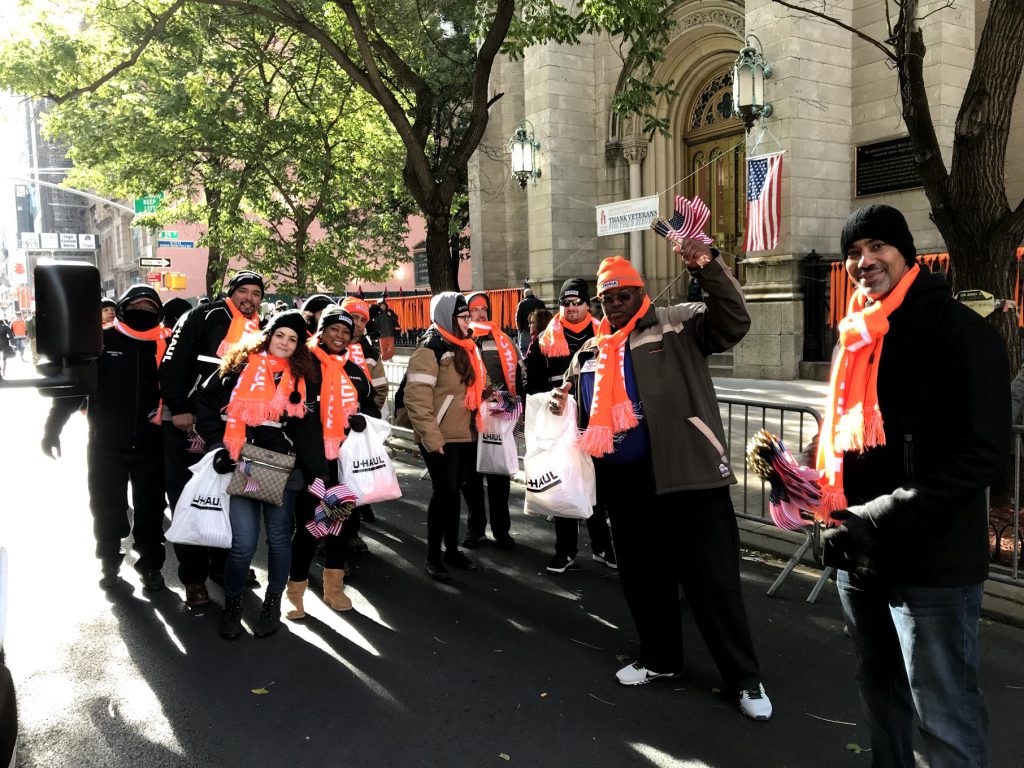 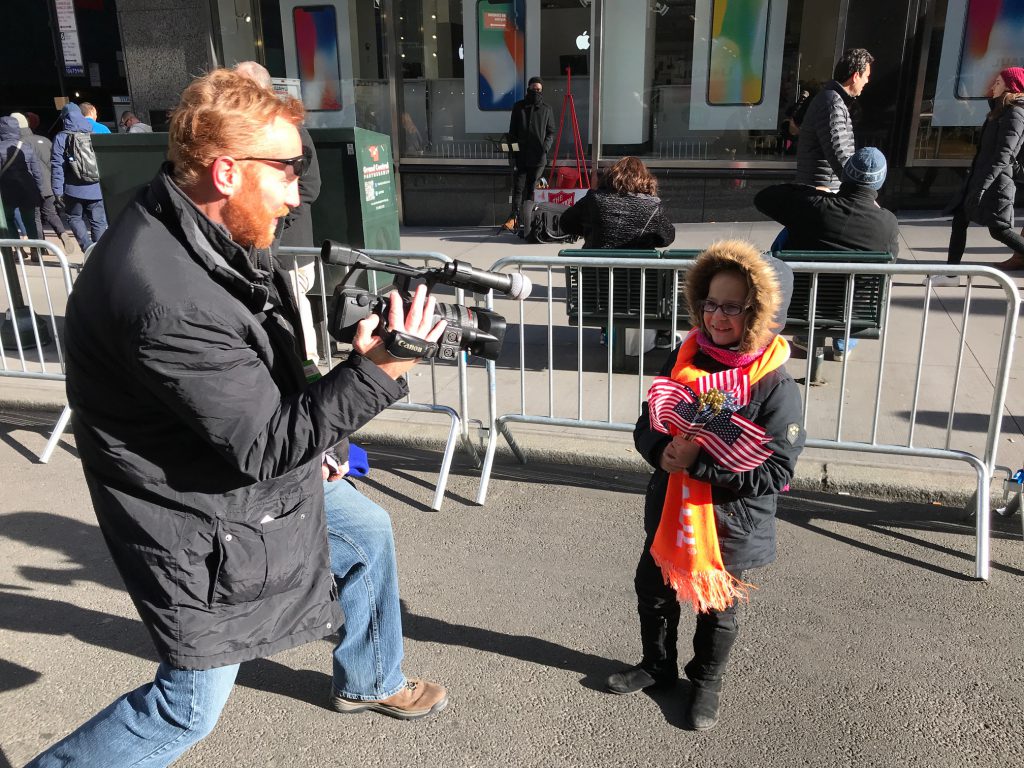 One of U-Haul Teams youngest parade participants saying hello to the camera. 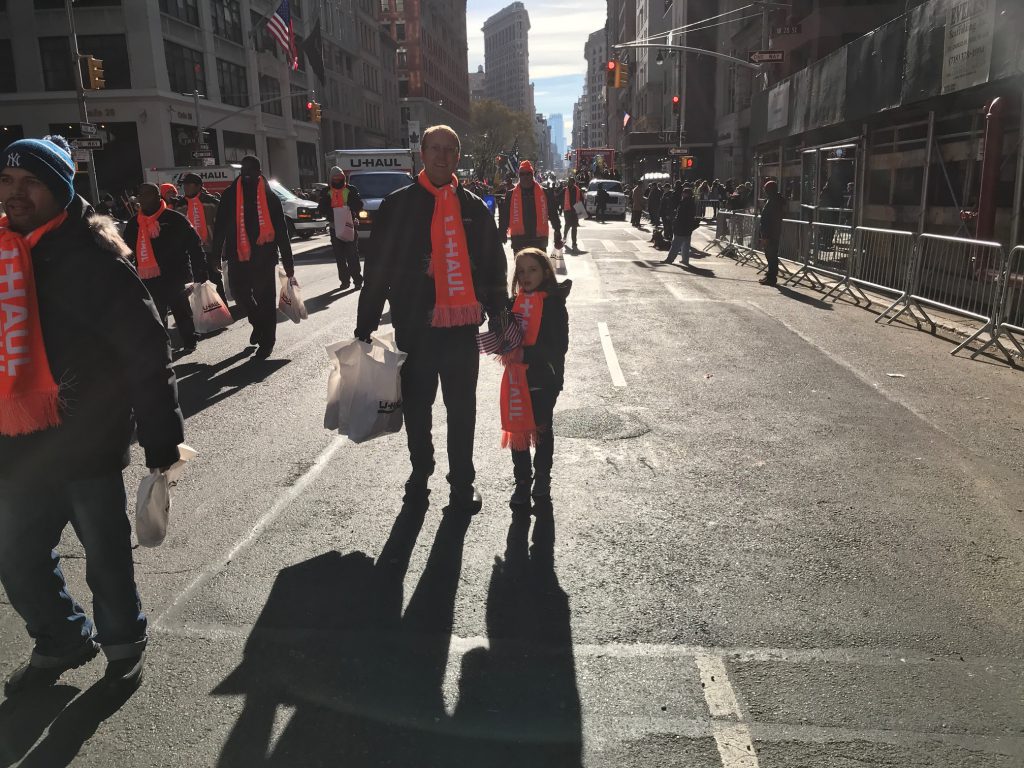 Will Wolff, president of U-Haul Company of Brooklyn/Queens/Staten Island, and his daughter passing out flags along the parade route. 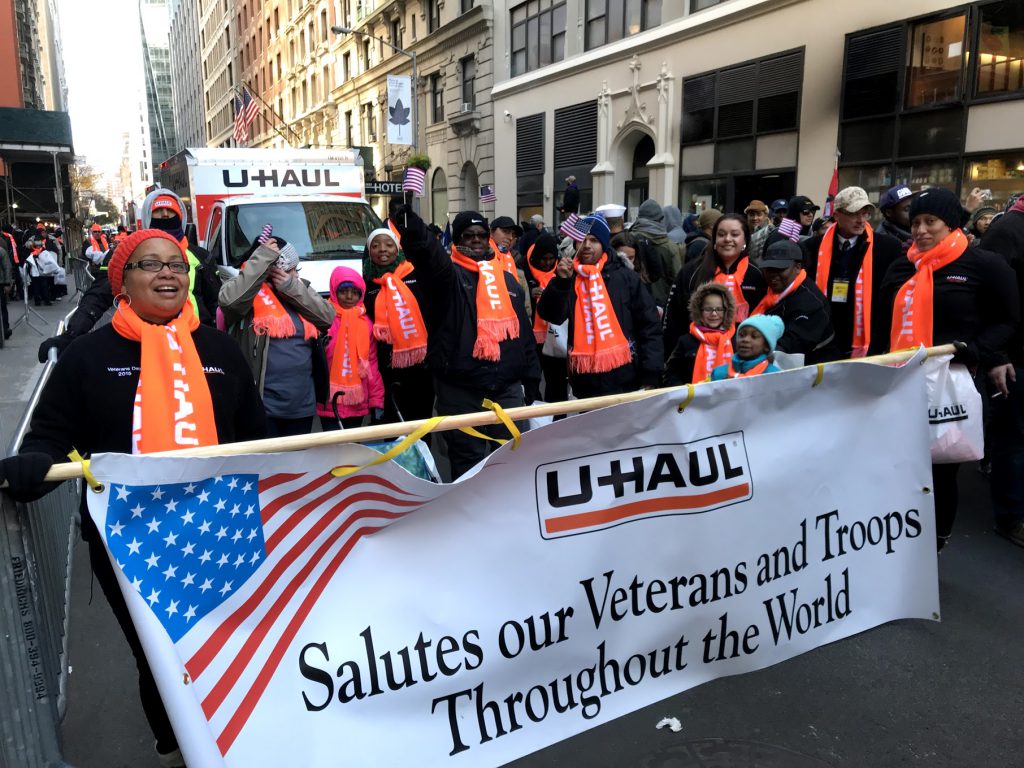 Team U-Haul Salutes our Veterans and Troops Throughout the World. 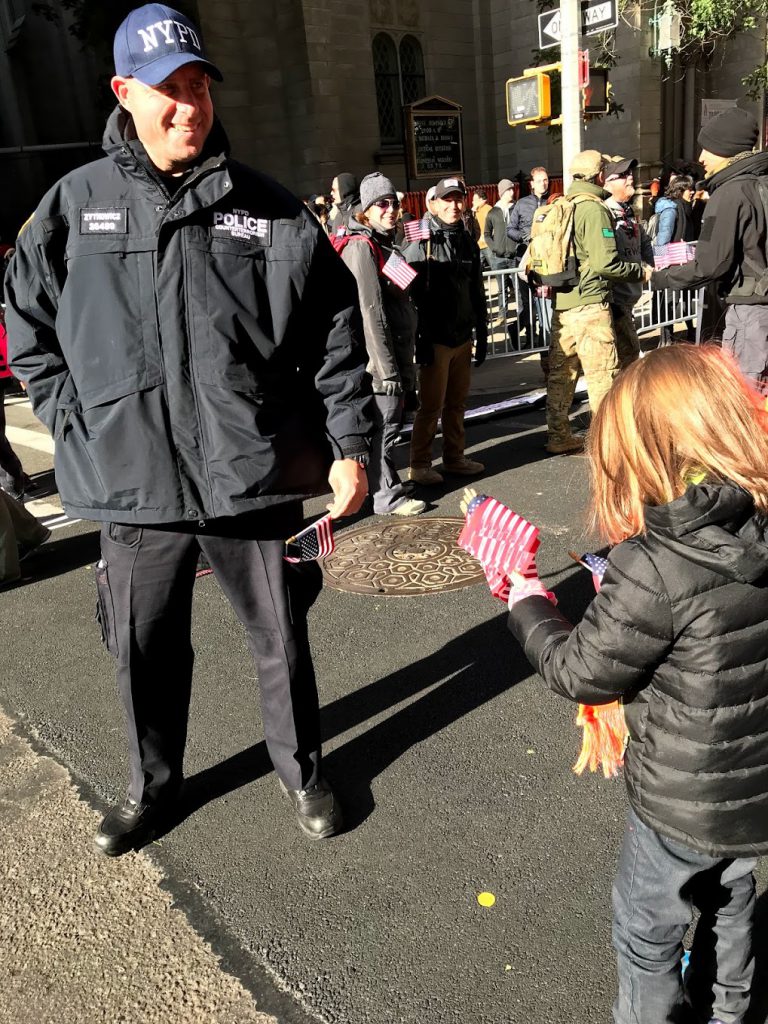 An NYPD Officer accepting a flag with a smile.