Carl White got his hands on a bullhorn this year. But truth be told, it didn’t really coax him into lowering his voice.

Rousing tens of thousands of onlookers with his booming chants of “U.S.A.” and “Support Our Troops,” White led more than 60 U-Haul Team Members along a three-mile Phoenix Veterans Day Parade route Wednesday as the industry leader in do-it-yourself moving and self-storage paid tribute to America’s veterans.

“I love meeting the people out here, having fun with them and getting them inspired,” said White, a 19-year U-Haul Team Member on the building maintenance staff at the Phoenix corporate towers.

“It’s about realizing that our troops should be appreciated and we should be glad they’re here for us. I just love doing this. My father and brothers and sisters were in the military. But I’ll tell you what, if they came and asked today, I’d suit up with them.”

U-Haul has long been a staple of the Veterans Day parades in Phoenix and New York City (known as America’s Parade), entering a line of its rental trucks featuring the U-Haul Armed Forces SuperGraphics to the pleasure of admiring crowds.

At U-Haul, nothing compares to the honor of shaking the hands of veterans and offering a humble and sincere “thank you” for their service. These parades present an ideal opportunity to show our gratitude.

“It gives you a heartfelt feeling when you see the older veterans on the side of the parade – you just have to walk up to them and thank them,” said John Quintero, a shipping and receiving specialist with 23 years of U-Haul service. Quintero’s military tenure as a crew chief for electronic combat stretched from 1982-87.

“When you’re in the military … you make brothers real quick and you remember the guys who were there before you,” said Don Peters, a Tech Center maintenance supervisor who has been with U-Haul for five years. “I have a very long family history in the military. Veterans Day is about them. I don’t look at it like it’s about me. That’s for my kids and my kids’ kids. For me, it’s about (my family) and all these World War II vets, Korean vets and Vietnam vets. I look at them and stand in awe of them. This is their time.”

Peters served in the Army from 1989-95 as a military policeman with the combat infantry.

“I spent seven months in the desert for Desert Shield/Desert Storm,” Peters continued. “I made a lot of good friends. I’ve been kind of all over the world: Cuba, Haiti, Somalia. I jumped out of airplanes for a while. I’d do it again in a heartbeat, and everybody should at least experience (military service) once.”

U-Haul Team Members handed out thousands of American flags during the Phoenix parade as people – lined up several rows deep along portions of the route – cheered and waved. Children received U-Haul toy packets for making trucks and U-Box containers.

The Phoenix parade culminated with a walk past the VA Hospital, where the collection of American heroes watching the parade was inspiring.

“To me, it’s honoring anybody who served: past, present and anybody looking to serve,” said U-Haul sales and reservations representative Morgan Hunter, who participated in past Veterans Day parades with the Goodyear Millennium High School marching band. “To this Company, it means the same thing – to honor and thank those who have served over the years. We are definitely active in the hiring of veterans and things like that. It’s one of the things we as a Company pride ourselves in.”

U-Haul partners with numerous charitable organizations that benefit veterans and is a founding partner of Wounded Warrior Project’s Soldier Ride. U-Haul is proud to be recognized annually as one of the top veteran-friendly employers in the U.S.

Click here to read our stories from the 2014 Veterans Day parades in Phoenix and New York City. 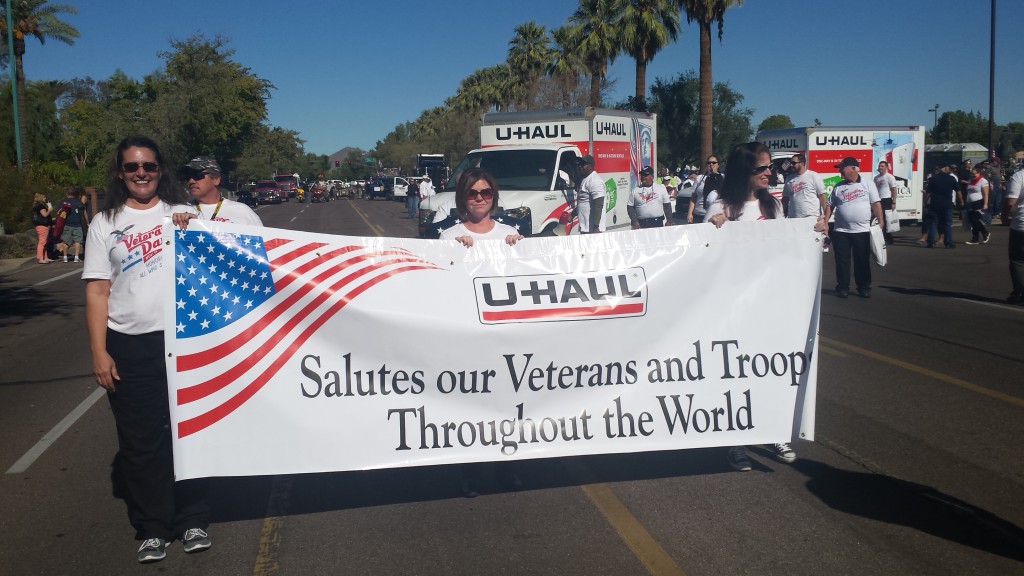 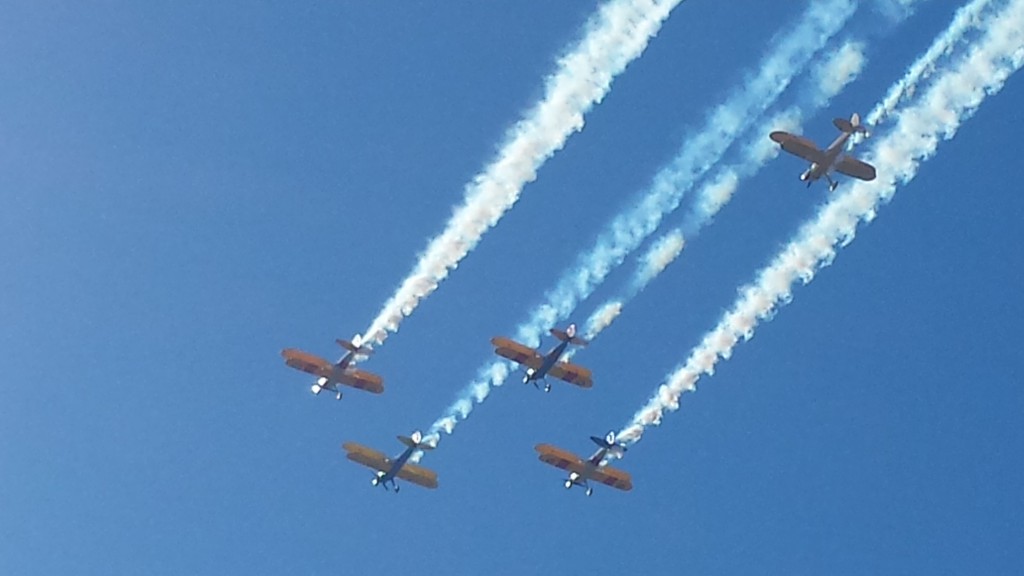 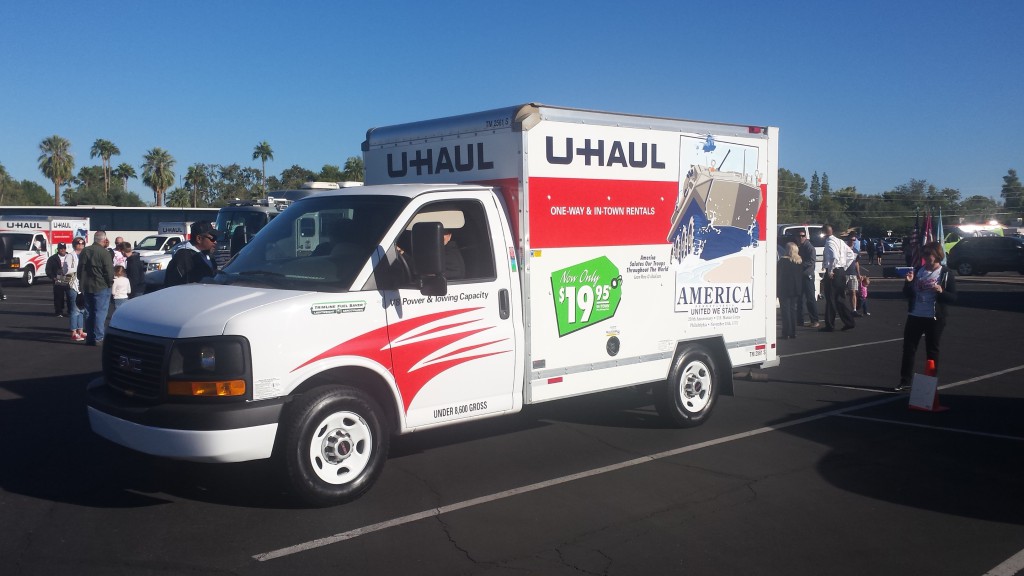 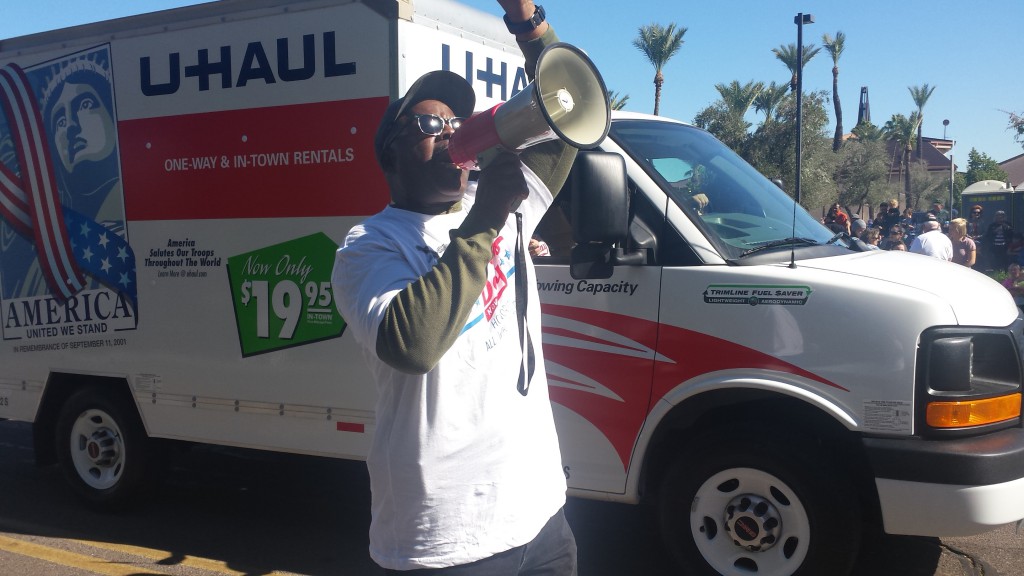 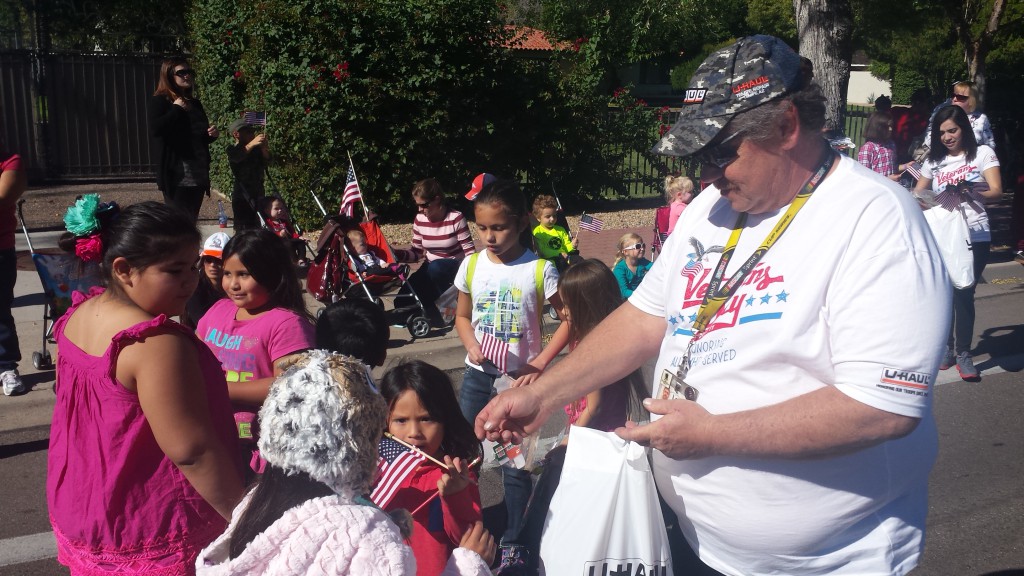 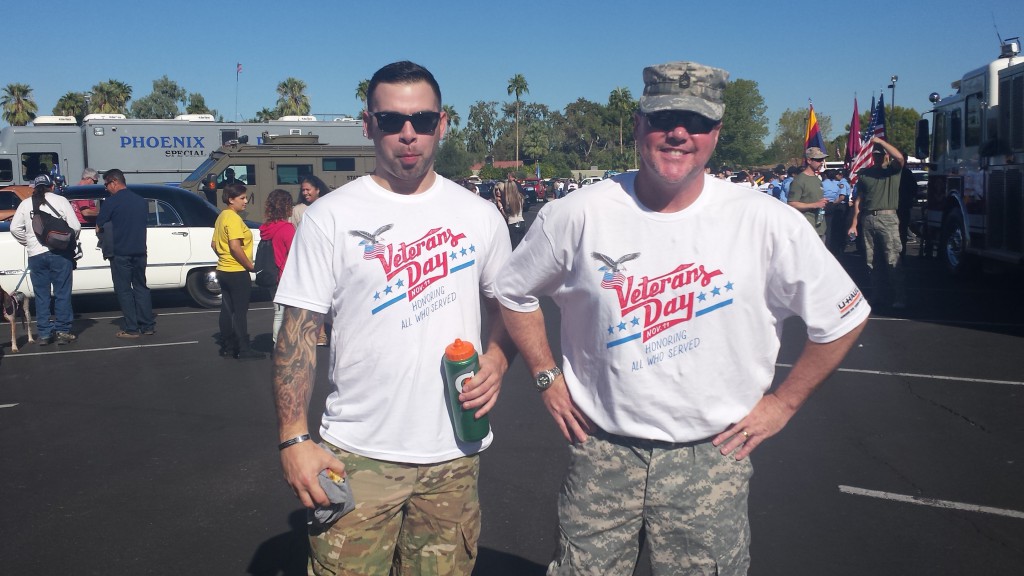 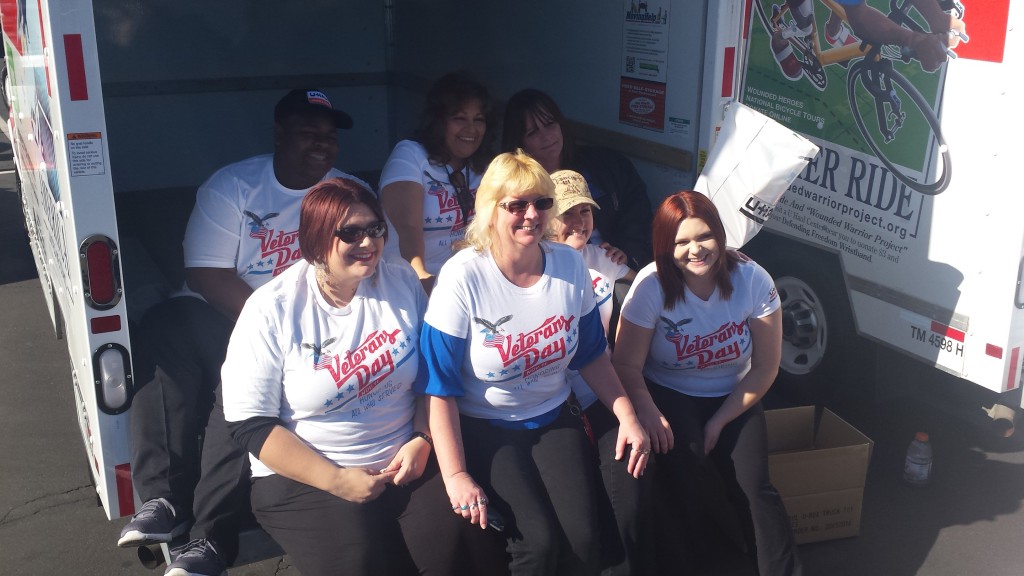 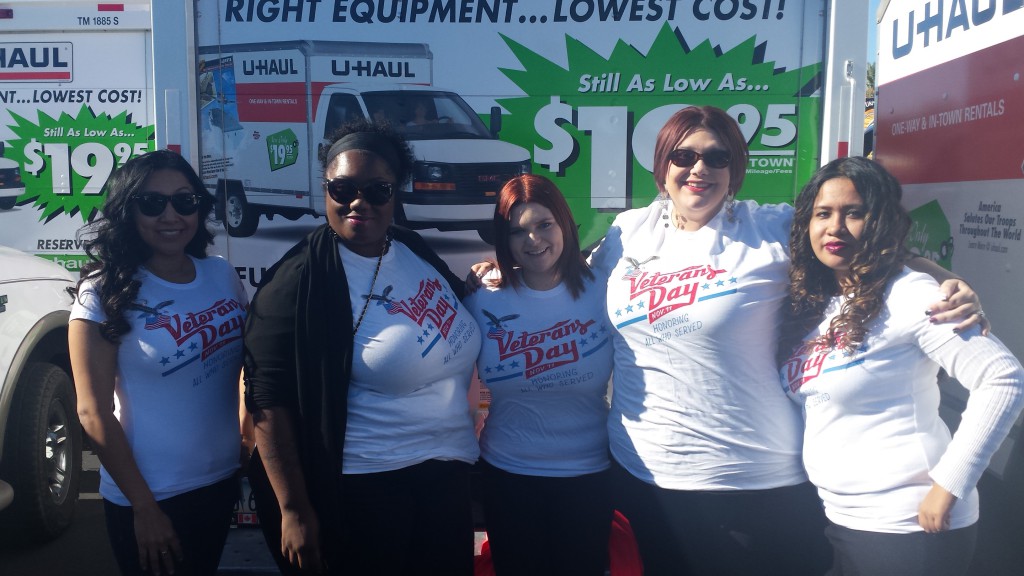 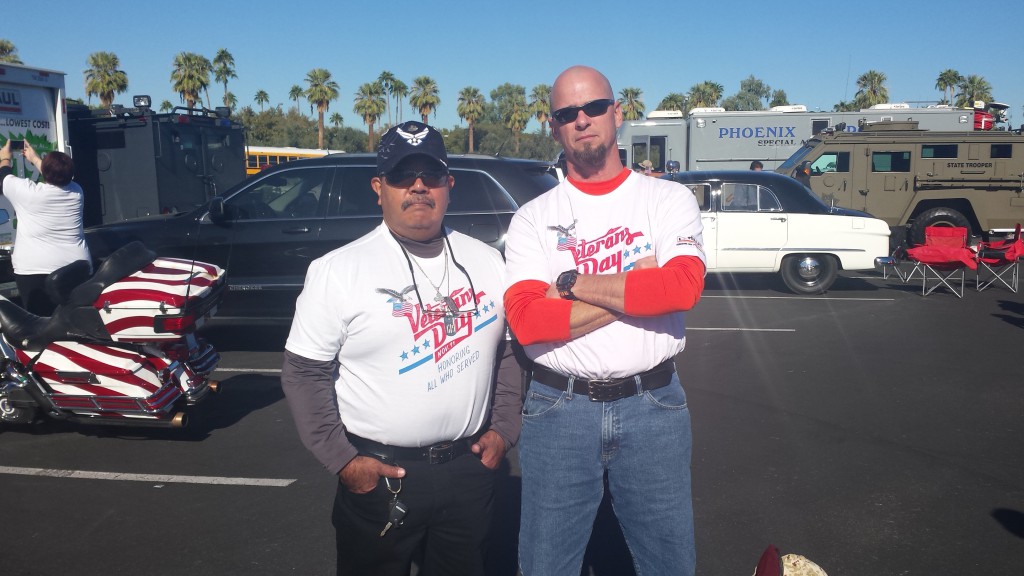 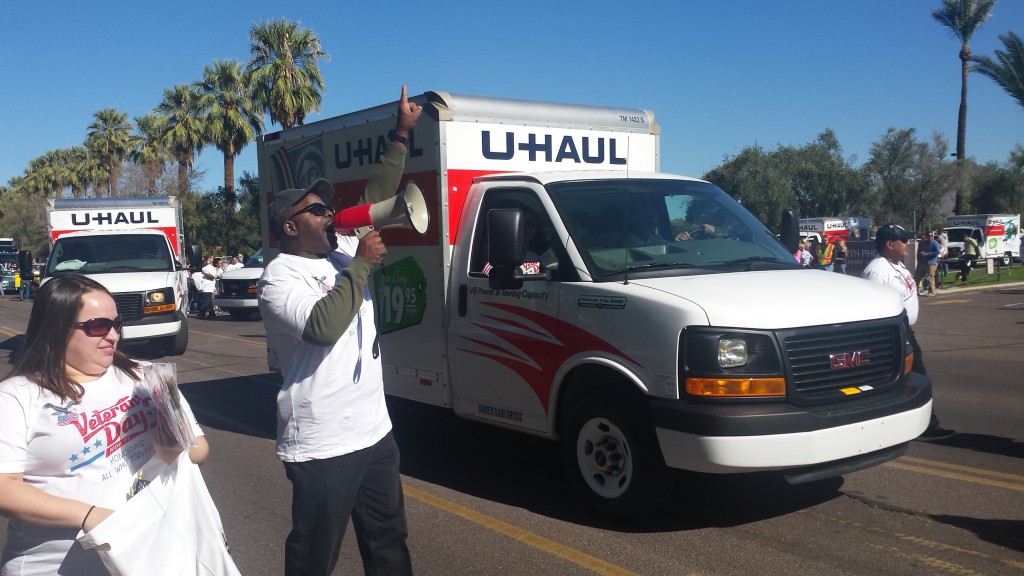 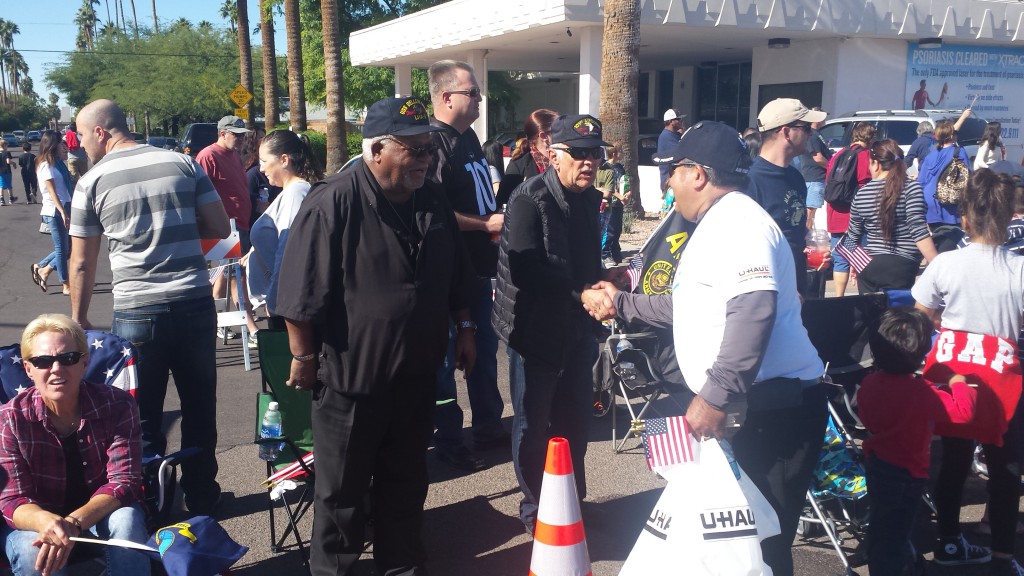 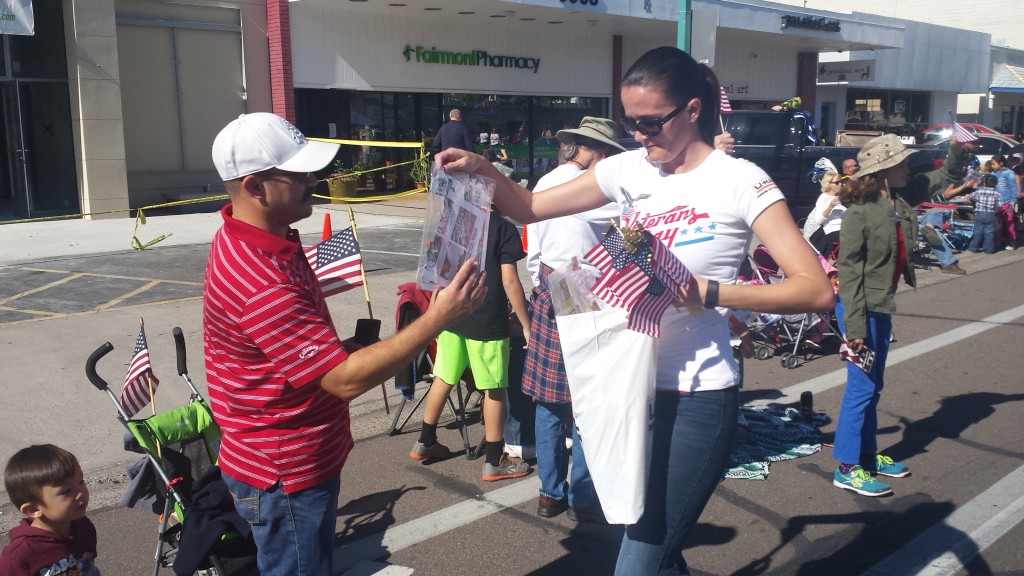 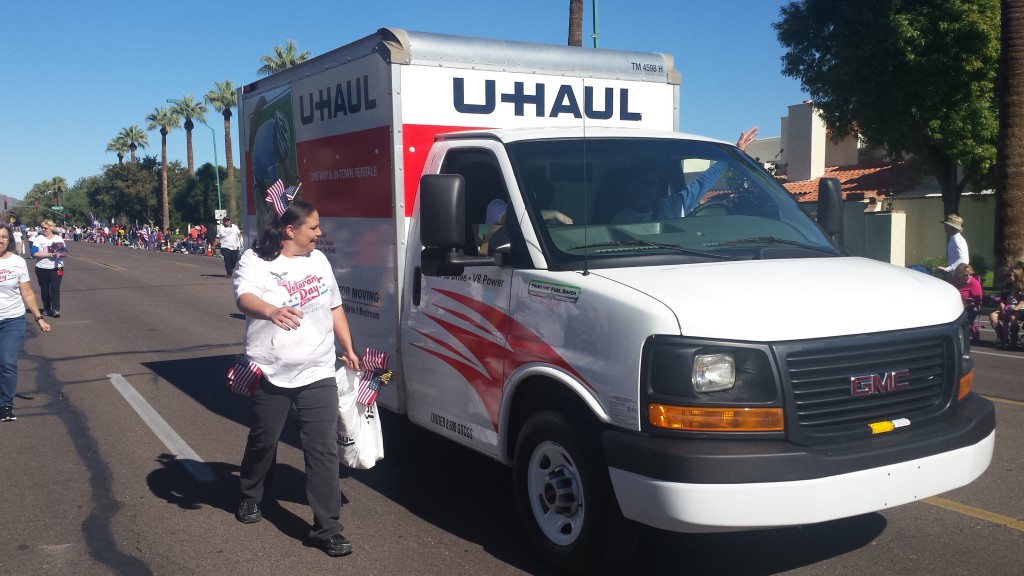 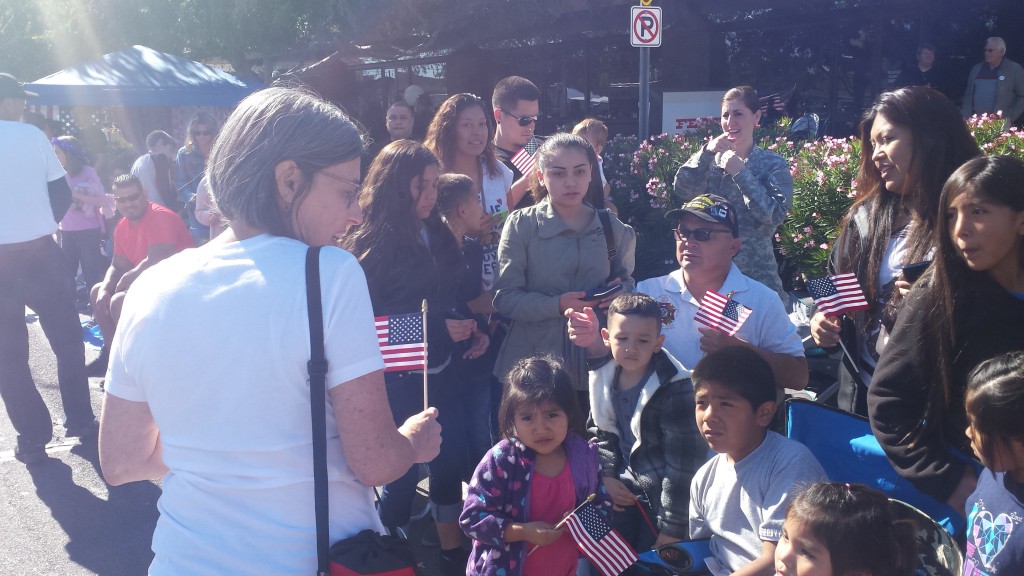 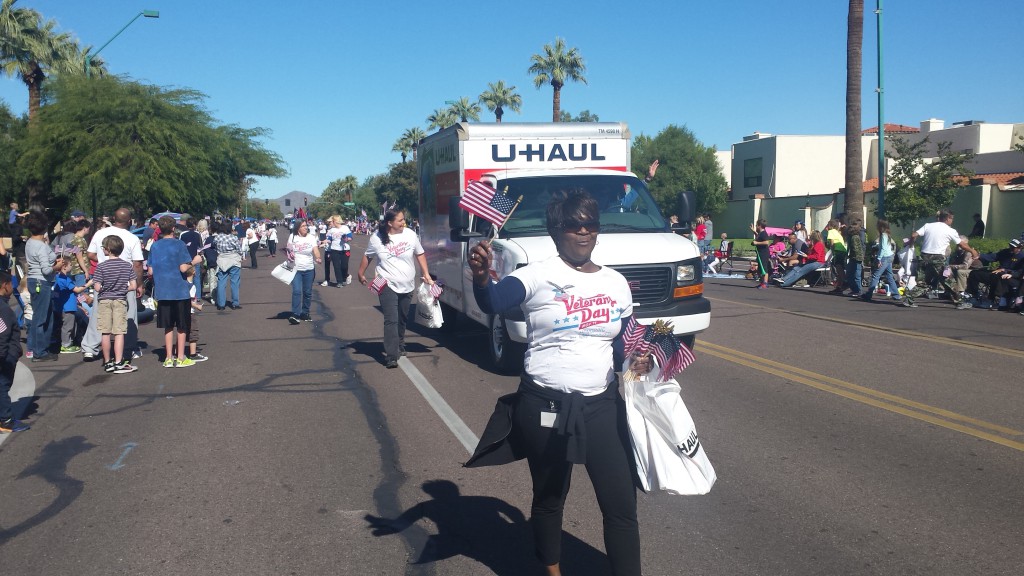 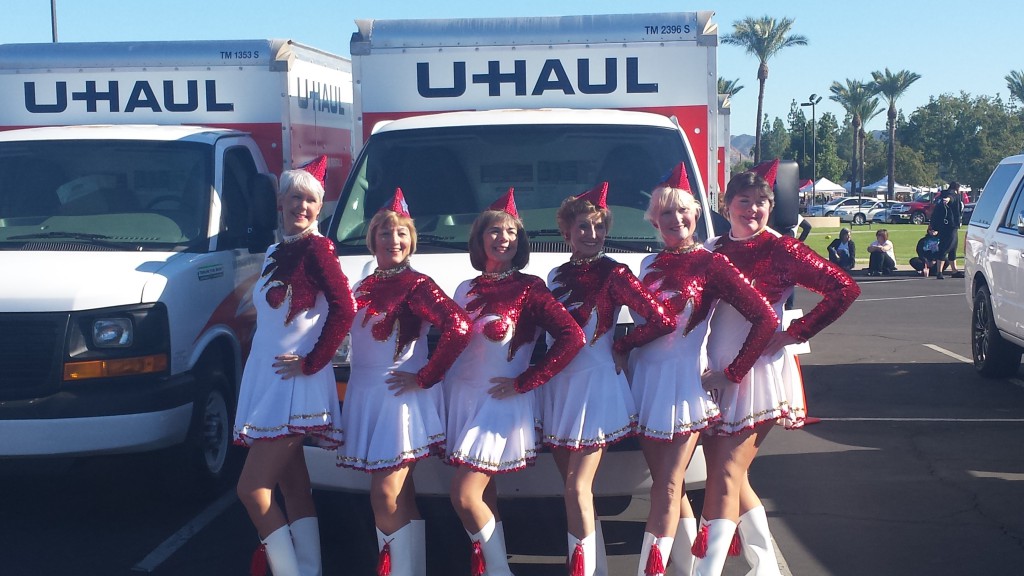 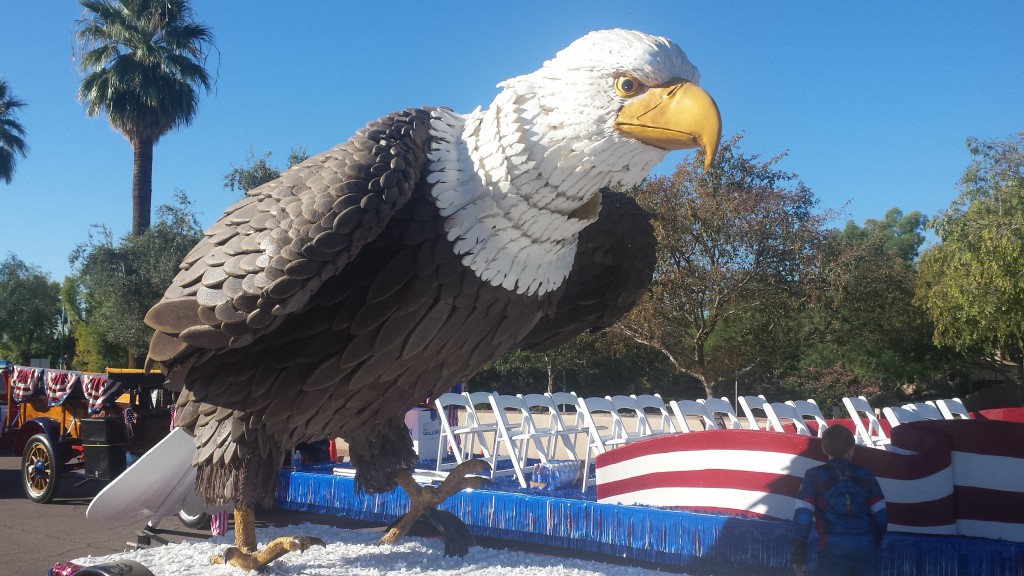 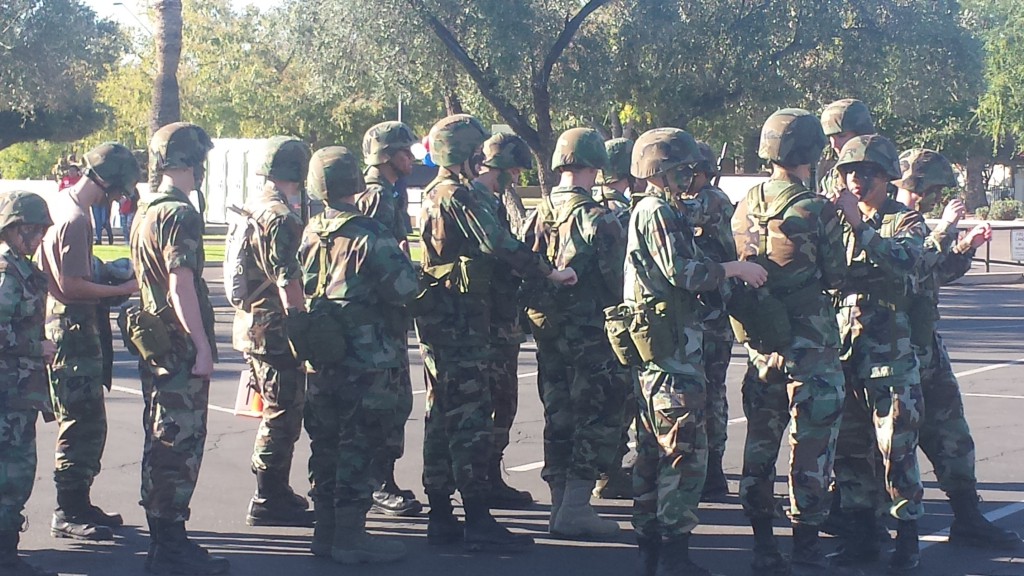 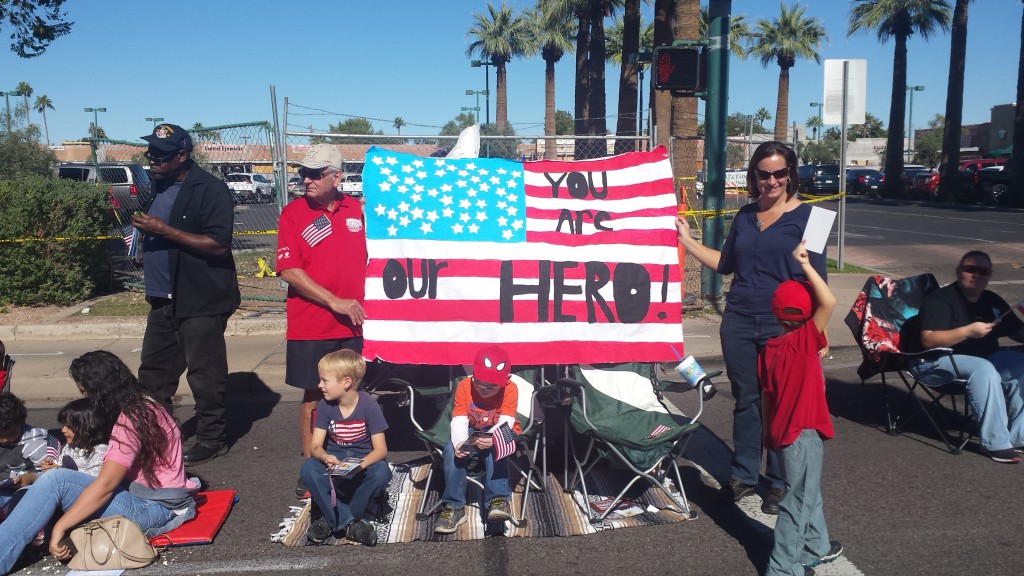 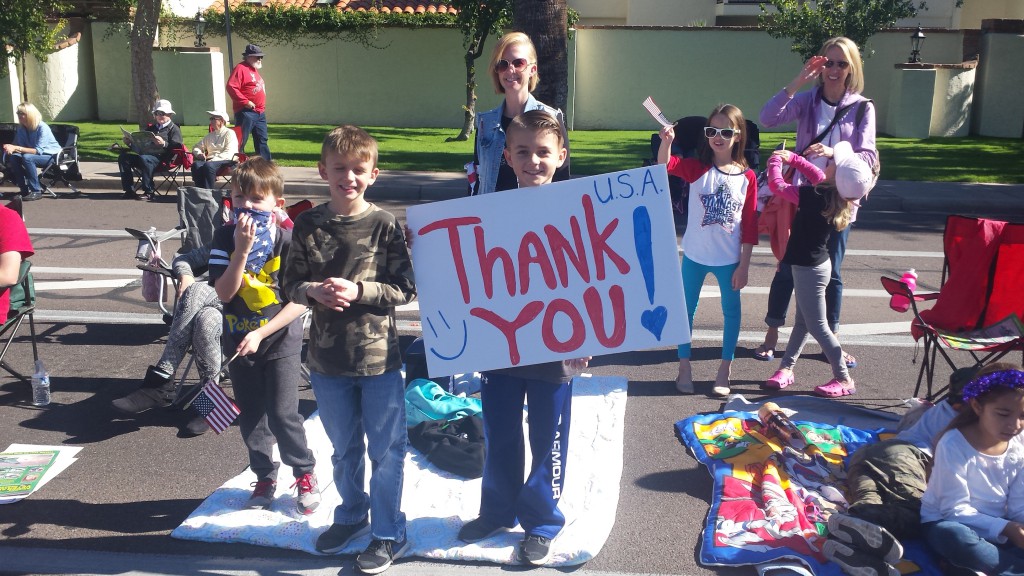