Propane cylinders were filled throughout the week, and so were the bellies of NASCAR fans whose gas grills got a workout leading up to Good Sam 500 event on March 13 at Phoenix International Raceway.

U-Haul International, Inc., the Official Propane and Trailer Provider of PIR, dispensed propane on-site at a special rate, offered free cylinder pick-up and delivery throughout the campground, checked cylinders and hoses for leaks, and spoke with thousands of patrons about propane and trailer safety between March 7-14 when RVs arrived and departed the one-mile track in Avondale, Ariz.

U-Haul returns to PIR in its partnership role from March 31 to April 2 to dispense propane and further its safe propane and trailer message for the Verizon IndyCar Series. The Phoenix Grand Prix will run under the lights starting at 6:15 p.m. on April 2.

The first of two NASCAR race weeks at PIR on the 2016 calendar was another successful safety messaging effort for the Phoenix-headquartered Company, which has been the No. 1 retailer of propane in the U.S. for nearly 30 years.

“We spoke with a lot of campers and we had a lot of repeat business from people commenting on how much they enjoyed having us there,” U-Haul propane program manager John Barnett said. “We helped a lot of people. I thought it was a fabulous time, and U-Haul is doing an outstanding job of educating the consumer on the safe handling of propane.”

CBS, NBC and 3TV each stopped by the U-Haul activation site for live spots on their respective morning shows to highlight the Company’s services at the track. 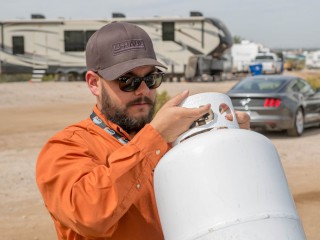 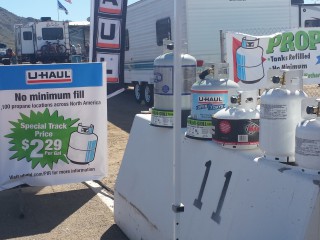 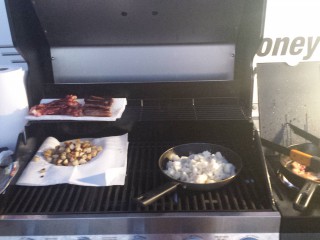 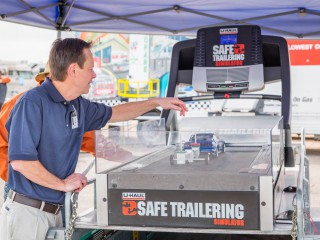 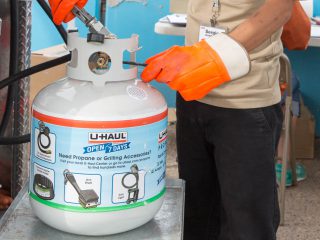 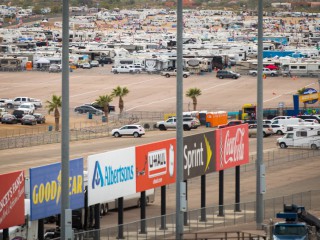 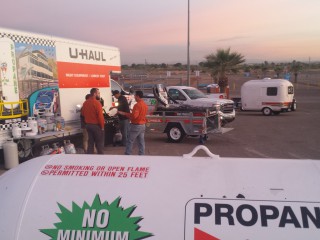 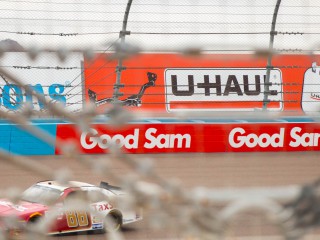 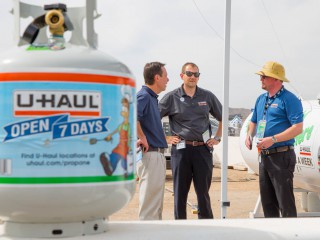 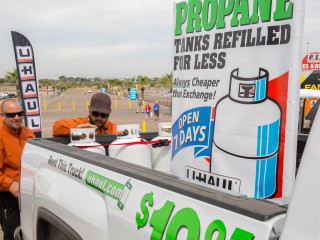 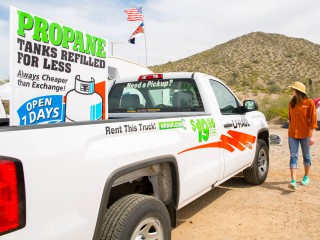 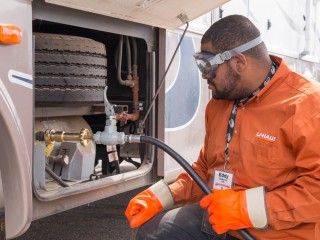 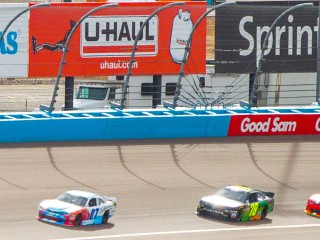 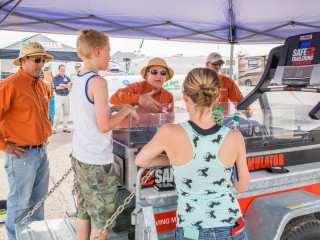 What would you grill at a race?  Share in the comments!