U-Haul, a longstanding partner of St. Mary’s Food Bank Alliance and a Food Drive Box sponsor, offered a big push in September to lessen the number of hungry families in Arizona.

The industry leader in do-it-yourself moving and self-storage held a two-week food drive at its Phoenix headquarters and Tech Center in Tempe; cut a check to St. Mary’s to cover the expenses for one year of Food Drive Boxes that will go in 1,500 businesses and community organizations; and participated in a volunteer day at the food bank’s main warehouse packing emergency food boxes for families in need.

The Tech Center and each floor of the U-Haul Towers were assigned a captain and a designated donation area throughout the friendly inter-office competition. The drive raised a total of 6,098 pounds of food. Factoring in additional financial contributions from Team Members ($1 equals seven pounds of food), U-Haul donated the equivalent of 30,176 pounds of food.

The donated food was delivered in several U-Haul trucks on Sept. 20, after which 31 U-Haul volunteers formed an assembly line and began packing food boxes.

“I’m a huge fan of helping the less fortunate,” U-Haul Team Member Akhila Balaraman said. “As a Company, U-Haul proves that it cares about the community by hosting volunteer days and being so involved with St. Mary’s. It shows that I’m in the right place.”

In two hours, U-Haul Team Members packed 1,400 emergency food boxes that would feed the hungry by the upcoming weekend.

U-Haul Company’s official partnership with St. Mary’s Food Bank dates to the 1980s. Throughout the last 30 years, financial support from U-Haul has helped provide 5.4 million meals to Arizona families, according to St. Mary’s.

You can join U-Haul and St. Mary’s in the fight against hunger by donating food, volunteering your time or making a financial contribution through St. Mary’s website. Let the giving begin as the holiday season approaches! 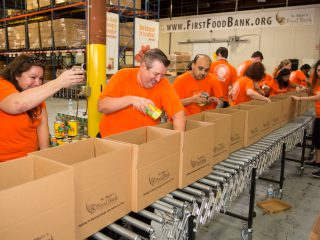 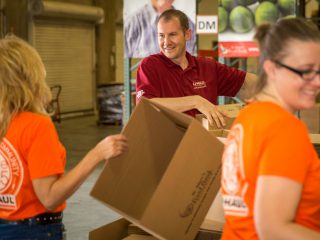 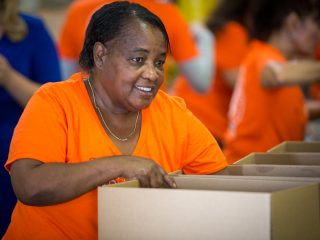 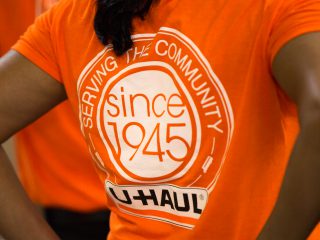