Later that evening, U-Haul trucks rolled down the spectator-lined streets of Honolulu in the Pearl Harbor Memorial Parade and Public Celebration.

The commemoration at Kilo Pier drew thousands of respectful locals, visitors, veterans and family members of fallen military members eager to be part of the milestone anniversary event. Most arrived on base before dawn to get a seat and then watched the sun cast its first light on the USS Arizona Memorial across the harbor.

U-Haul International, Inc. sponsored of the 75th commemoration of the attack on Pearl Harbor. The Company, founded in 1945 as WWII was coming to an end, was the Presenting Veterans Sponsor of the Opening Gala and its commitment assisted veterans and their families in making the trip to Oahu.

There was a flyover salute in the missing man formation, and a battleship salute with sailors aboard the USS Halsey standing at attention as they drifted past the pier. Following a series of prayers and blessings, Adm. Harry Harris, Commander of the U.S. Pacific Command, gave a passionate keynote address.

“I’m reminded of the stories my father would tell me about his war experiences as an enlisted man stationed aboard the Hawaiian-based USS Lexington, an aircraft carrier that departed Pearl Harbor just a few days before the attack,” Harris said. “My dad and so many of the greatest generation are no longer with us. But we can still hear their stories of honor, of duty, of courage. Their ghosts walk among us. Their spirits speak to us: protect this house. And we’re fortunate indeed to listen and learn from living WWII veterans.

“We remember Pearl Harbor and the attacks across Oahu. We remember the response from America’s sons and daughters who brought the broad stripes and bright stars through many peerless fights. … Ladies and gentlemen, as we look at the majestic USS Arizona Memorial behind me, take comfort in knowing that our departed WWII veterans continue to stand a vigilant watch as guardian angels of our nation. No one, and I mean no one, should doubt that a strong U.S. military will continue to stand a global watch for years to come.

“To America’s WWII patriots here and watching at home, we will never forget your courage under considerable fire and seemingly insurmountable odds. Because of you, our future remains bright. We owe you an immeasurable debt, and we can’t thank you enough for answering the call of duty when we really needed it the most.”

U-Haul teamed in the parade with the Keep the Spirit of ’45 Alive, an organization focused on honoring WWII veterans that has benefitted from U-Haul Company’s partnership since 2009.

The Spirit of ’45 utilized the back of a U-Haul pickup to showcase its iconic Kiss Statue. It even had a pair of individuals walking alongside the parade entry reenacting the famous kiss between a sailor and nurse in Times Square on V-J Day in 1945 that was captured on camera.

In addition to the U-Haul pickup, which displayed images of U-Haul co-founders L.S. “Sam” Shoen and Anna Mary Carty Shoen about the front wheel wells, the parade featured a U-Haul 10-foot box truck with the Pearl Harbor 75th anniversary logo and U.S. Navy SuperGraphic. U-Haul Team Members from Hawaii participated in the parade and a U-Haul banner honoring Pearl Harbor veterans was walked in front of the trucks.

There are several active and recently retired Team Members in Hawaii who have served in the U.S. Armed Forces.

“The Spirit of ’45 recognizes the day the war ended, so this is the beginning of the process of preparing for that,” said Warren Hegg, national supervisor of the Spirit of ’45. “This is, of course, the 75th anniversary of the beginning of the war. In August 2020, it will be the 75th anniversary of the end of the war. So, it’s very important for us to be here.

“The extraordinary thing is we’re looking for organizations like U-Haul who have no choice but to celebrate their own heritage. The U-Haul story is the story of the Spirit of ’45. It’s about a young Navy veteran who after WWII, like so many veterans today, asked ‘What’s the future? What to do?’ He created not only a new company, but a new industry. Seventy-one years later, the company is still going strong. The U-Haul brand is that story.”

Read the story of a Team Member whose father survived the attack on Pearl Harbor and what it was like to spend a memorable evening with a 93-year-old Pearl Harbor survivor at the 75th commemoration by checking out other stories on myuhaulstory.com. 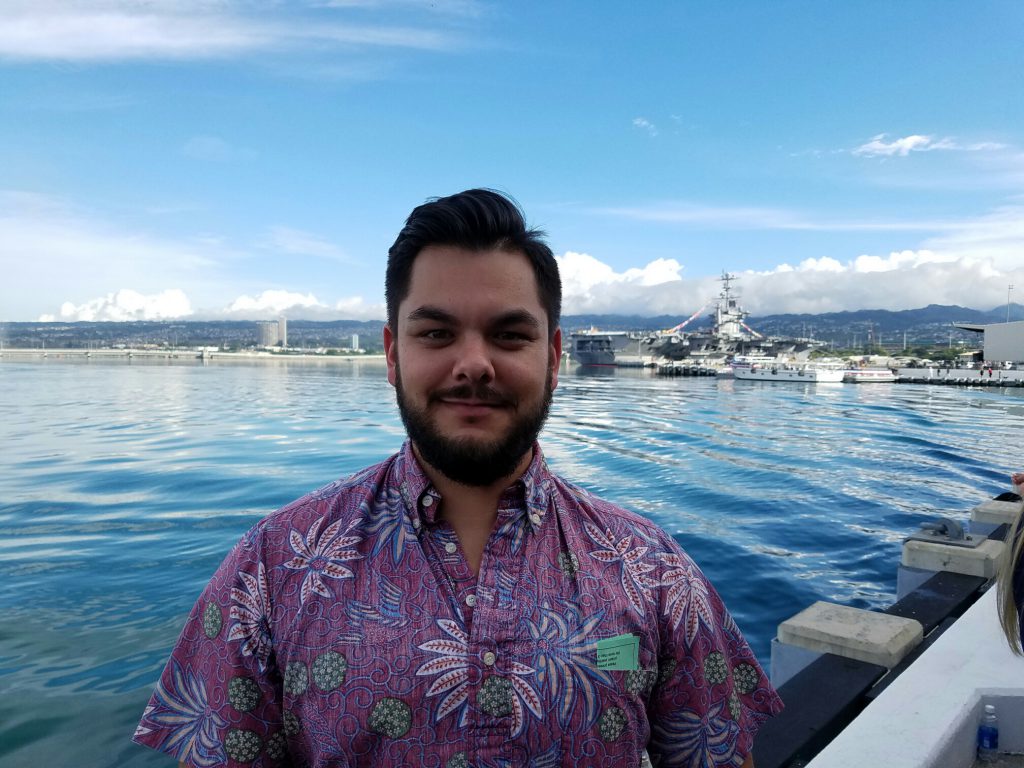 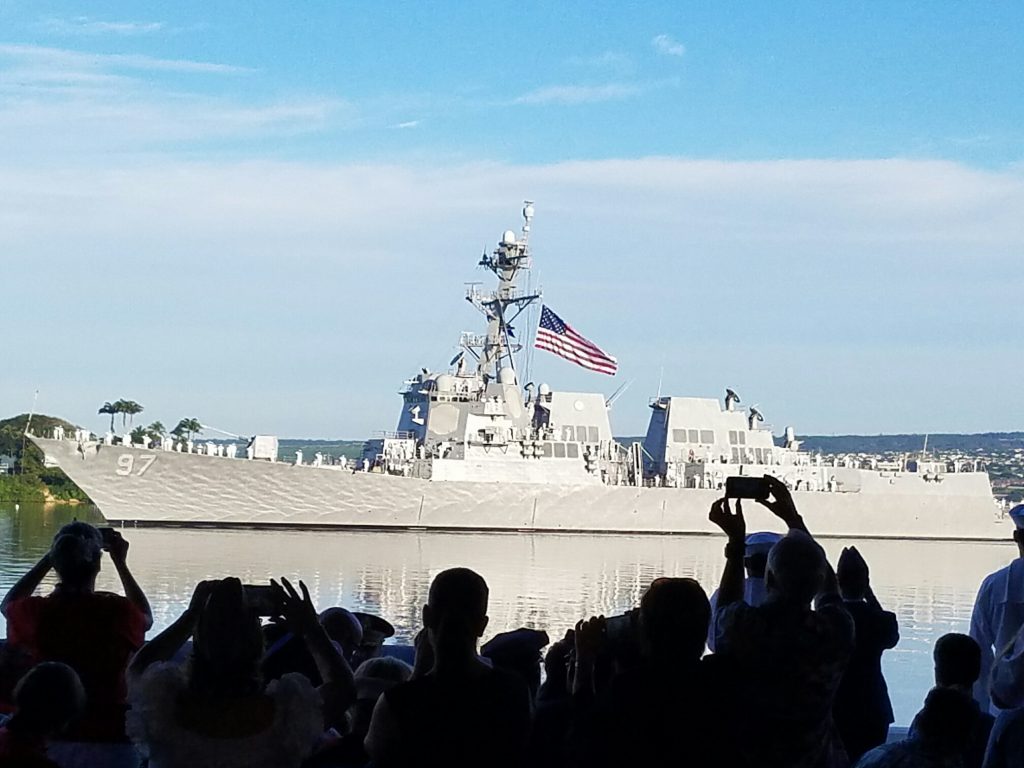 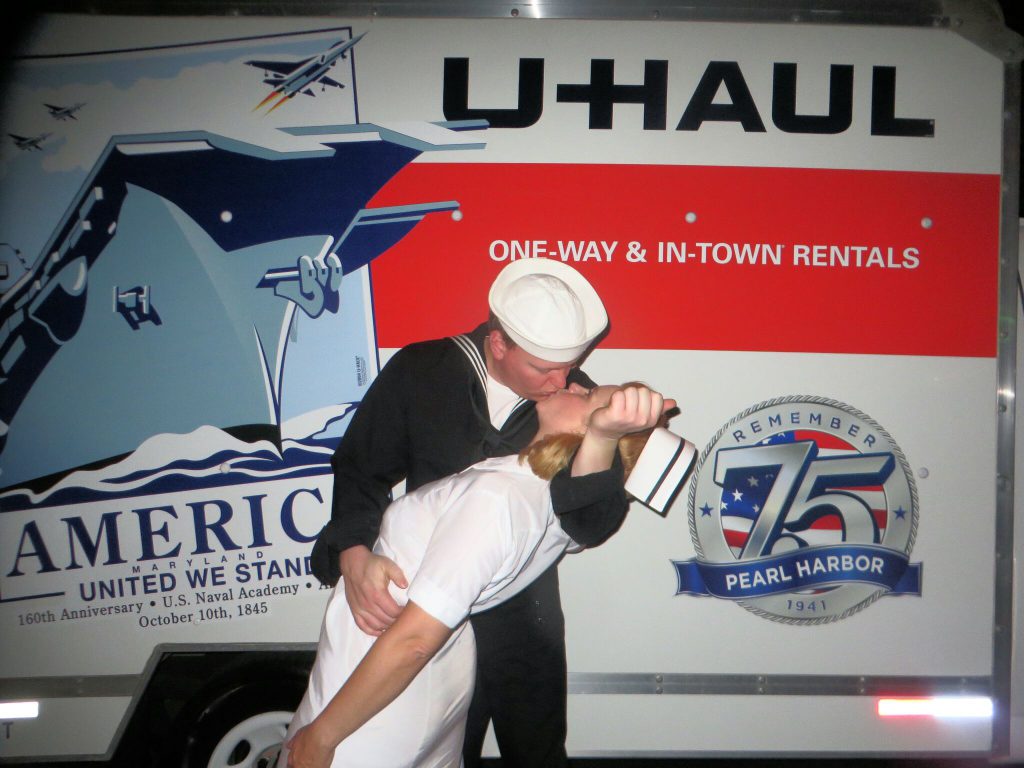 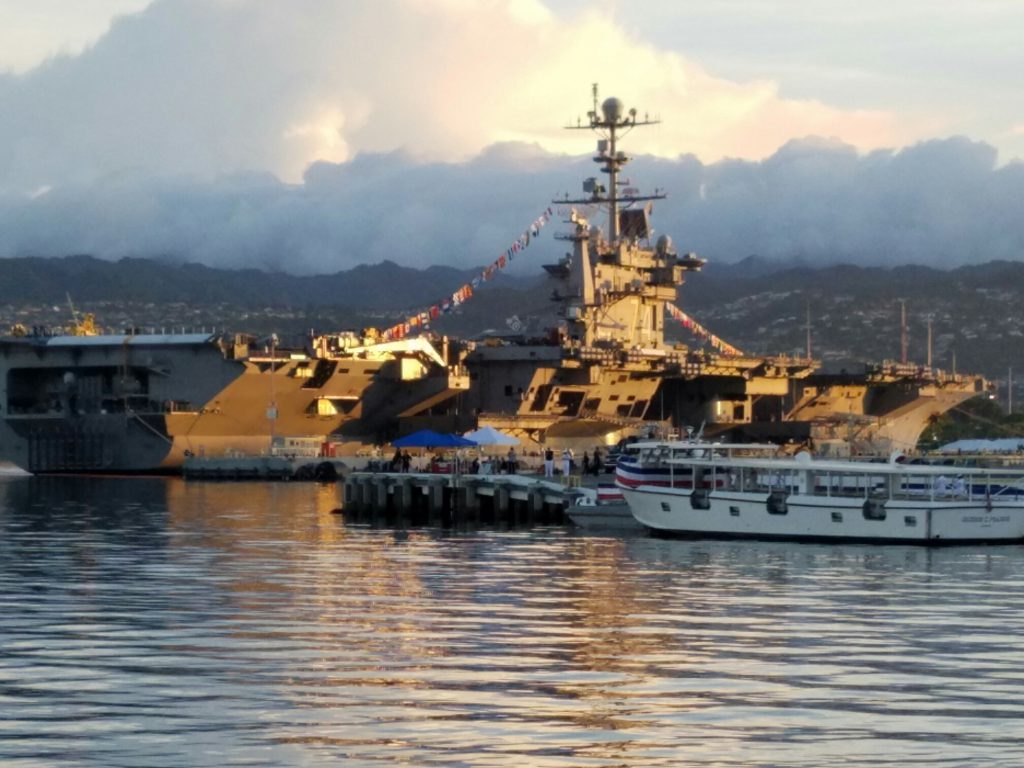 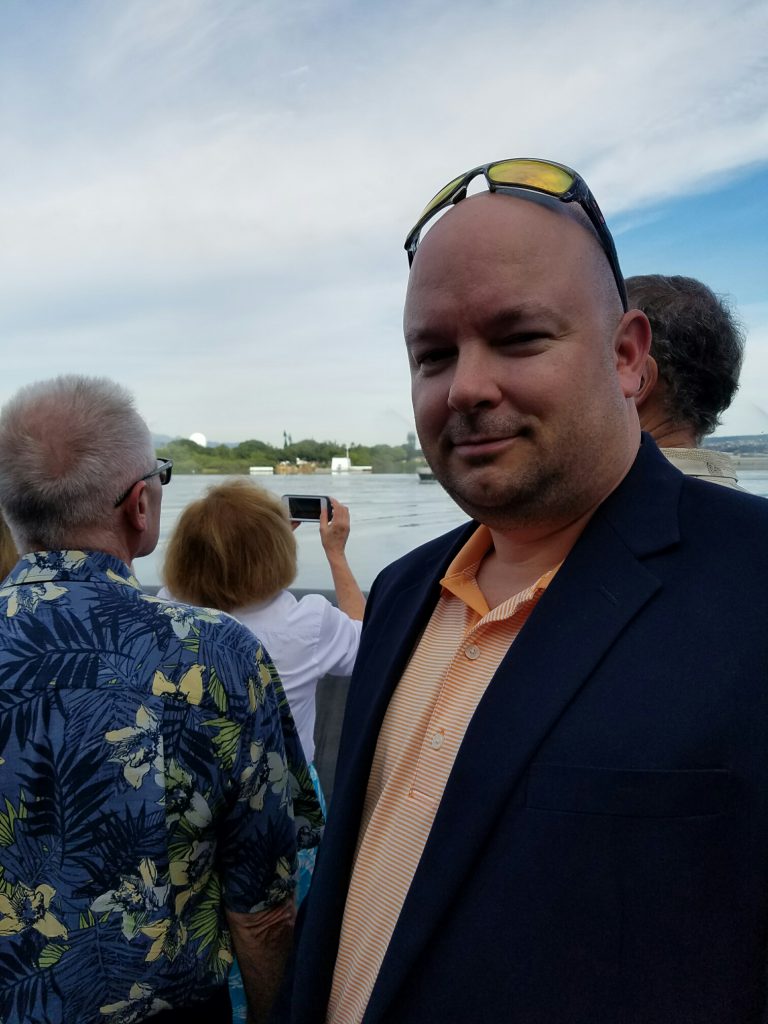 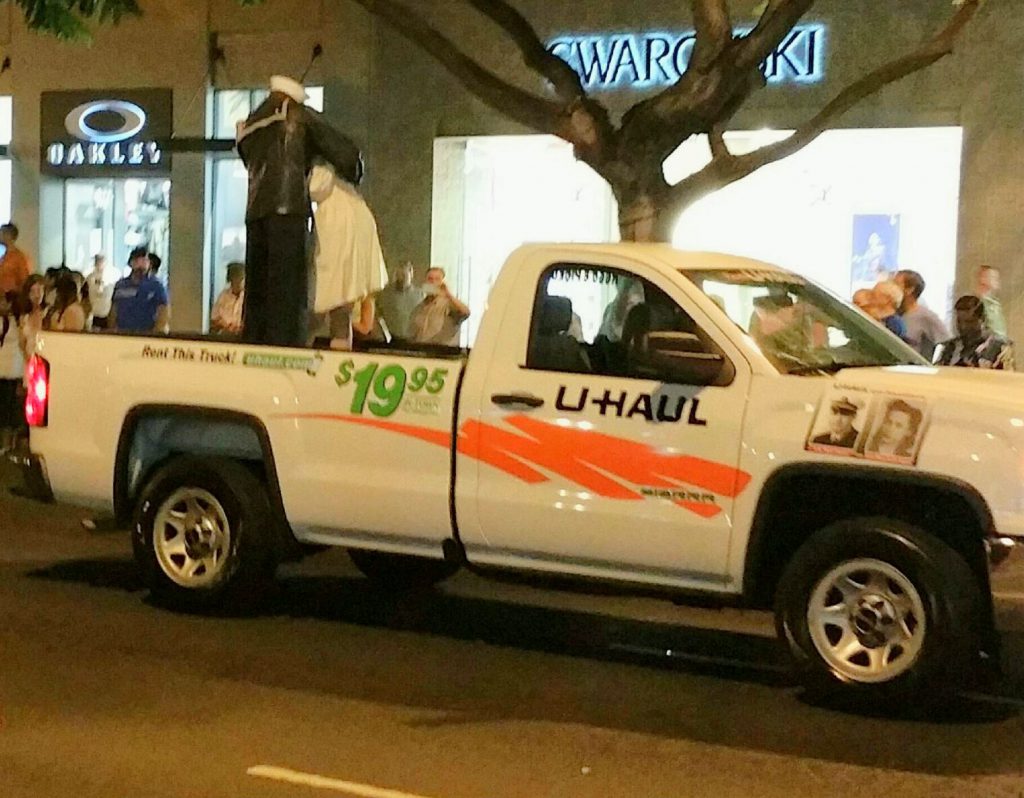 Kissing Statue in a U-Haul pickup at the Memorial Parade 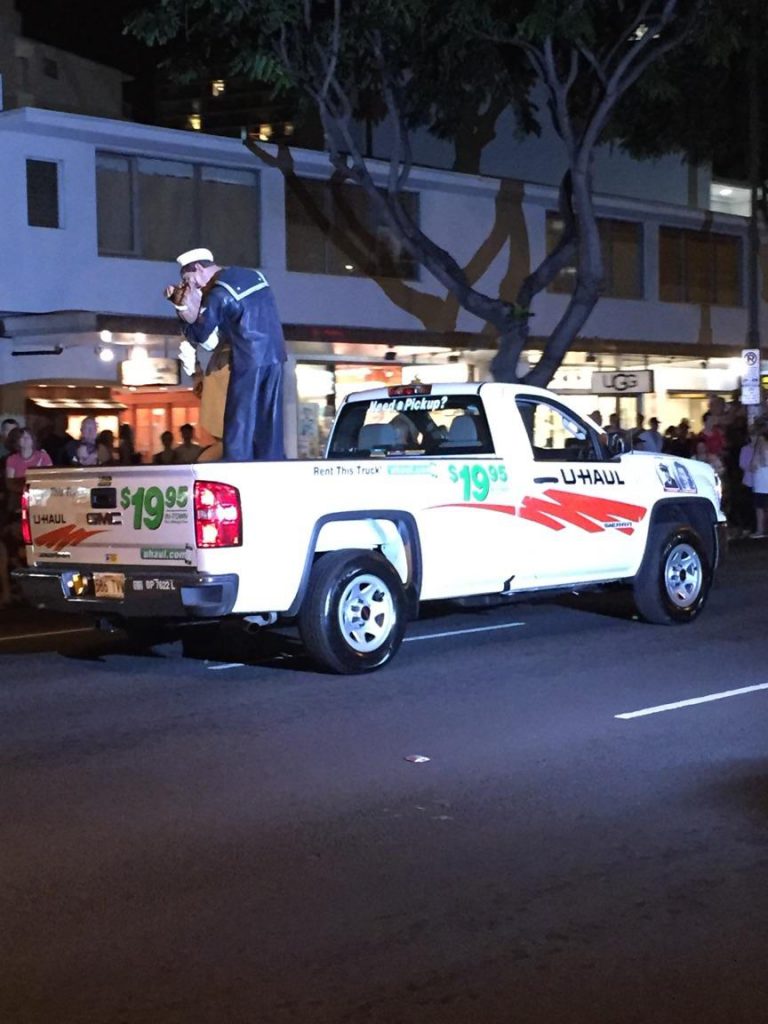 Kissing Statue in a U-Haul pickup during the Pearl Harbor Memorial Parade on Dec. 7. 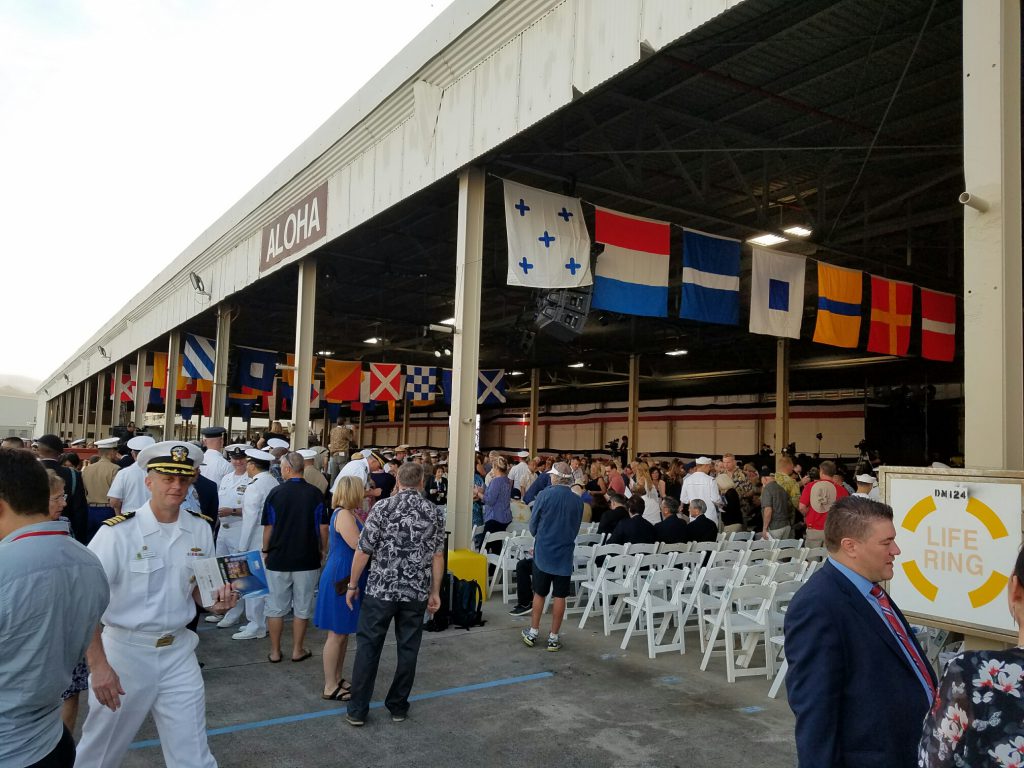 Kilo Pier before the official ceremony 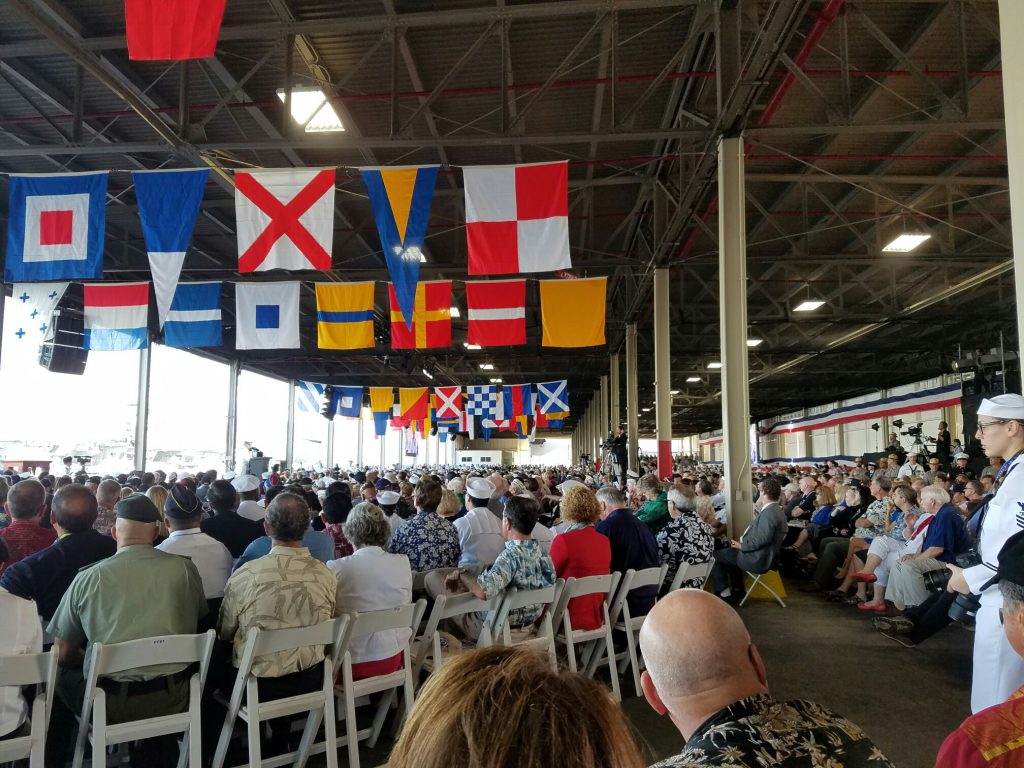 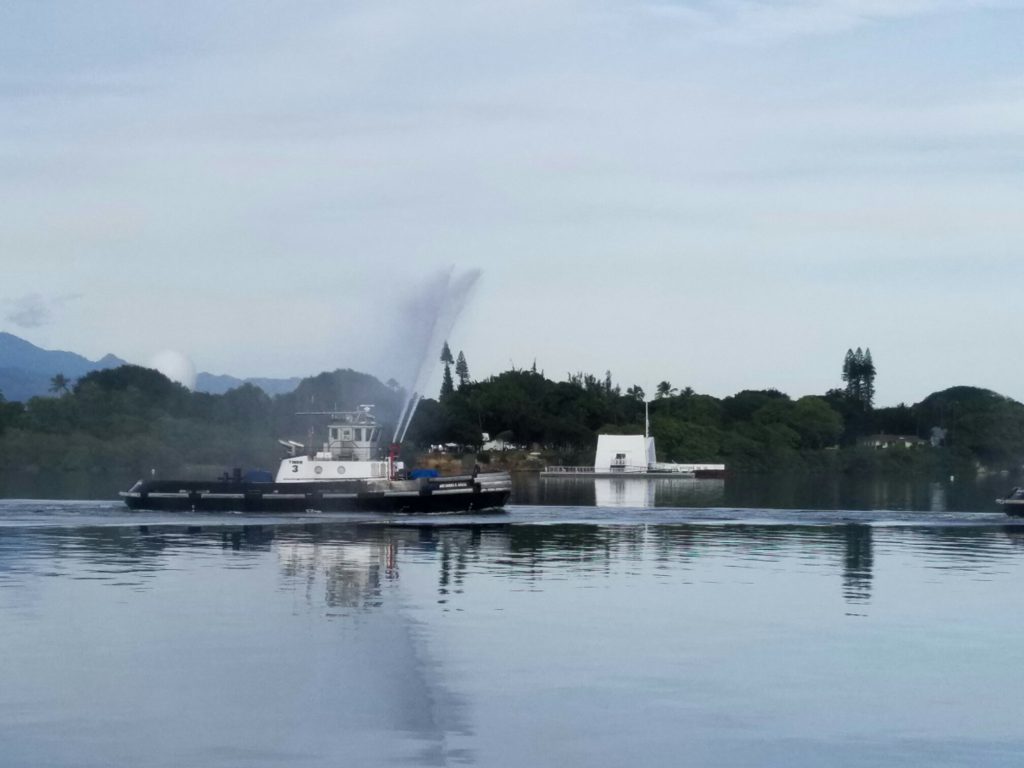 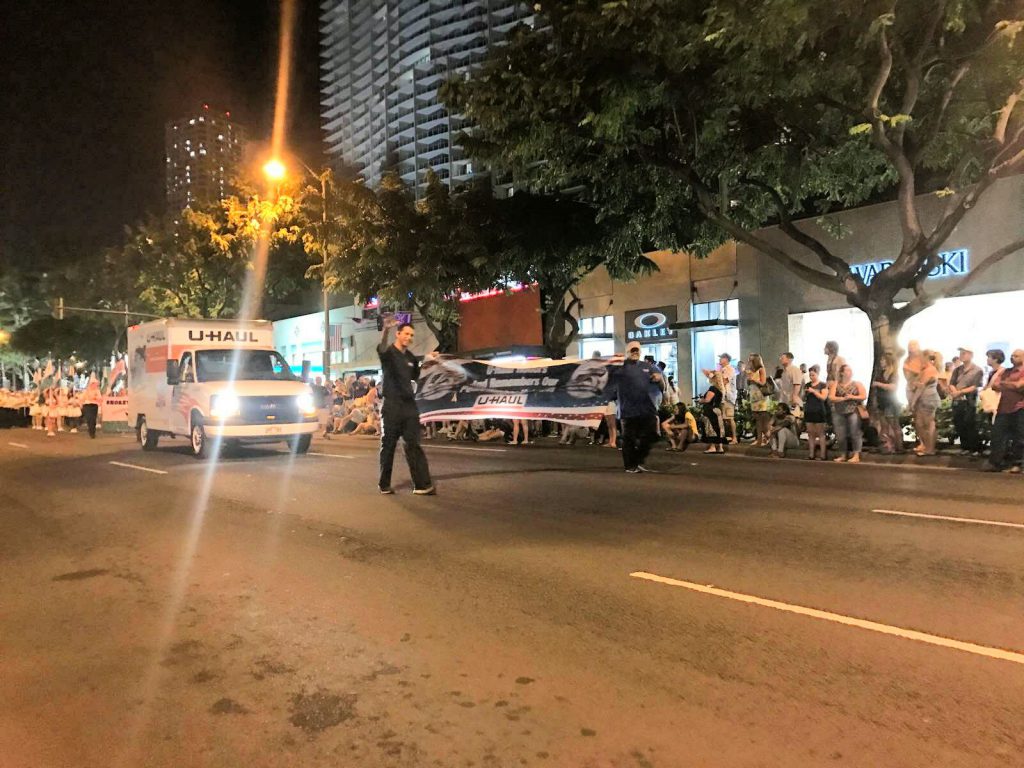 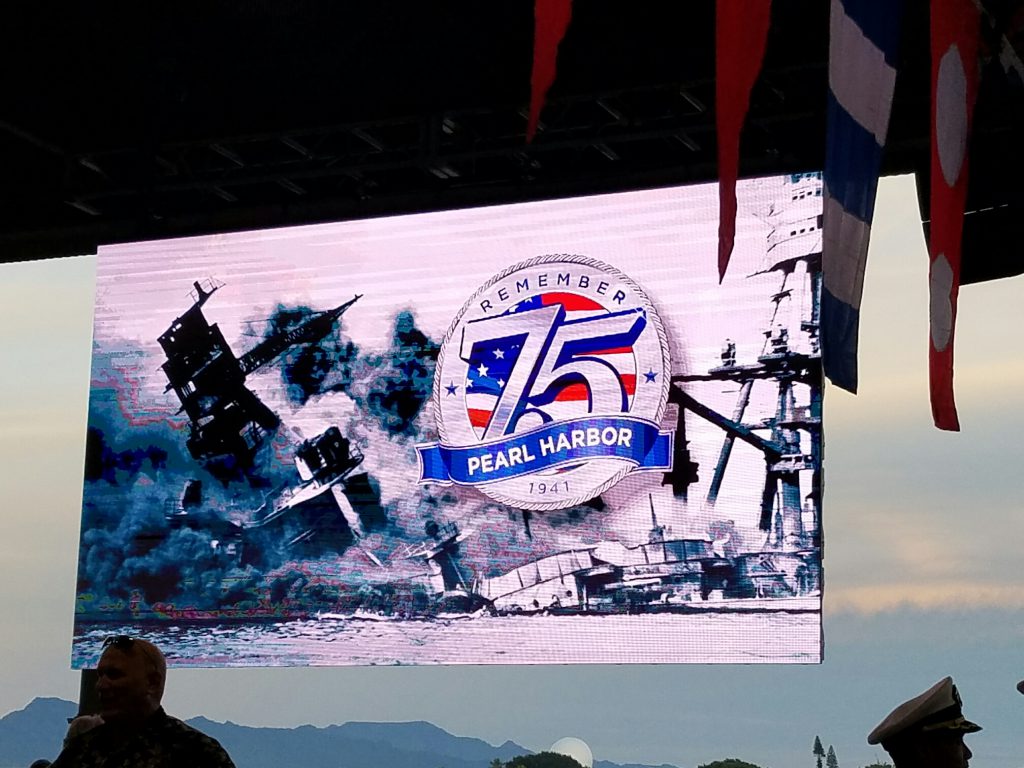 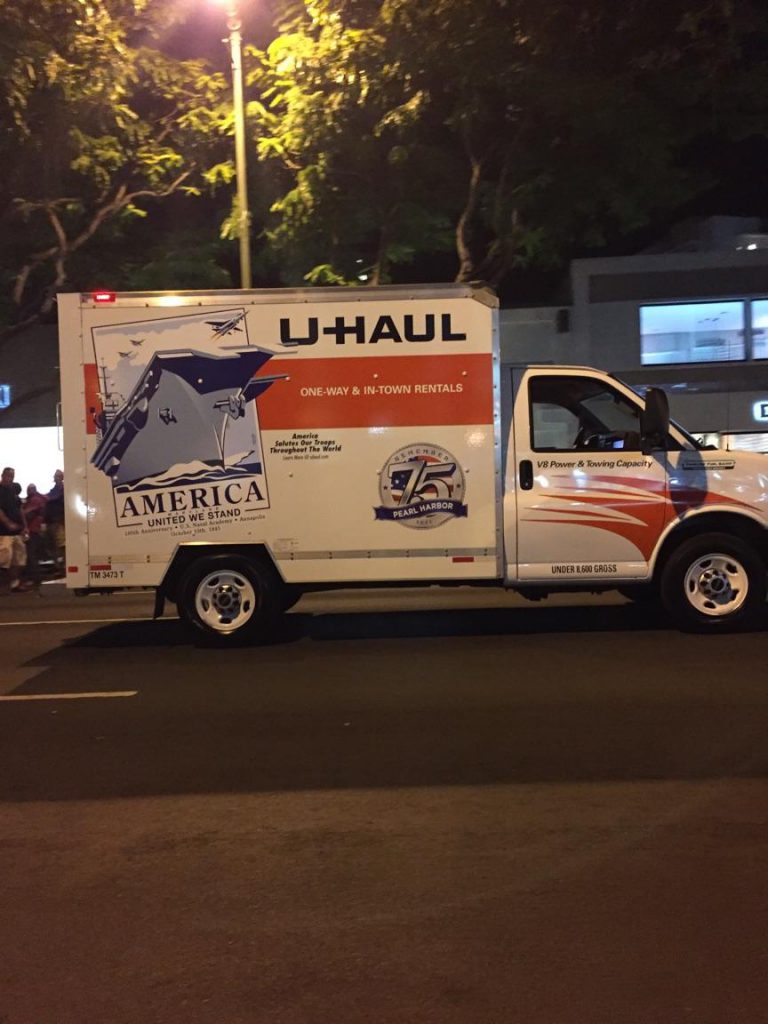 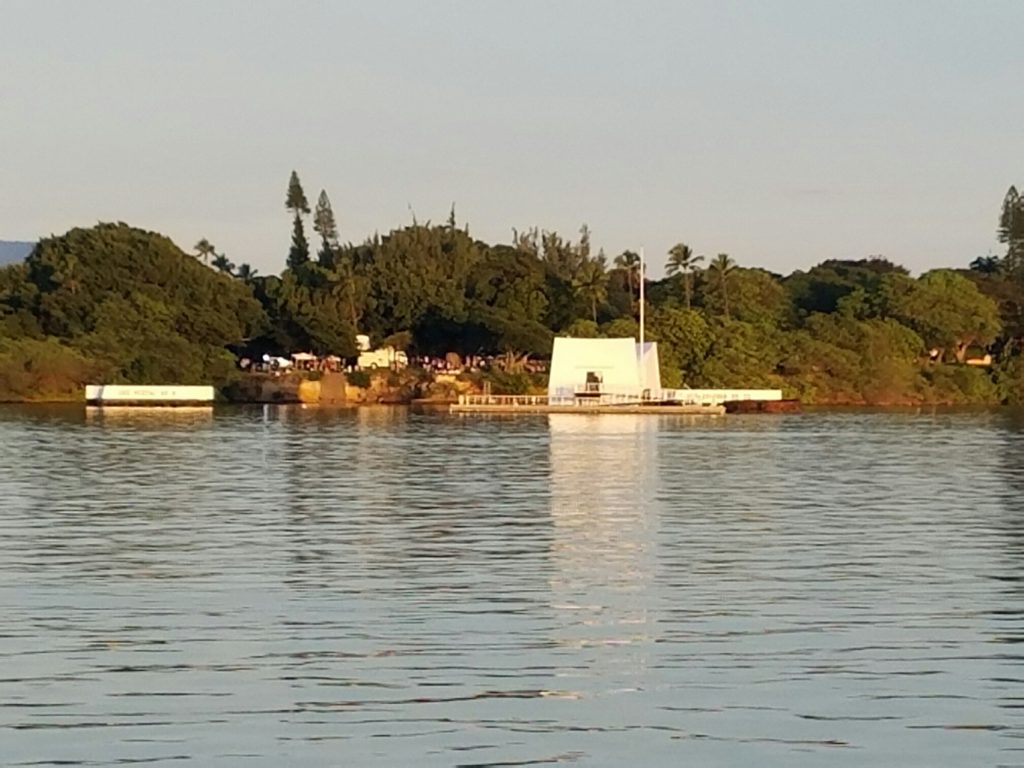 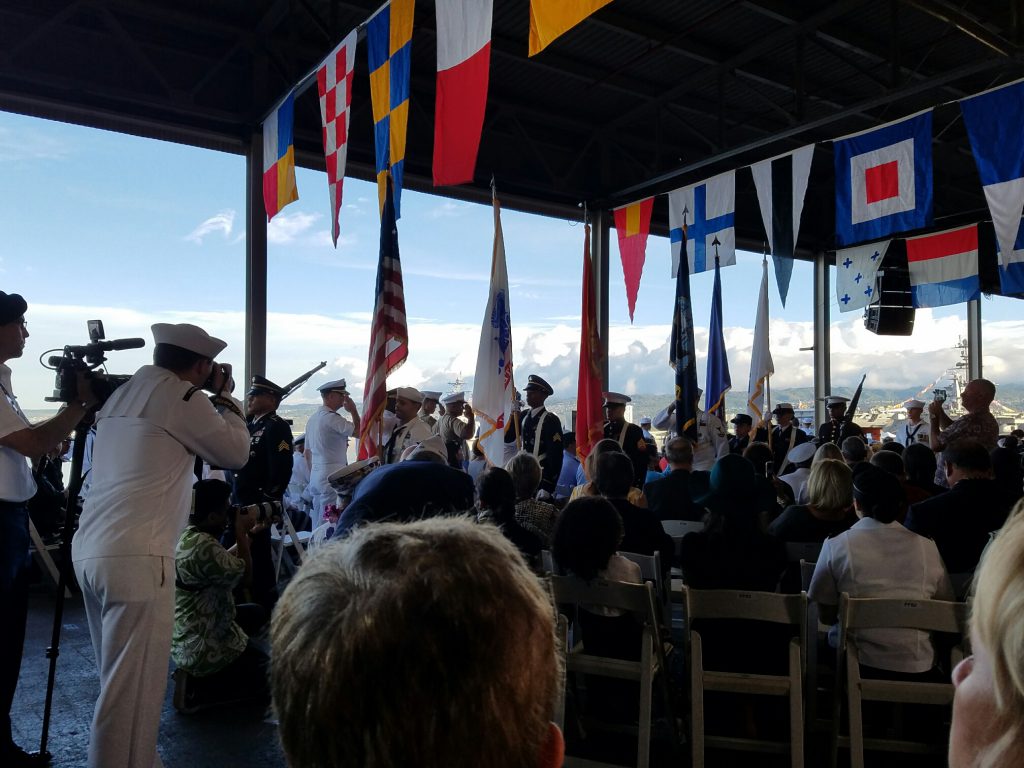 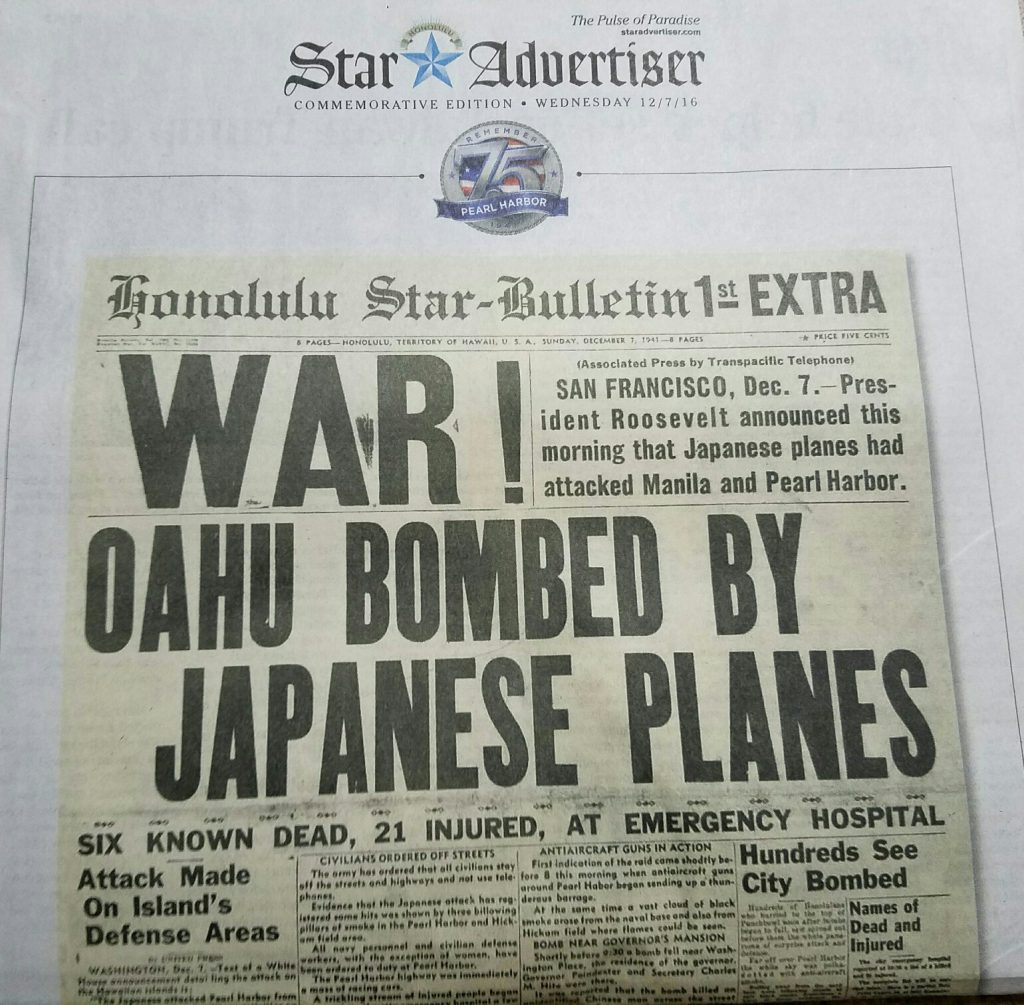 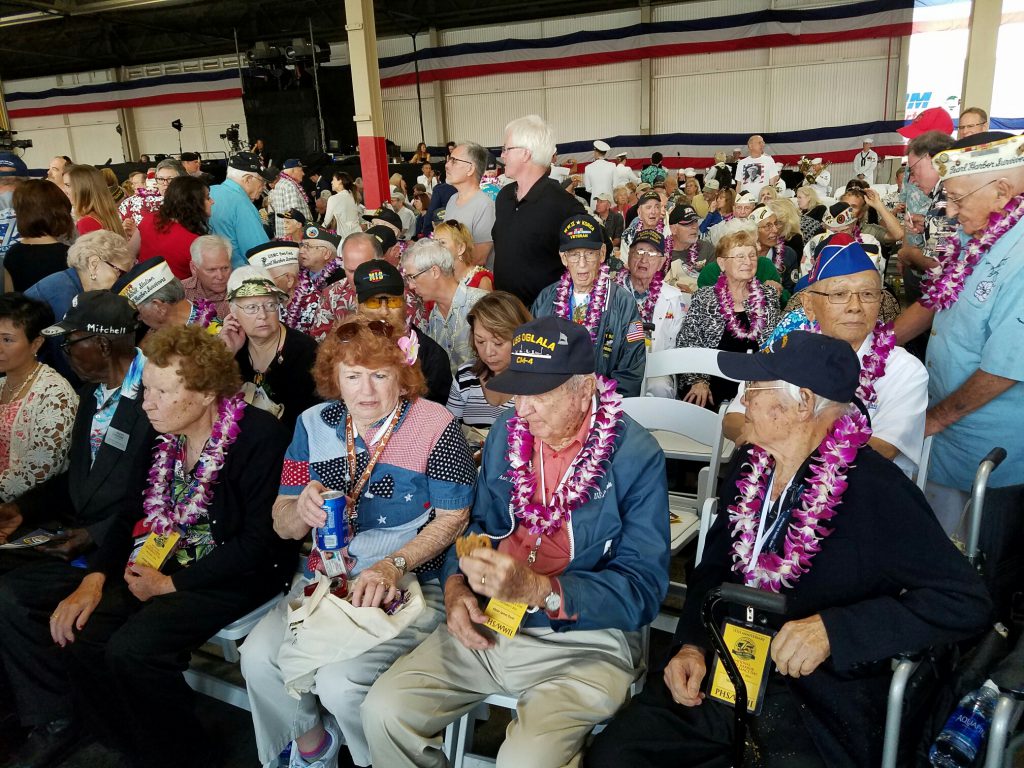