U-Haul volunteers teamed with charity partner St. Vincent de Paul in July to help feed the homeless. About 40 Team Members met to participate in a PB&J social, making sandwiches that were later given to the hungry in Phoenix.

The initiative began in early July with the first U-Haul quarterly donation drive, targeting the collection of new, unopened jars of creamy peanut butter and jelly. With SVdP boxes sitting near elevators at the U-Haul towers, Team Members had a daily reminder to participate.

U-Haul and SVdP have a longstanding history of helping those in need in Phoenix, where U-Haul is headquartered. SVdP is celebrating 70 years in Phoenix while U-Haul is celebrating 50 years in the Valley and 72 years in business. Both have a mission to help people meet their most basic of human needs: food, clothing and shelter.

After two weeks of friendly competition between U-Haul departments, the donation drive yielded 6,584 ounces of peanut butter and 3,487 ounces of jelly.

“The summer is a challenging time for SVdP because donations are down,” U-Haul public relations specialist Andrea Batchelor said. “So it was important that I do my part by donating to help feed the homeless.”

U-Haul offers its Team Members in the Valley a volunteer opportunity each month. The events and organizations vary, but all stay within the scope of meeting basic of human needs or assisting veteran causes.

With the few supplies needed to make a peanut butter and jelly sandwiches placed on tables, Team Members filled the U-Haul conference room. Vanessa Gonzales, St. Vincent de Paul volunteer services coordinator, explained the SVdP mission. Her speech encouraged Team U-Haul to create as many sandwiches as they could in the span of two hours.

Sandwiches went into sack lunches that were distributed by SVdP vans offering food and water to those in need. Gonzales noted that the sandwiches would feed those who couldn’t to make dining services at the SVdP kitchens.

“The PB&J social was a nice way to directly help those in need, and also meet other new U-Haul faces in the process,” said U-Haul community education specialist John Heiland. “The volunteer event was so convenient because it was on-site and during lunch.”

“We had countless Team Members asking for our volunteer events to have a wider variety of days and times,” explained Zofia Sells, U-Haul community relations specialist. “The Company still offers its weekend volunteer activities. But now we are also offering events during the work day to increase our involvement and our impact.”

After two hours, Team U-Haul put down its spatulas and bagged up the last of its sandwiches. There was counting and collecting of bags. Team Members talked among themselves while they cleaned up their work stations.

“It’s important to me that U-Haul gives back to the community because it has the ability to make a huge impact,” Batchelor said. “By simply offering volunteer days, many people who wouldn’t think to volunteer choose to participate. I didn’t volunteer outside of work prior to U-Haul. But this Company’s commitment to the community makes it convenient to make a difference.”

Due to the efforts of volunteers and the U-Haul quarterly donation drive, 2,562 peanut butter and jelly sandwiches were made. The Company’s focus on SVdP throughout July meant that many hungry individuals in Phoenix would have a meal.

“It’s easy to find excuses to not participate in volunteer events,” said Heiland. “But giving up a lunch break to help provide for those less fortunate wasn’t a hard decision to make.”

Did you know U-Haul is a longtime supporter of veterans’ causes? Read about our recent involvement at the annual National Memorial Day Parade in Washington, D.C. , and let us know your thoughts in the comments box below. 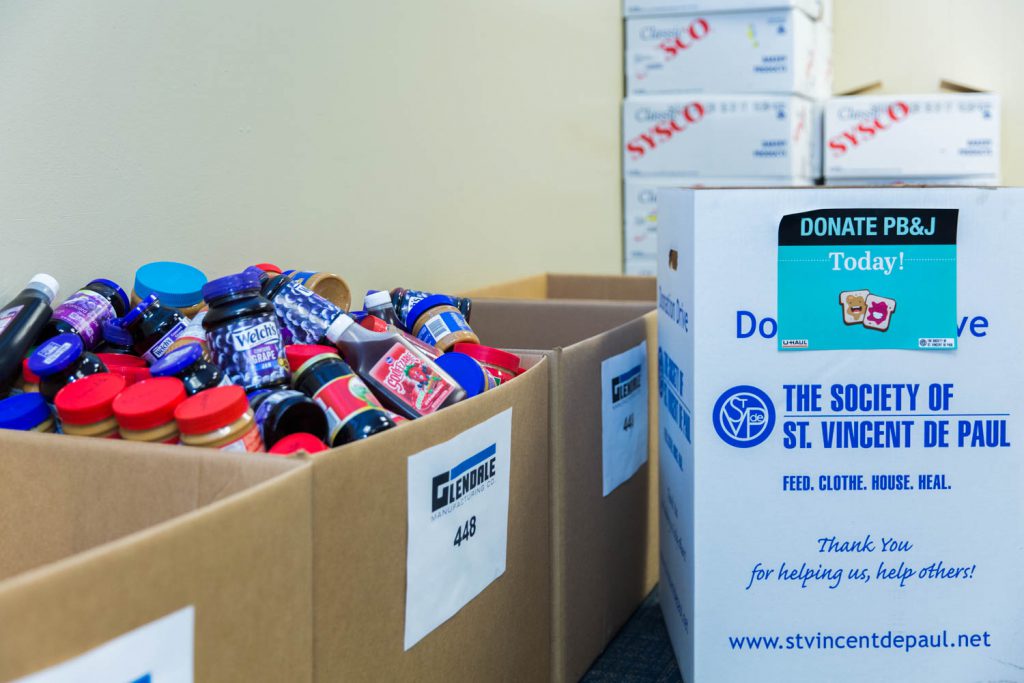 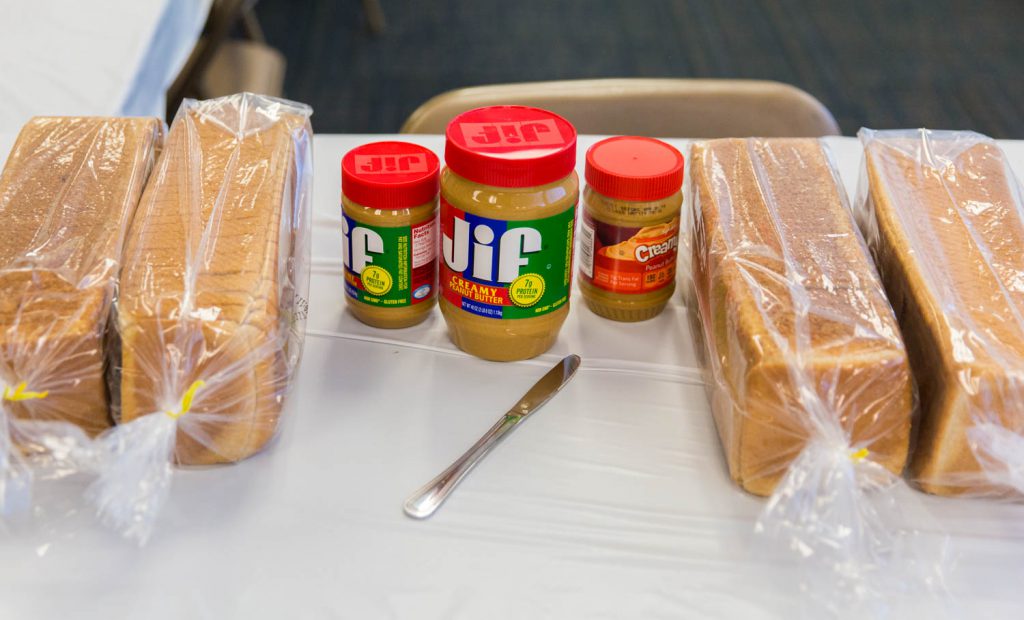 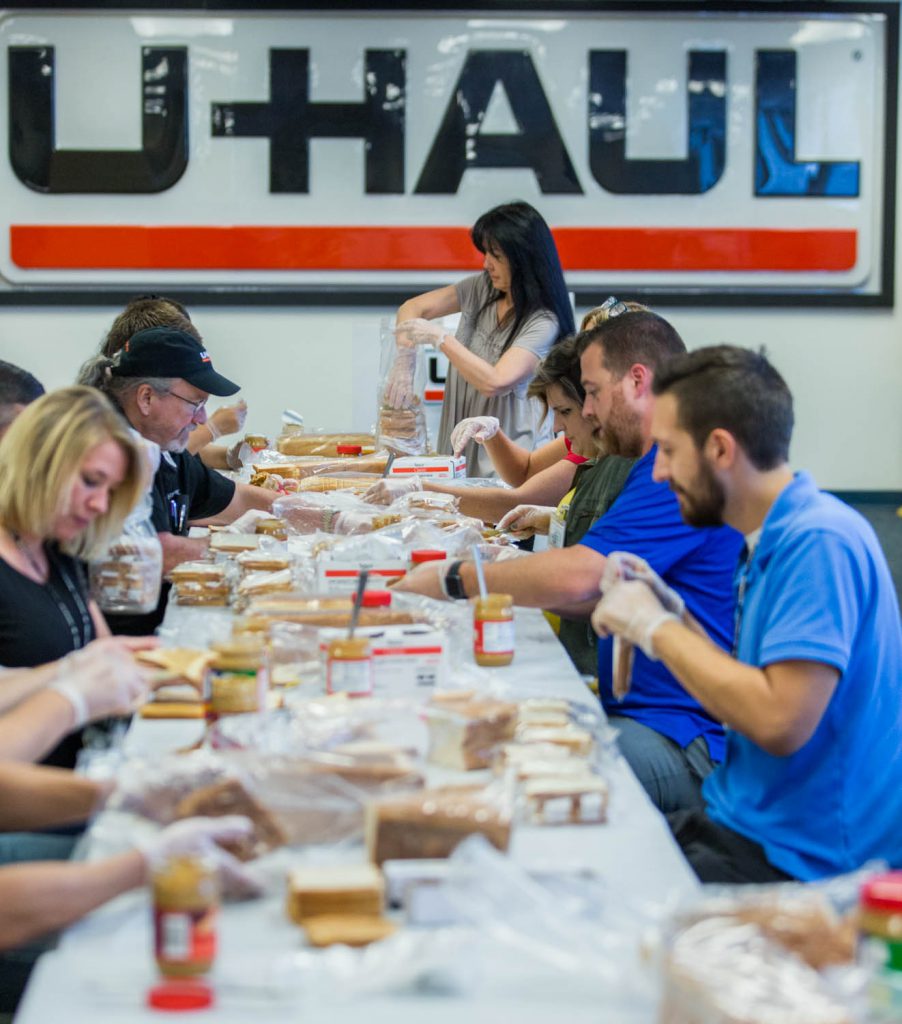 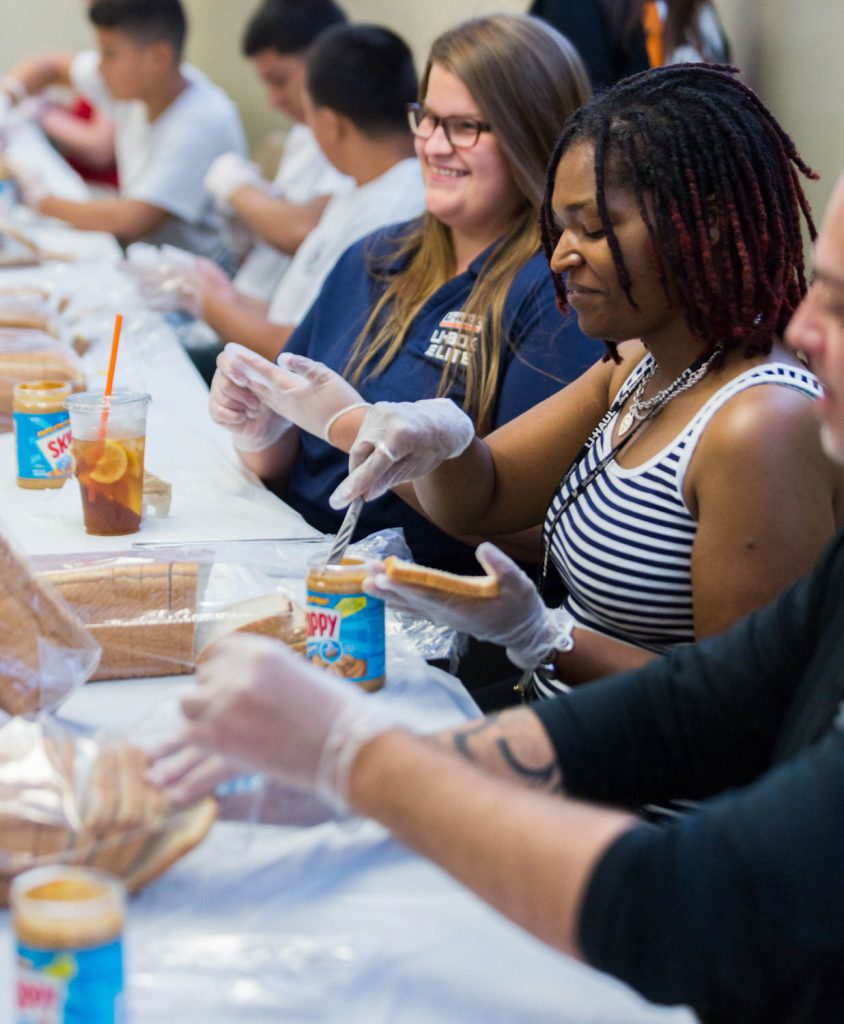 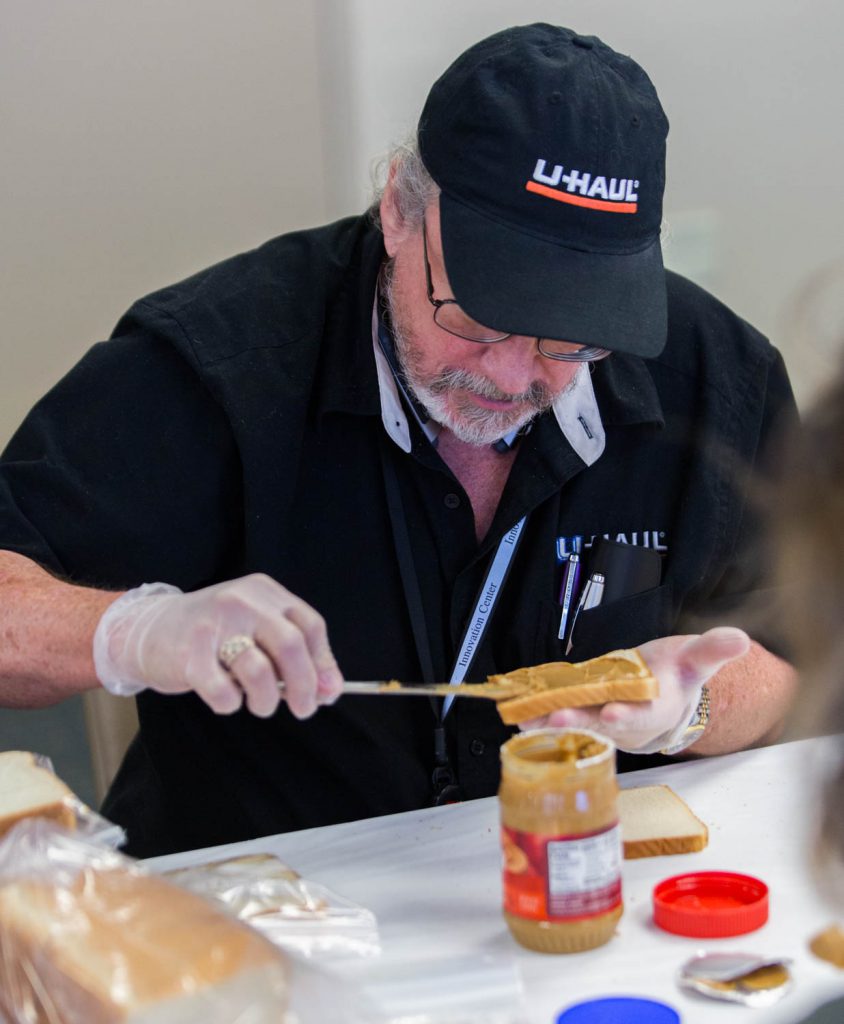 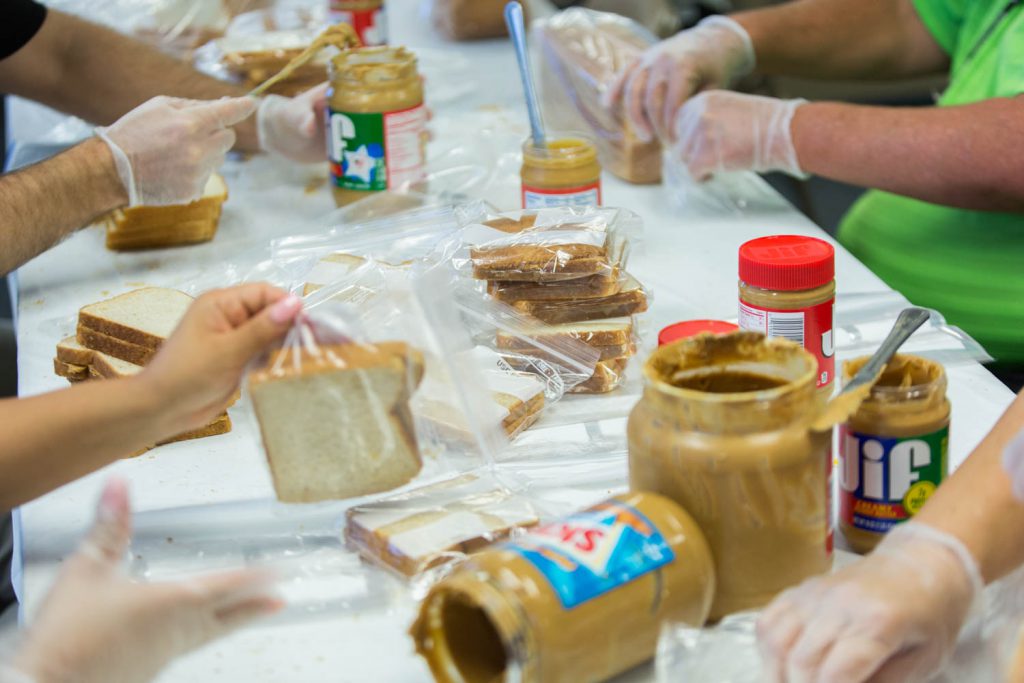 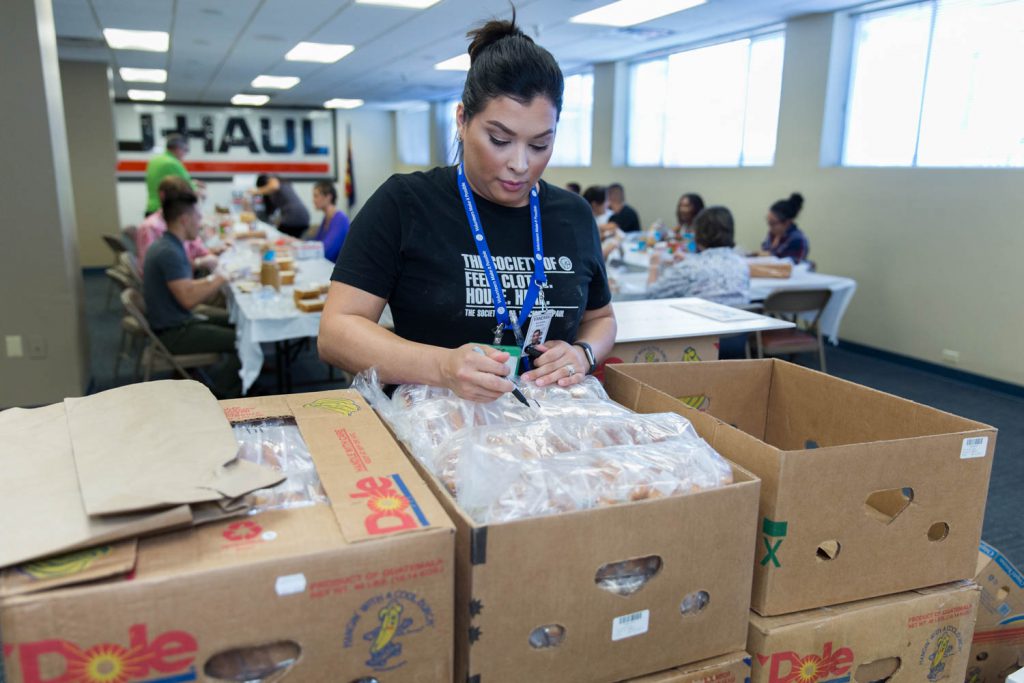 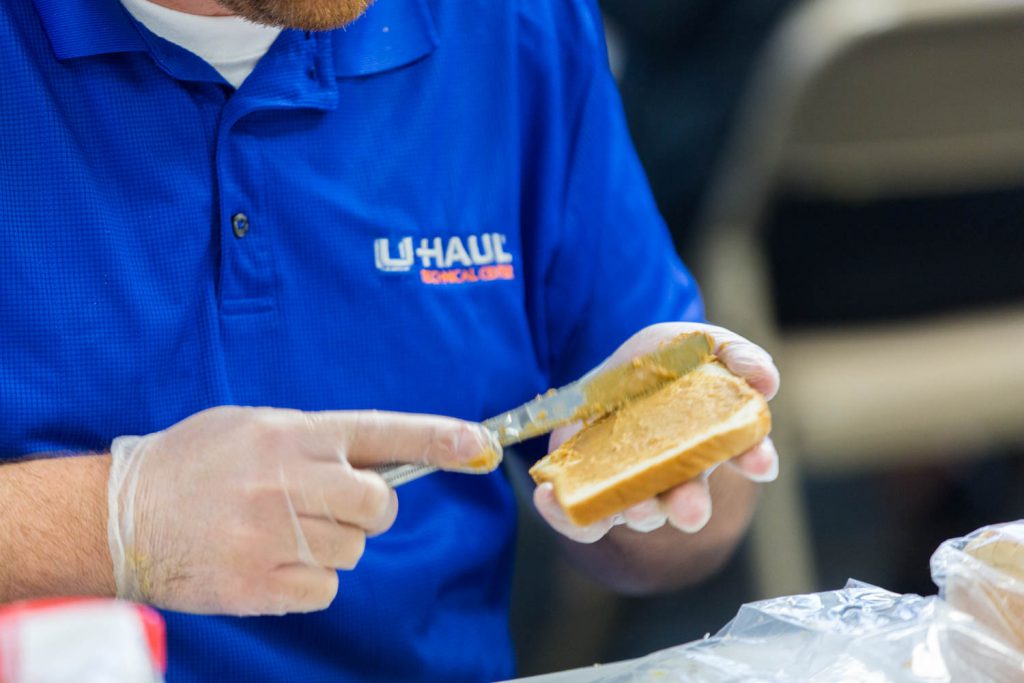 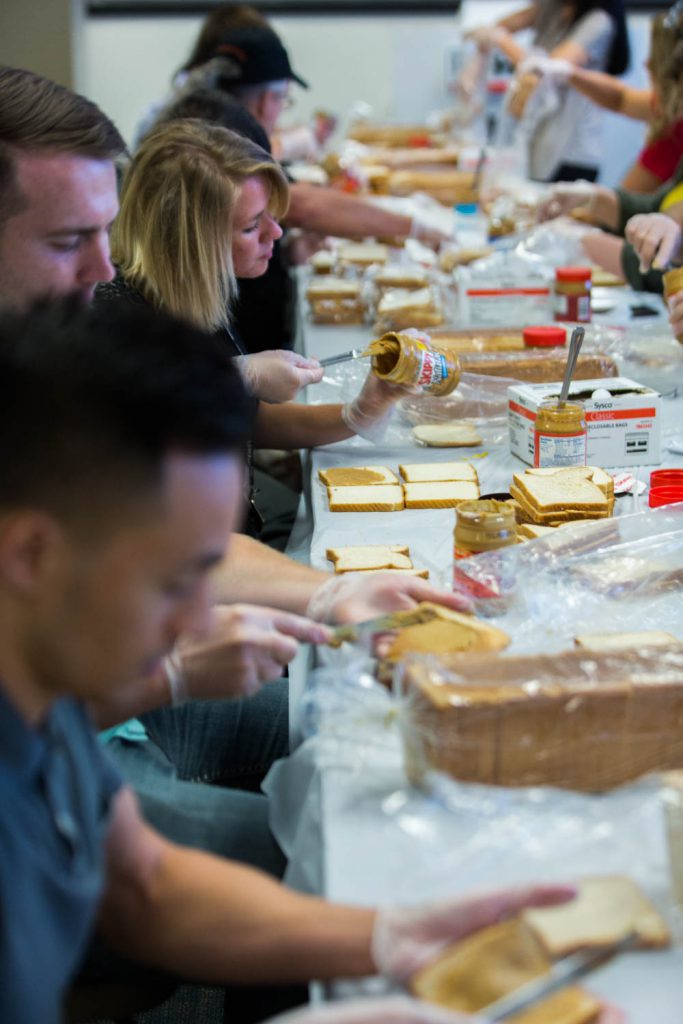 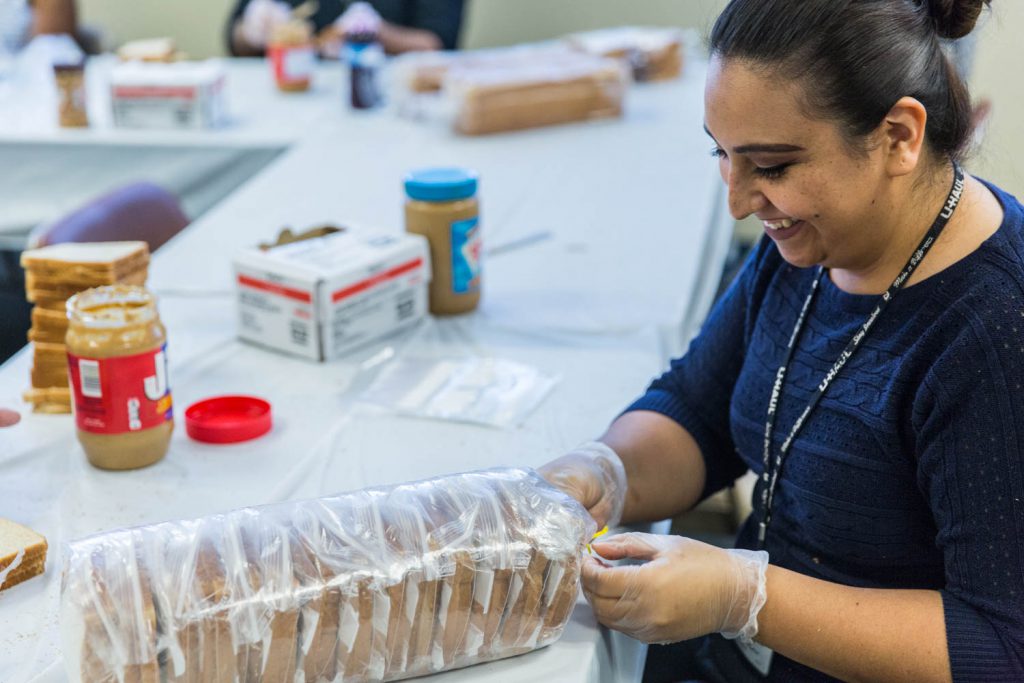