U-Haul Facilities in Tempe, Tucson are Backdrop for an Exciting Day

When brainstorming where to launch his re-election campaign, Governor Doug Ducey and his staff desired a family-run business with deep Arizona roots. The ideal company would be responsible for creating thousands of jobs in the Grand Canyon State, and even enabling mobility from other states into Arizona.

With that criteria, the choice was clear: U-Haul.

Ducey launched his gubernatorial re-election campaign on June 20 with a morning event and wide-ranging speech at the U-Haul Technical Center in Tempe, a facility that has been employing Arizonans and keeping American roads and do-it-yourself movers safer since 1970.

That successful stop preceded a second Ducey event later on Wednesday at the U-Haul Company of Southern Arizona marketing company office in Tucson.

U-Haul Board Member Stuart Shoen introduced Ducey at both events while detailing the history of the Company that was started by his grandparents, L.S. “Sam” Shoen and Anna Mary Carty Shoen, in 1945.

“U-Haul was not an overnight success, but my grandparents knew they had an idea that worked, and they were united with the resolve that nothing would stop them from realizing their vision,” Shoen said. “U-Haul Company’s success story is part of Arizona’s success story. My family moved U-Haul to our great state (more than) 50 years ago (in 1967), and our headquarters for North America have been here ever since.”

Ducey earned a gracious welcome for choosing U-Haul to make his announcement in front of Team Members and their families. Ducey addressed the state’s growth and the role U-Haul plays in that, remarking that 132 Americans get out of bed each day, load up their U-Haul truck and set their GPS for Arizona.

“By the end of the day, they’ll be Arizonans,” Ducey said. “Here for a new job, college, faith, family, military service … to start a new life. There will be more tomorrow and the day after that. (There have been) 200,000 in the last three years. It’s their story, it’s my story, it’s our state’s story.”

Ducey continued: “I get a kick out of politicians who say they create jobs. Someone needs to tell those politicians, ‘You didn’t build that.’ Small business people, entrepreneurs and hardworking Americans like the people here at U-Haul are the ones who built that.”

U-Haul Vice President of Communications Sebastien Reyes said the Company’s selection for such a prominent event was a great honor.

“The governor could have picked anywhere to hold these events,” Reyes said. “But he chose U-Haul. That says a lot about the reputation of U-Haul and the strength of our team. Not just in Arizona, but throughout the U.S. and Canada.”

Are you looking to migrate to Arizona, or another state or province? Are you seeking a reliable and affordable way to move your family and belongings? Find U-Haul locations near you by visiting uhaul.com/locations. 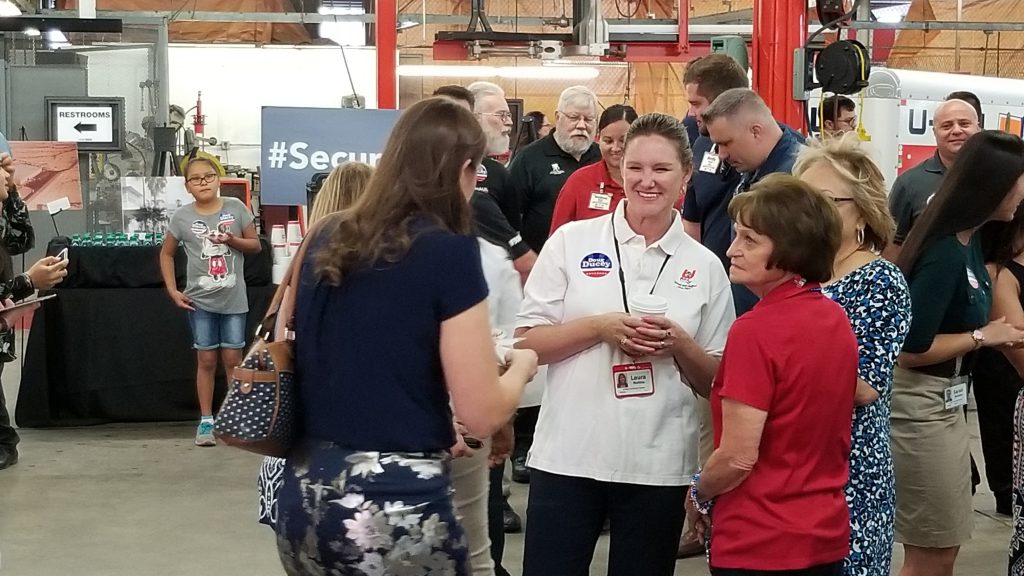 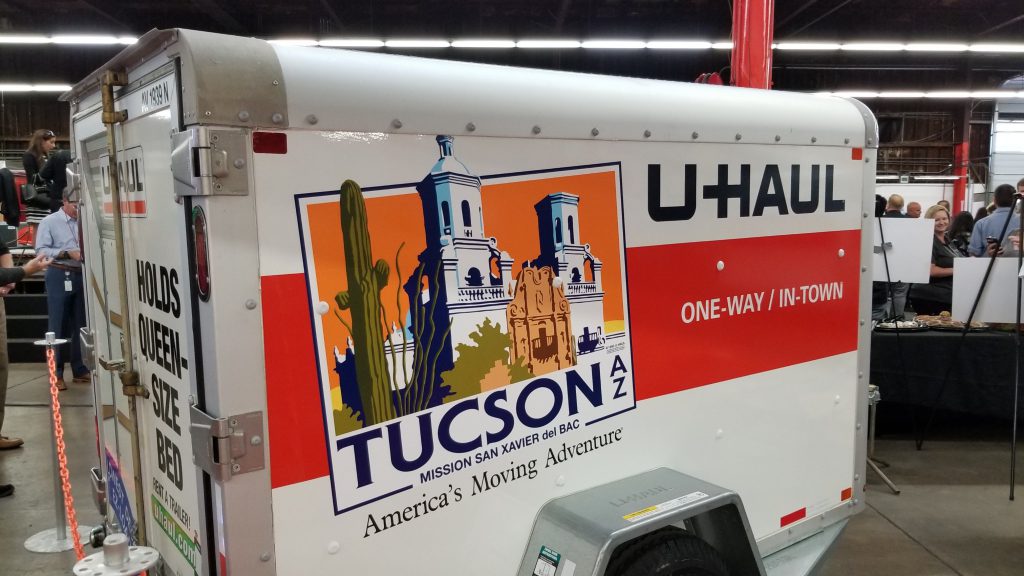 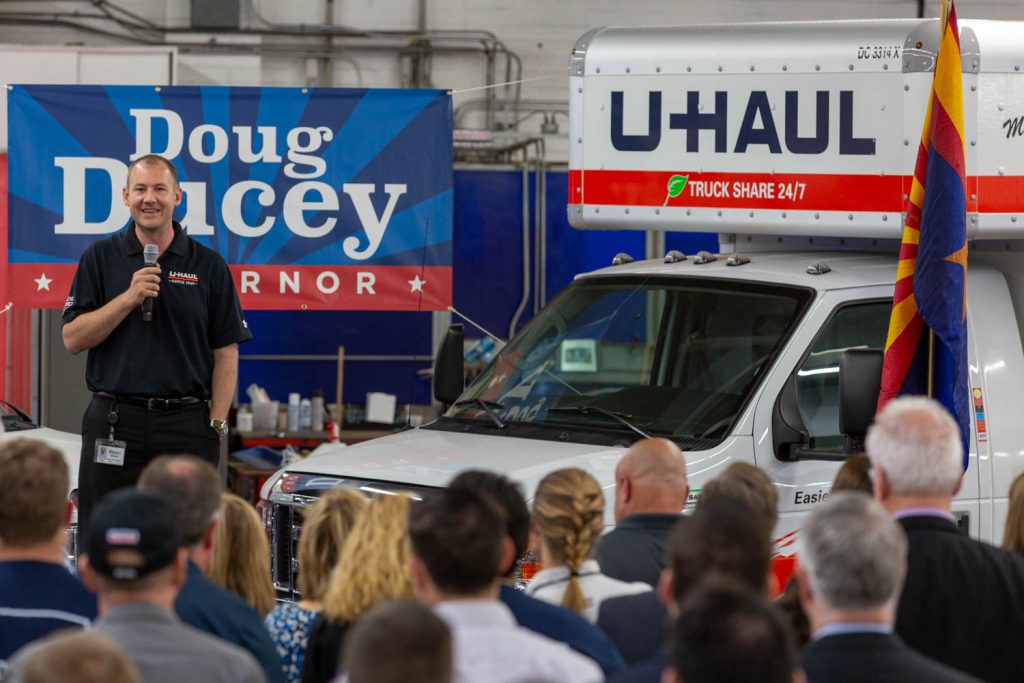 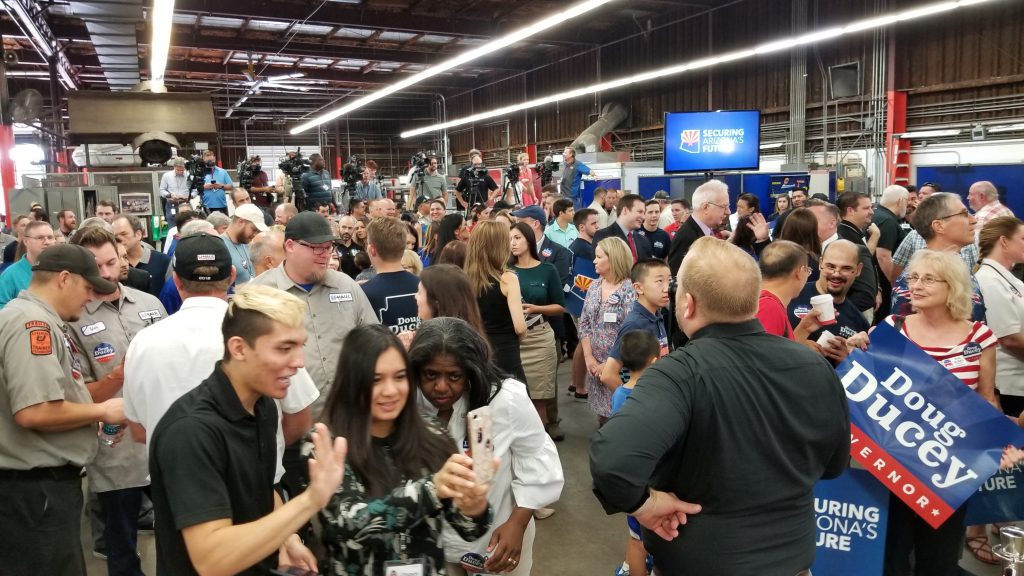 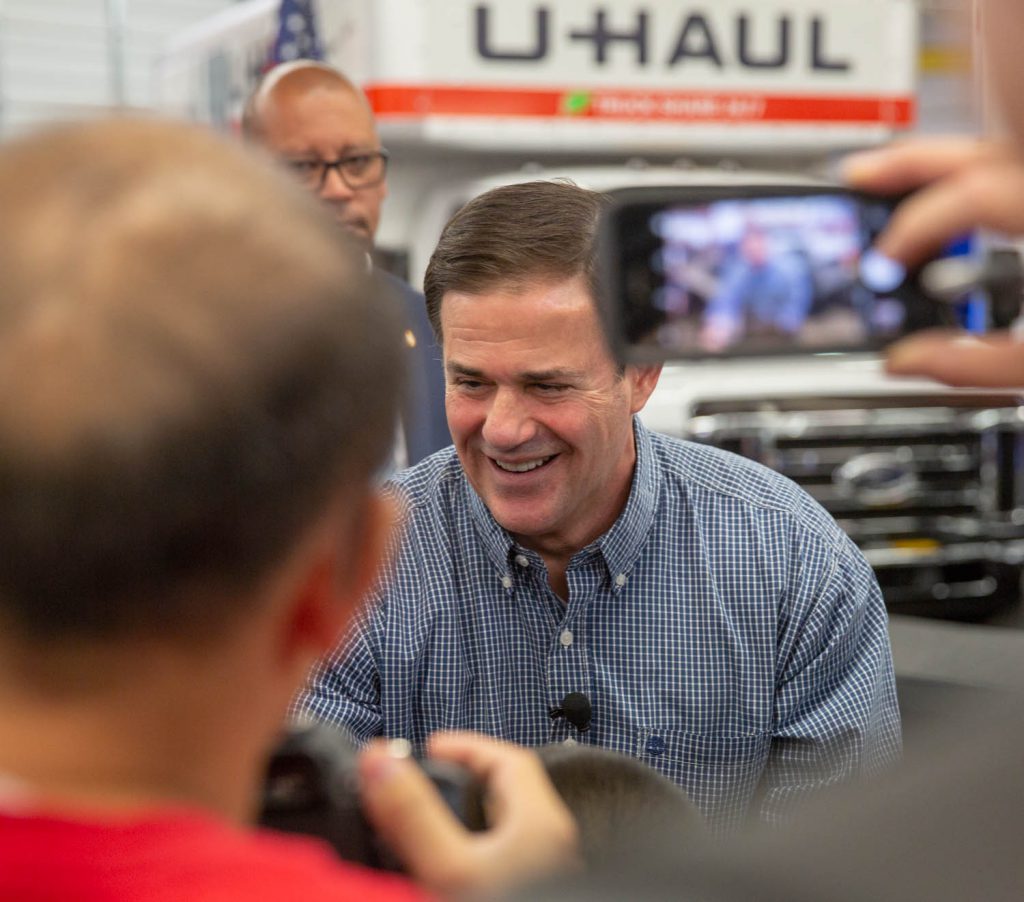 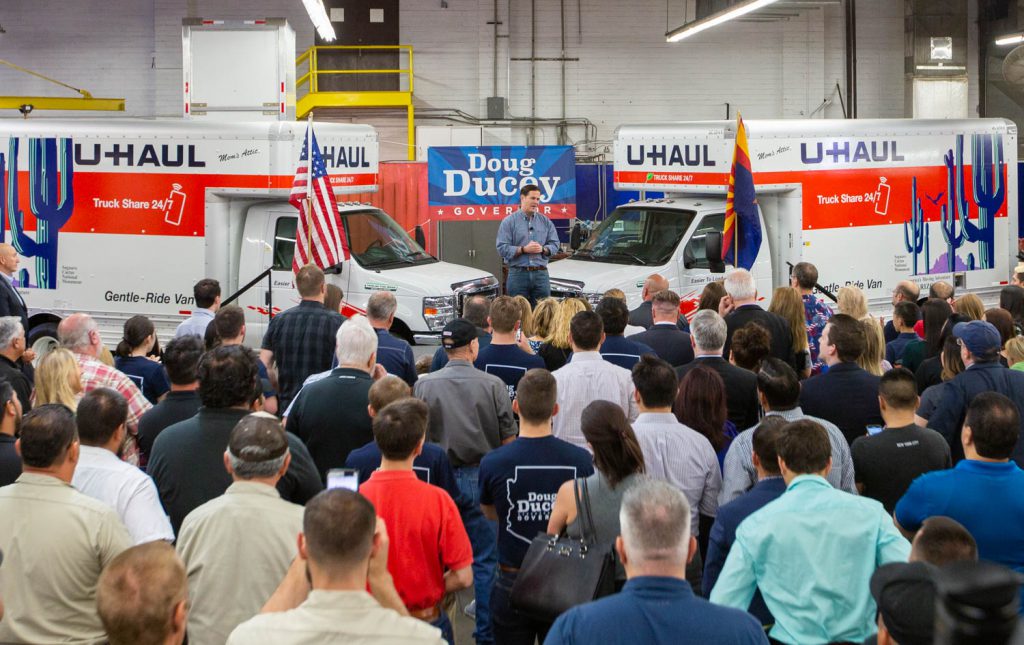 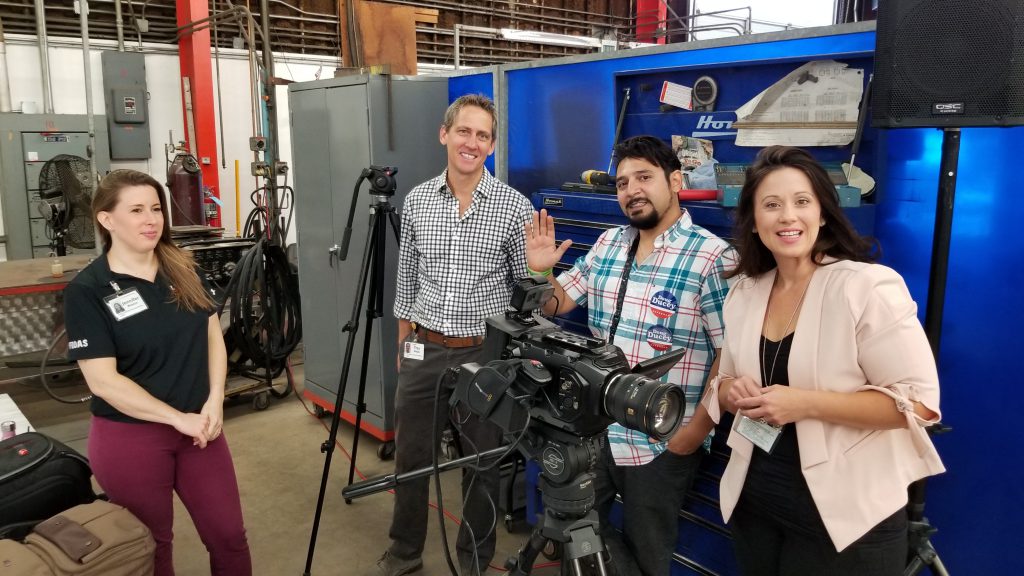 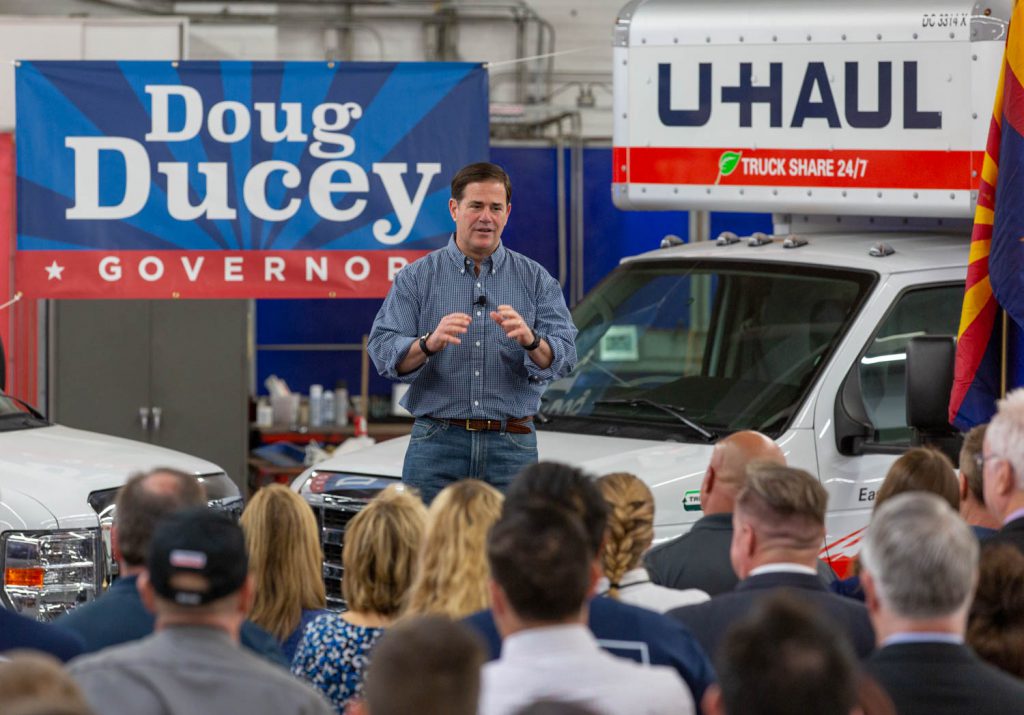 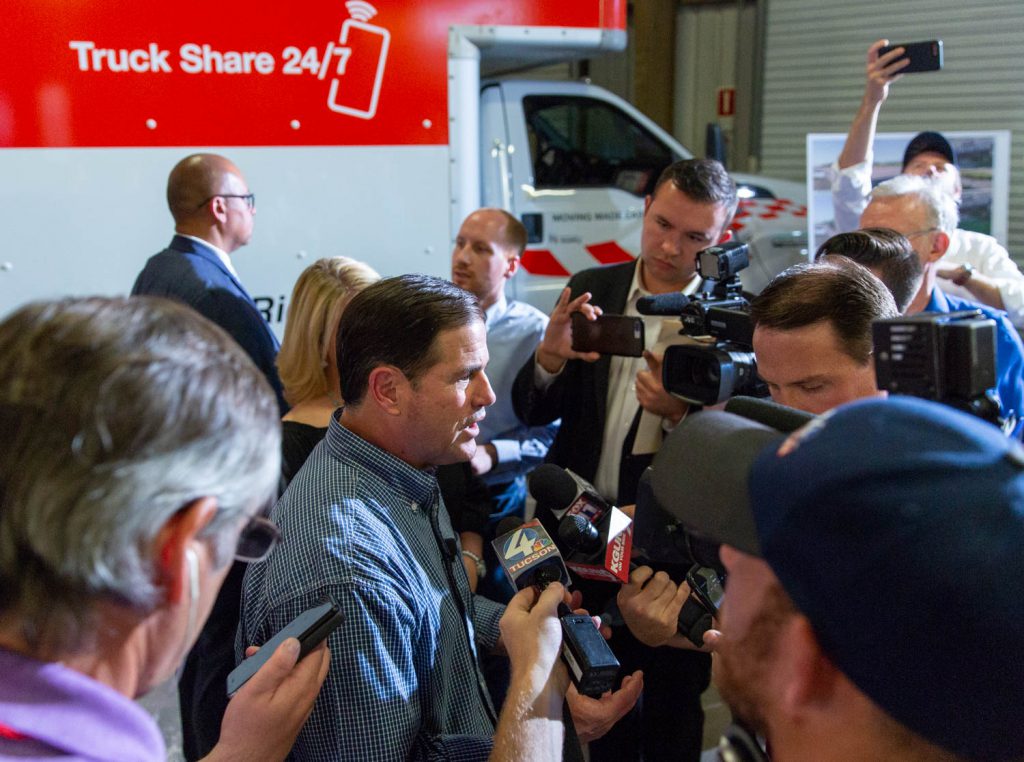 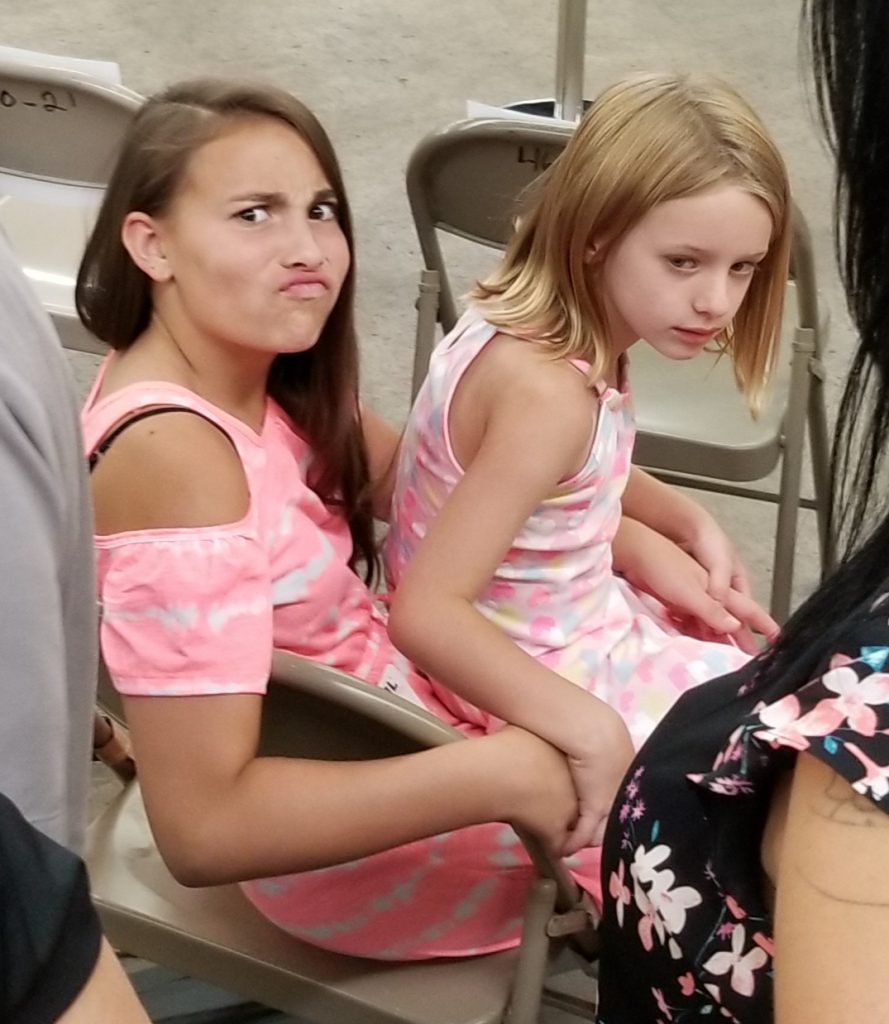 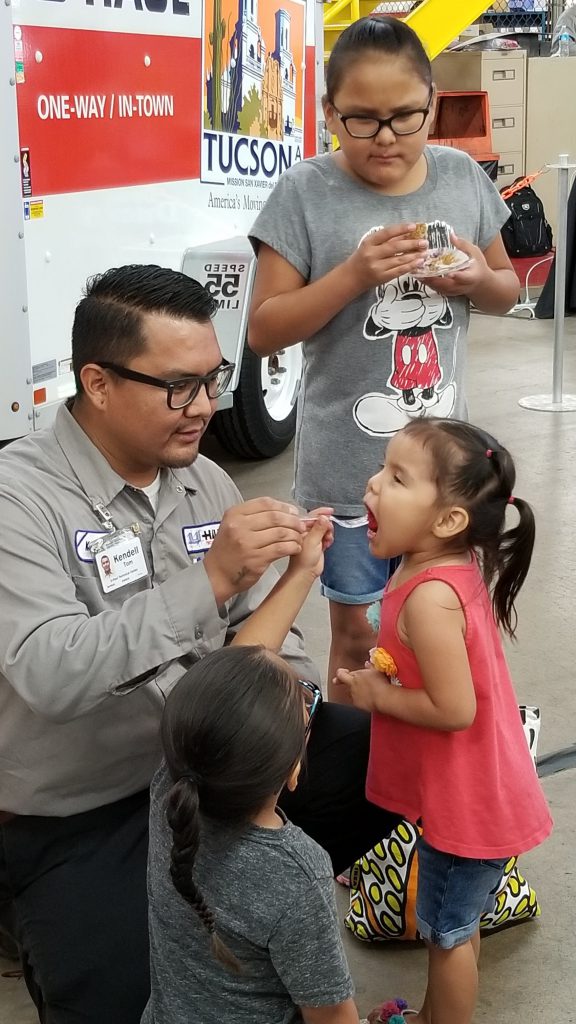 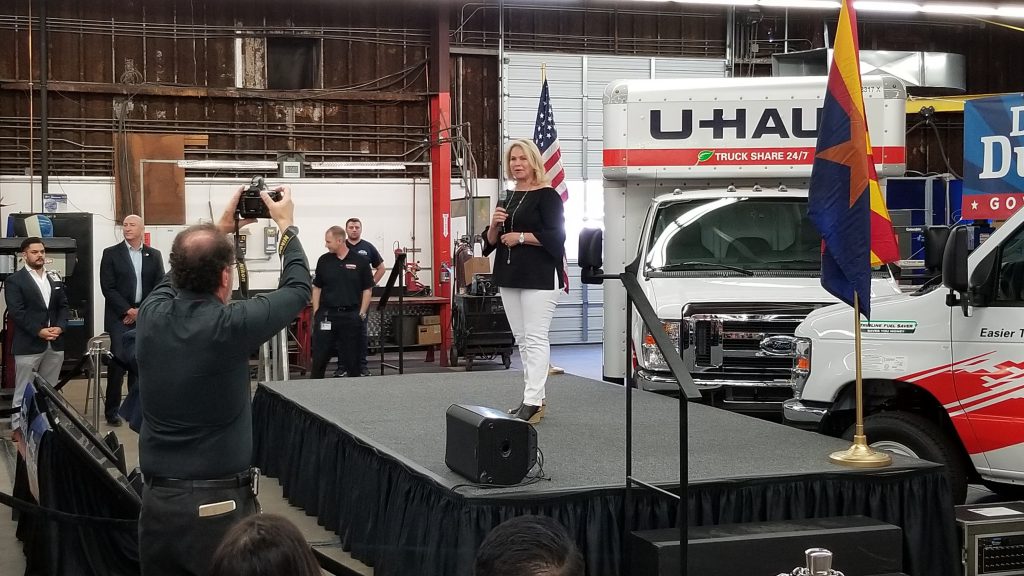 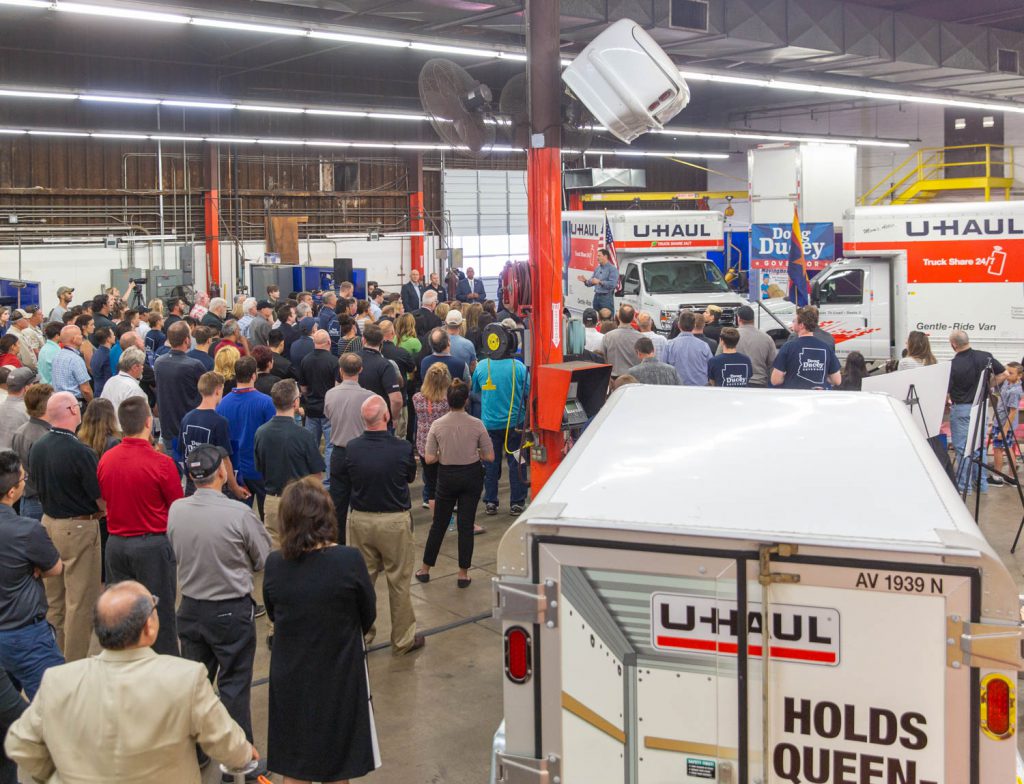 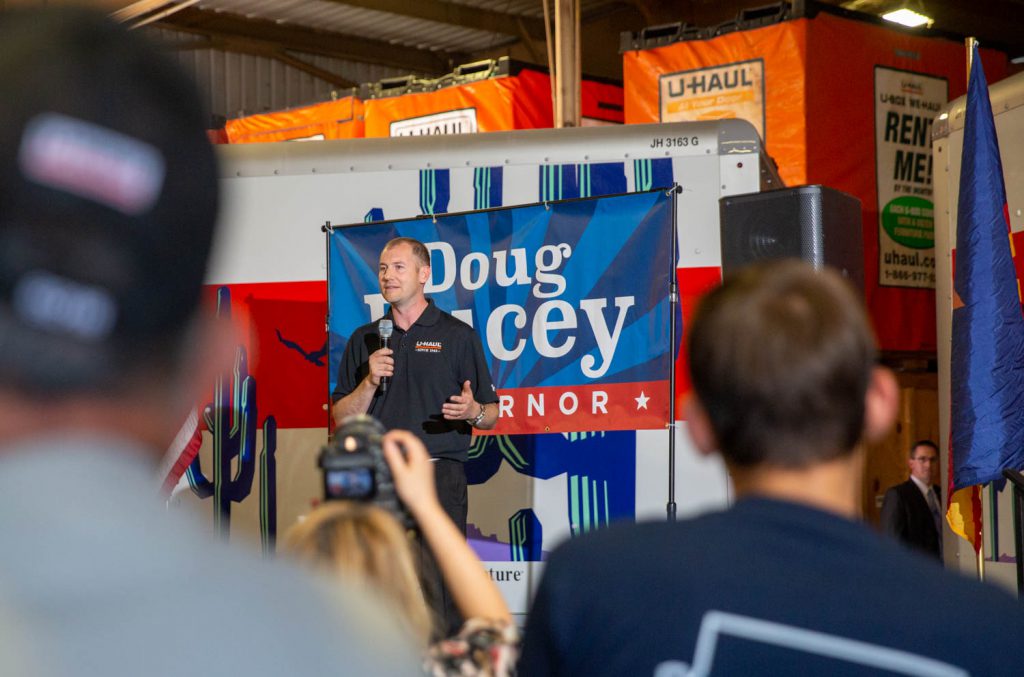 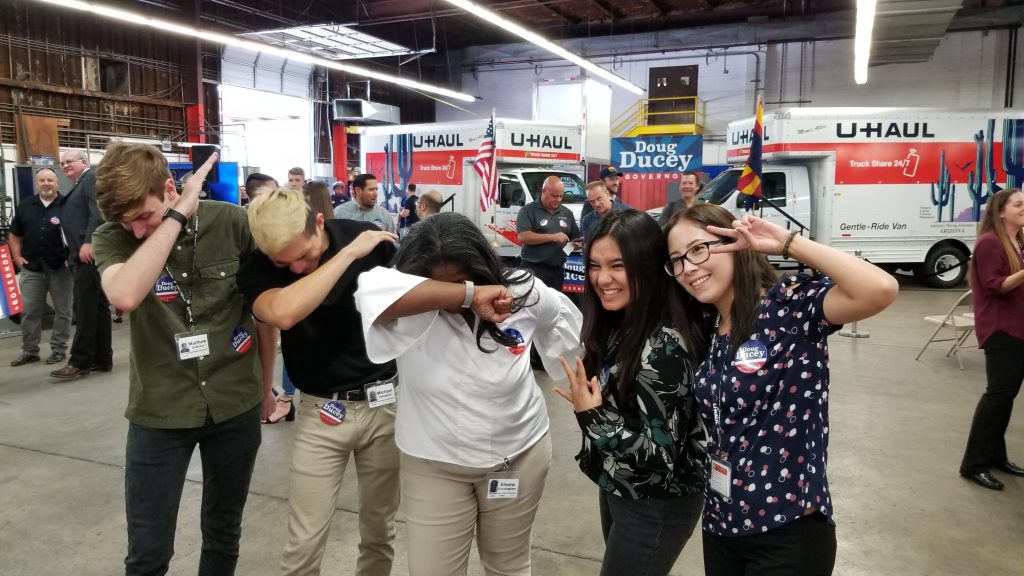 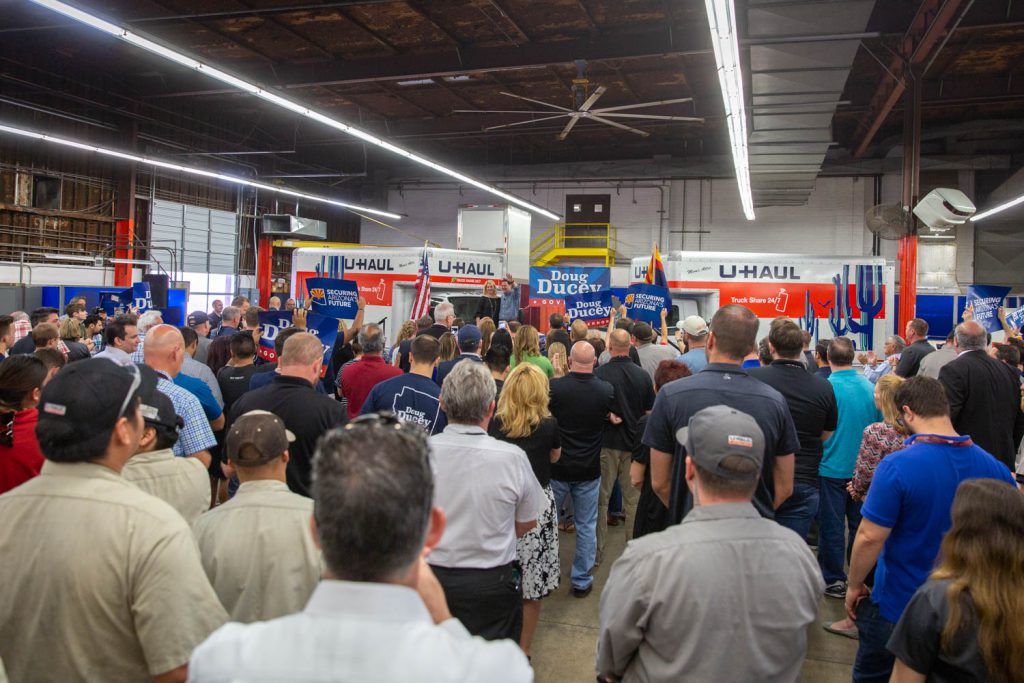 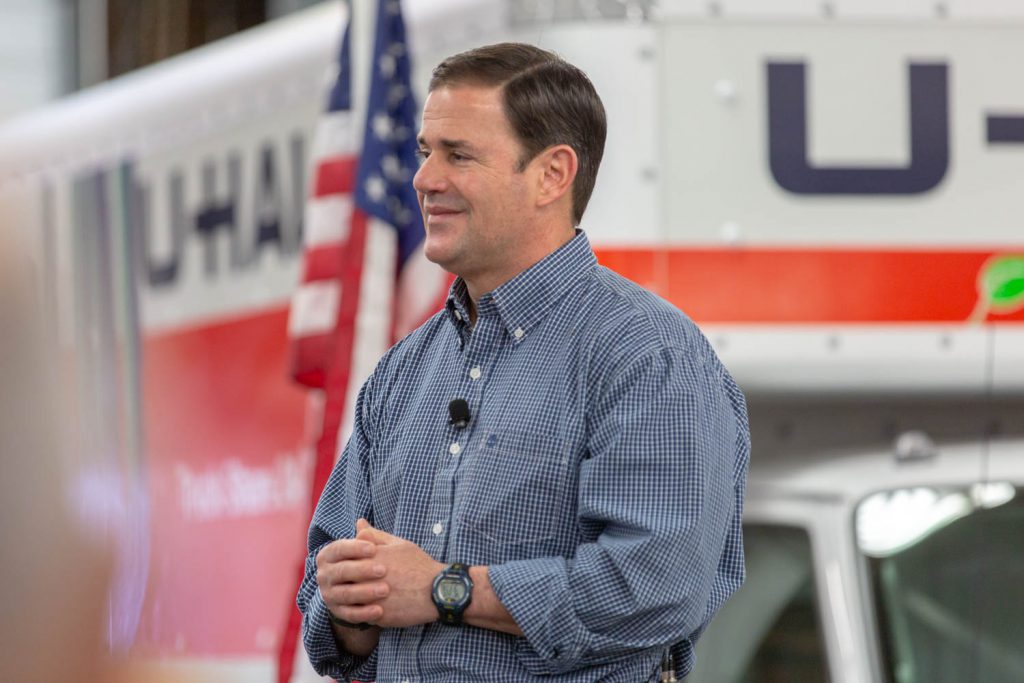 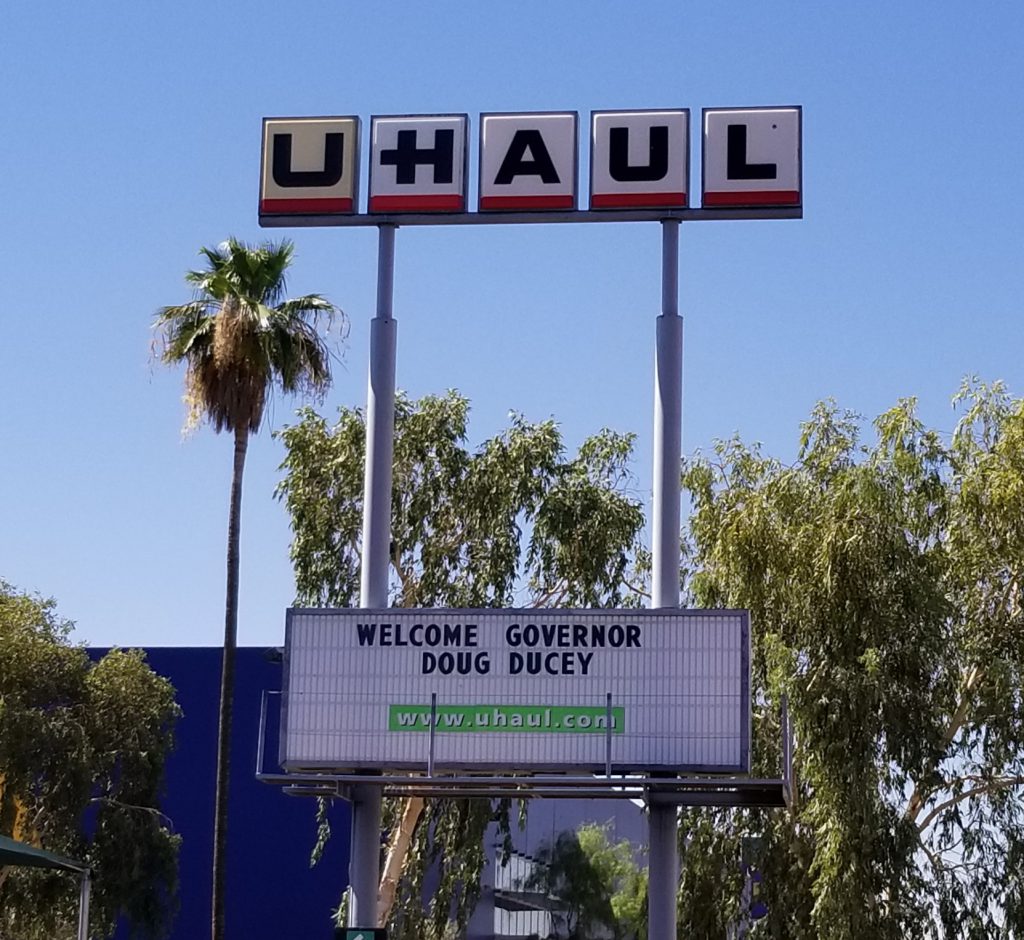 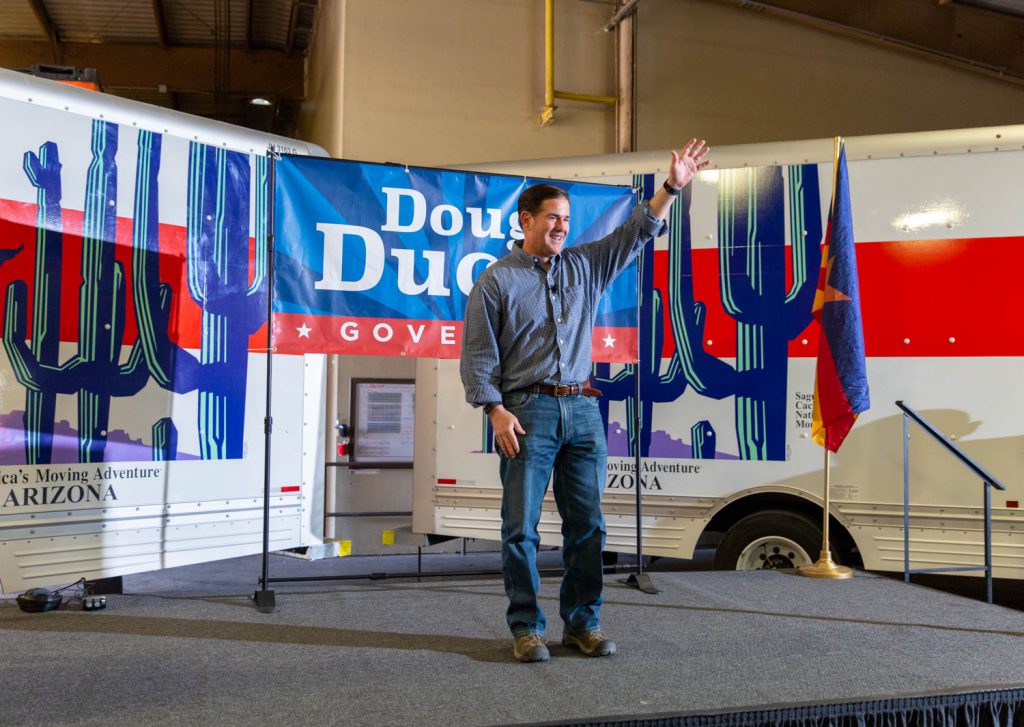 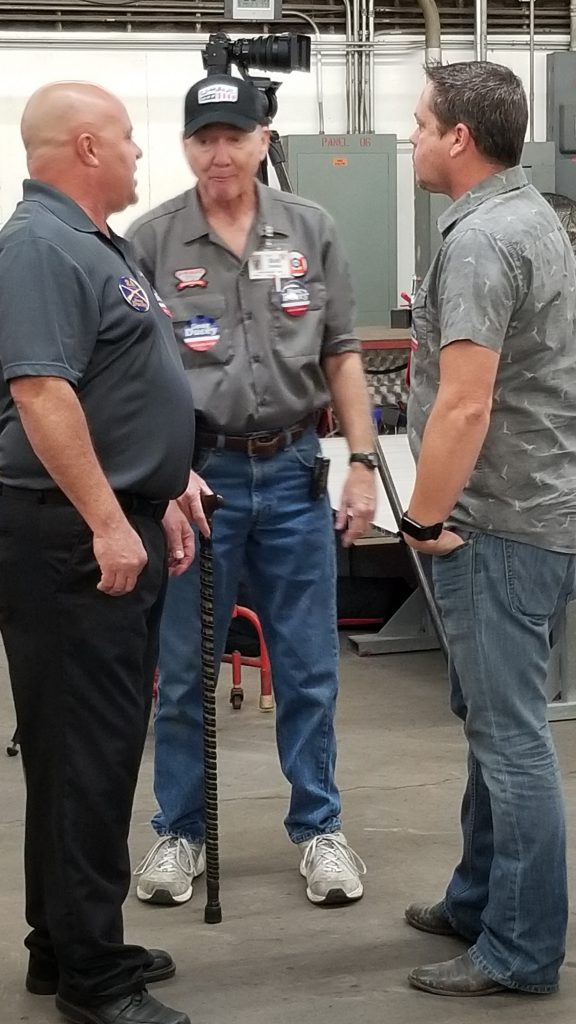 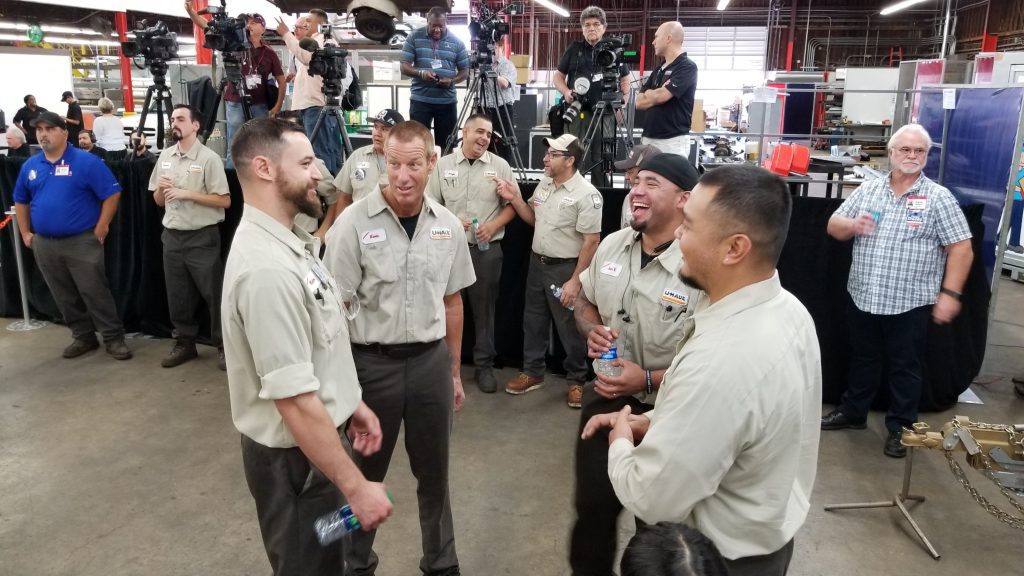 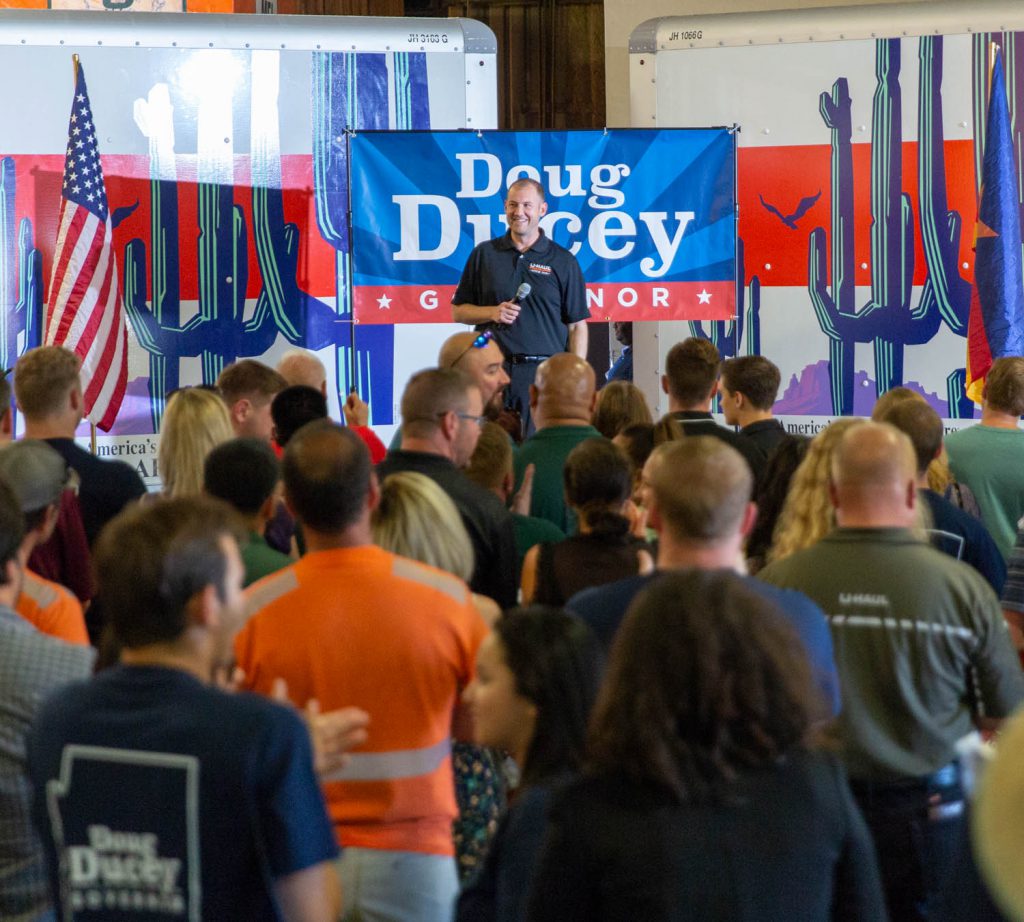 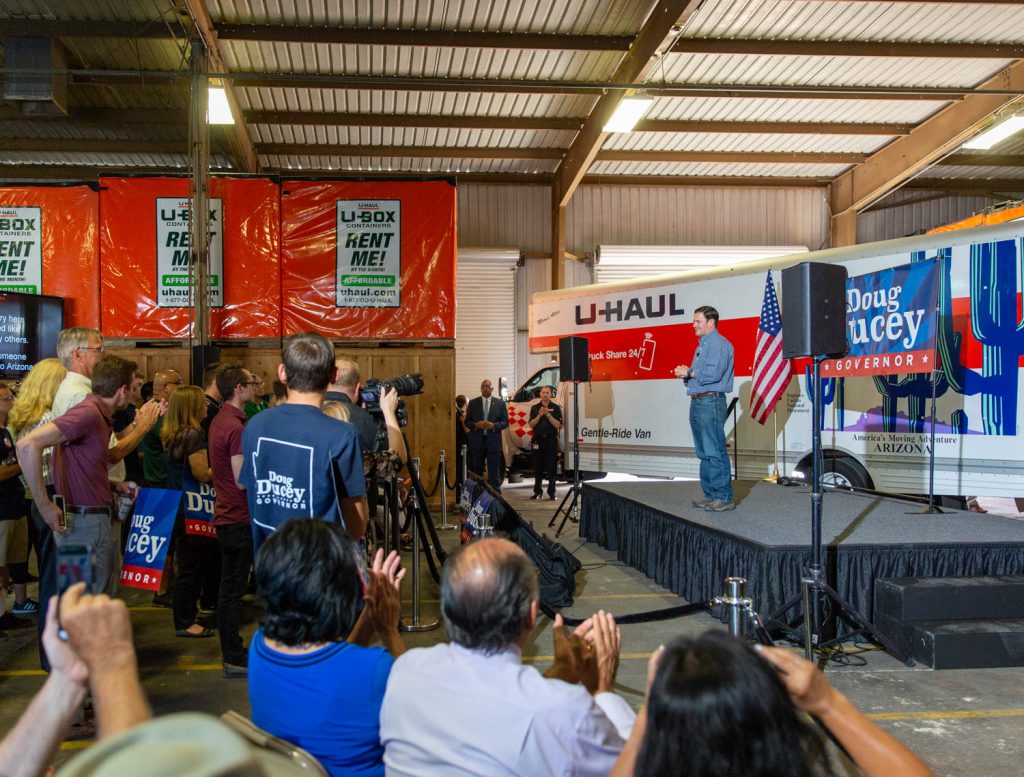 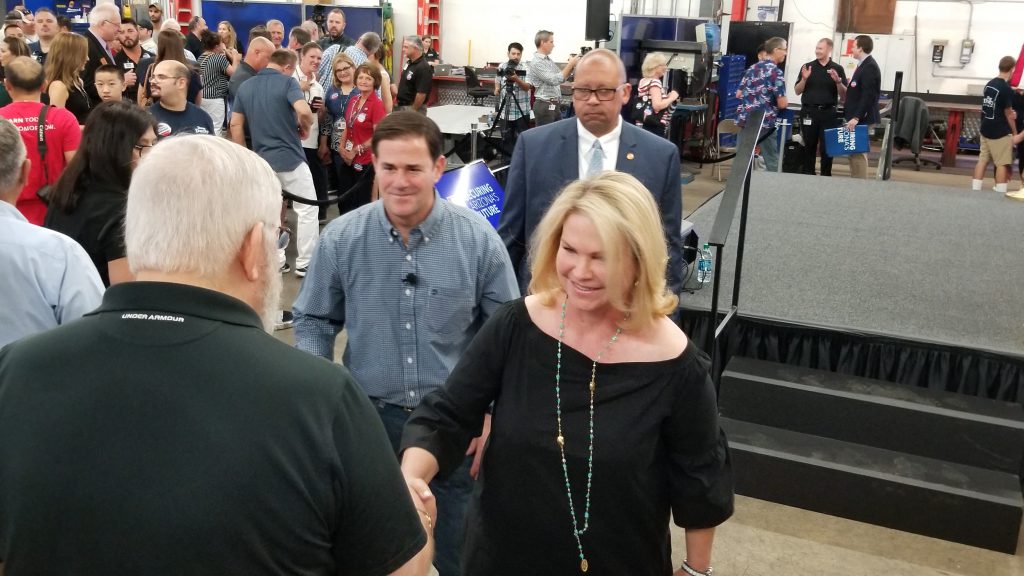