NEW YORK CITY — U-Haul proudly supported the Achilles Freedom Team of Wounded Veterans at the 2018 Hope & Possibility Race – a four-mile, fan-favorite event that New York City has hosted for the past 16 years.

Team U-Haul, comprised of local and veteran Team Members, joined 50 members of the Achilles Freedom Team along with 7,500 other people participating in the Hope & Possibility Race on June 24 in Central Park. The event raises awareness and money in support of Achilles International.

The mission of Achilles is to empower people with all types of disabilities to participate in mainstream running events in order to promote personal achievement.

Achilles launched the Freedom Team Program in 2004 to address the specific needs of wounded U.S. military members. Participants receive training and the use of specialized adaptive devices, such as hand-crank wheelchairs. While the ultimate goal is to complete a marathon, the program stresses achievable accomplishment, encouraging participants to begin by training for competitions such as the Hope & Possibility Race.

Jeff Sonberg, U-Haul Company of Manhattan/Bronx president, had the honor of welcoming and addressing the Freedom Team at the starting line before the Hope & Possibility Race began.

“Our support of the Achilles Freedom Team of Wounded Veterans … is a cause close to my heart,” Sonberg said. “These brave men and woman put their lives on the line for the freedom we sometimes take for granted. Although they face many hurdles, they face them with class and without complaint.”

Sonberg held the finish-line tape with Achilles Freedom Team founder Mary Bryant. He also raffled off a U-Haul bike and U-Haul gift certificates to Hope & Possibility finishers in the festival area of the park.

“It is so inspiring to watch what members of the Freedom Team can do and achieve, and to know they can accomplish personal goals thanks to support from organizations like U-Haul,” Sonberg noted. “The day was great, and being front and center with much of the event was a real joy! As a veteran, I was very proud to play a role in making our wounded veterans’ day better.”

Dick Traum, the president and founder of Achilles and the first-known amputee to run a marathon, participated as well.

“Thank you, U-Haul, for sponsoring our 2018 Achilles Hope & Possibility Race,” Traum stated. “Your continuous support made it possible for wounded veterans, adults and children with disabilities to overcome their challenges and cross that finish line,” he added. “We are grateful for Team U-Haul’s dedication to disability inclusion, and also helping us grow this race to the largest in the world that embraces people with disabilities.”

U-Haul Company of Northern New Jersey president Allan Cotto and Team Members Felicia Roberts and Talika Barber were also there. Roberts and Barber walked with members of the Freedom Team, while Cotto and his daughter, Madison, ran the race.

“It was a great day! I enjoyed running with my 10-year-old daughter,” Cotto said. “Madison inspired me to complete the race. It was a great father-daughter moment that we will cherish for the rest of our lives. We truly enjoyed running on behalf of our excellent U-Haul Team. My daughter and I look forward to running next year.”

The 2018 event featured the largest turnout for the Achilles Hope & Possibility Race to date. If having Team U-Haul in attendance helped boost the Freedom Team veterans’ morale, it was well worth it. To learn more or make a donation to the Freedom Team Program please visit achillesinternational.org/freedom-team.

Finally, U-Haul dedicates much of its community work and charity support to organizations and initiatives that address veterans’ needs. U-Haul has also been honored repeatedly as a leading veteran-friendly U.S. employer. U-Haul continues to place a major emphasis on recruiting and hiring veterans. 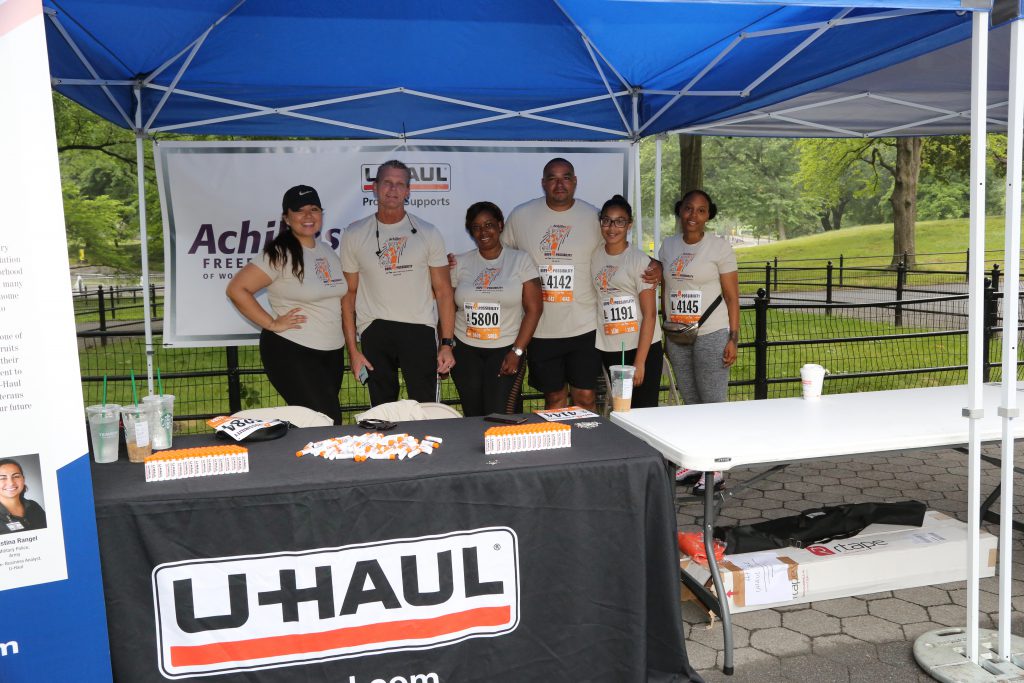 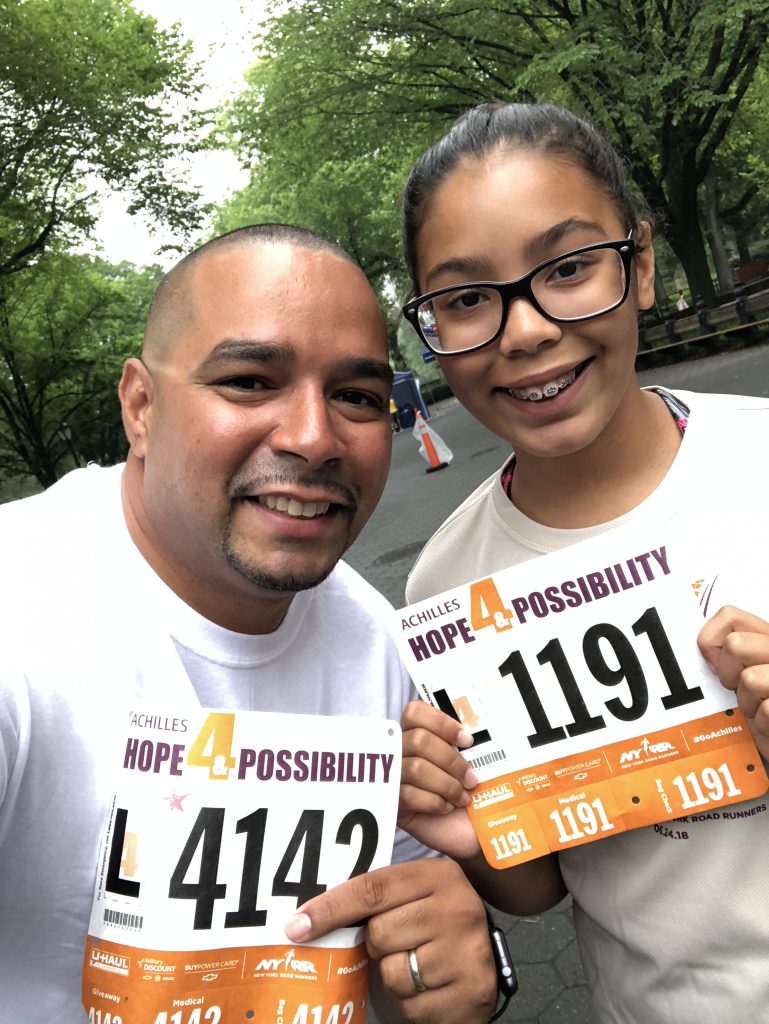 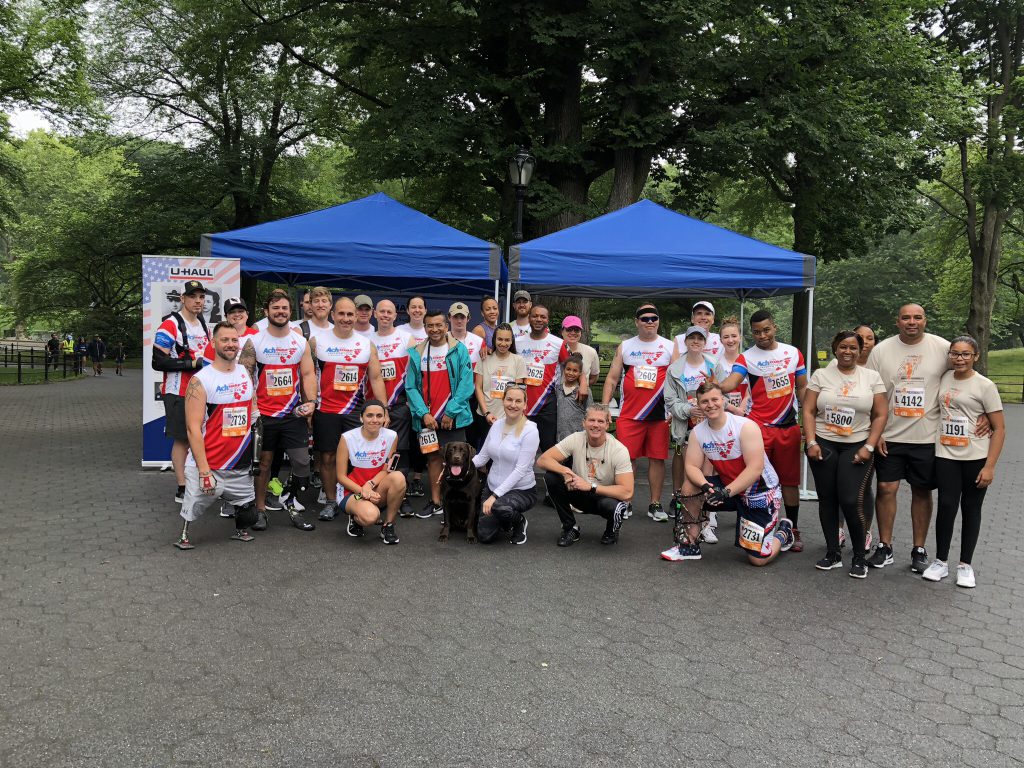 The Achilles Freedom Team of Wounded Veterans and Team U-Haul. 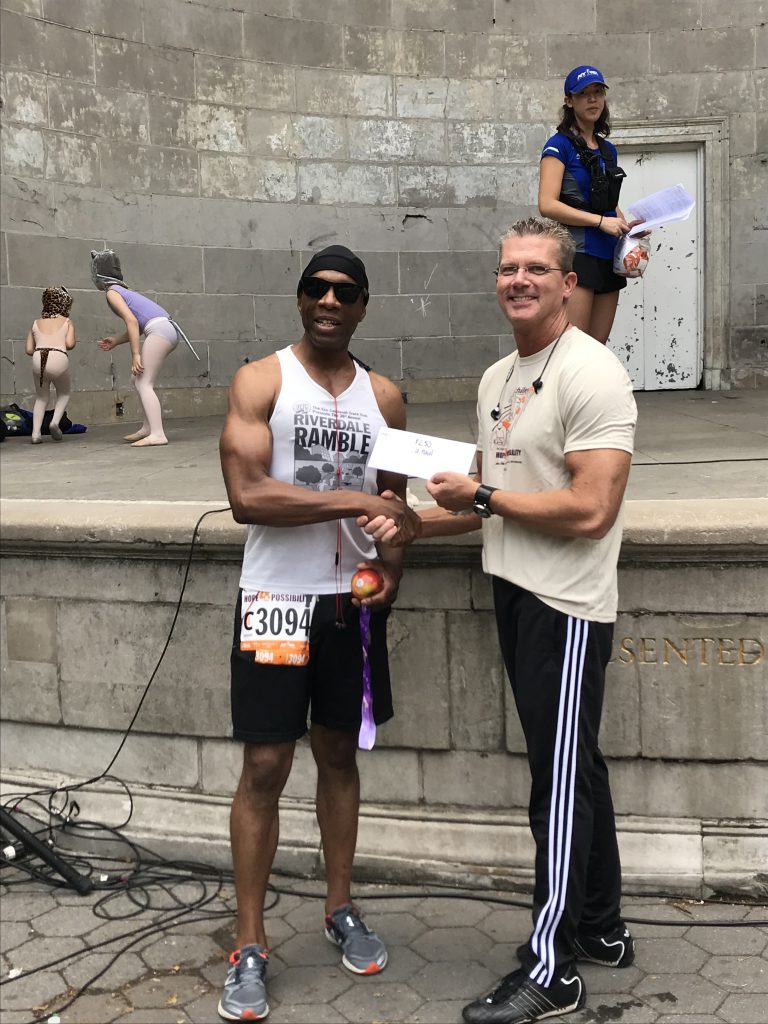 Sonberg presenting a U-Haul gift certificate to a raffle winner. 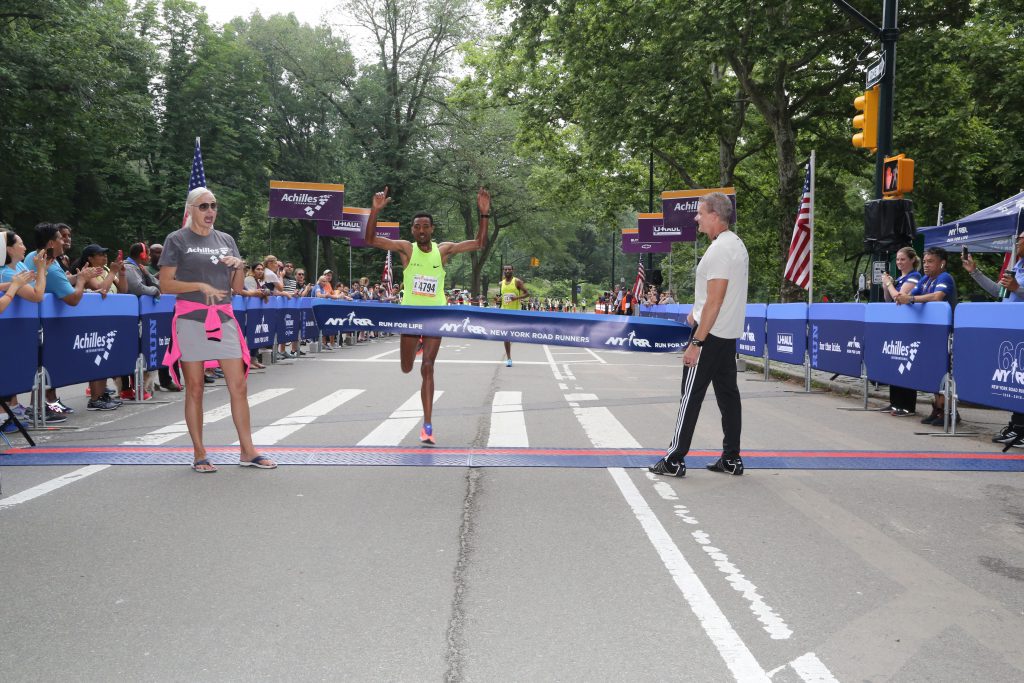 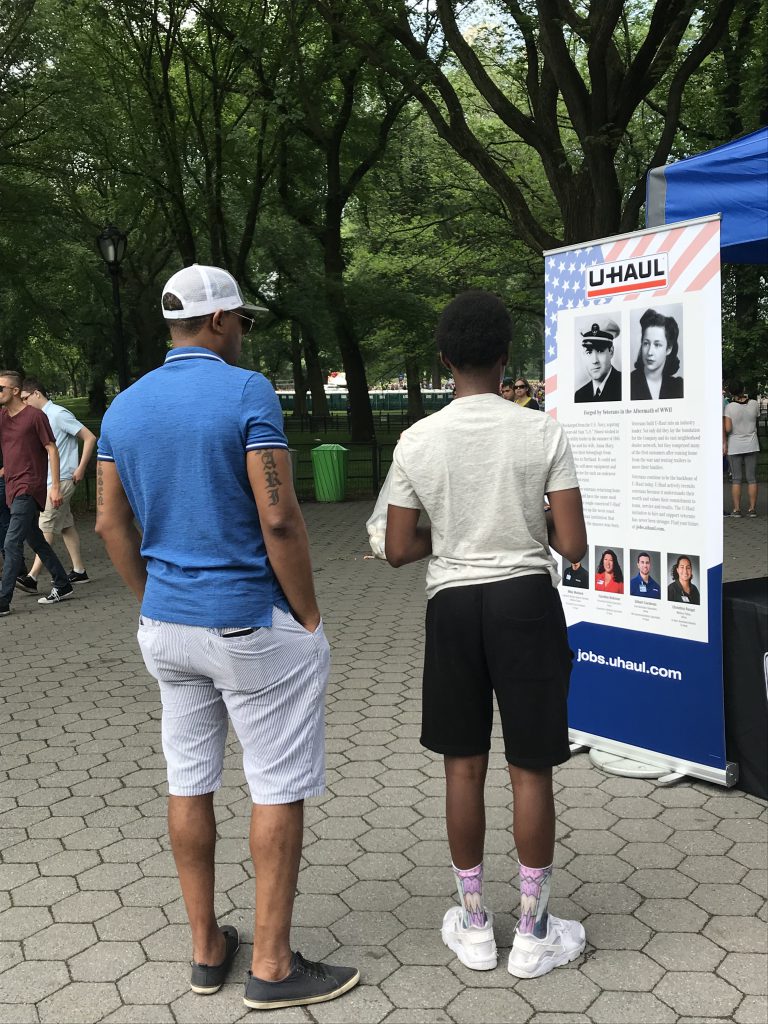 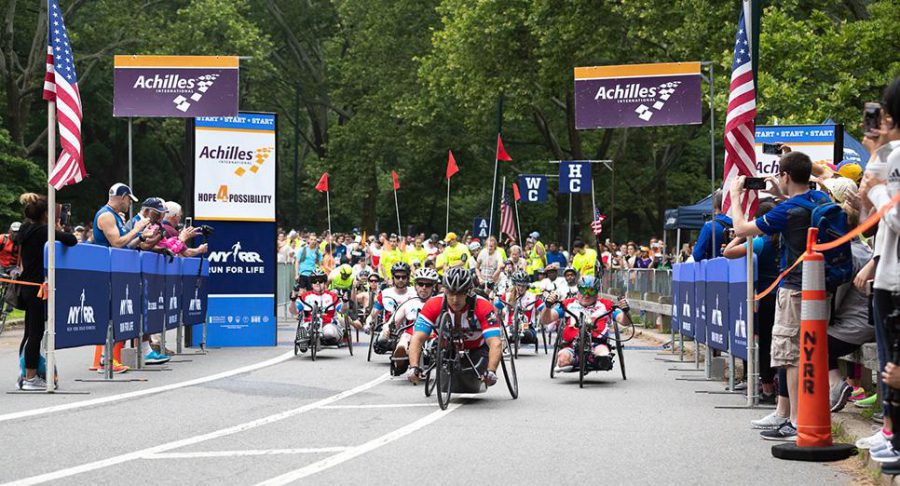 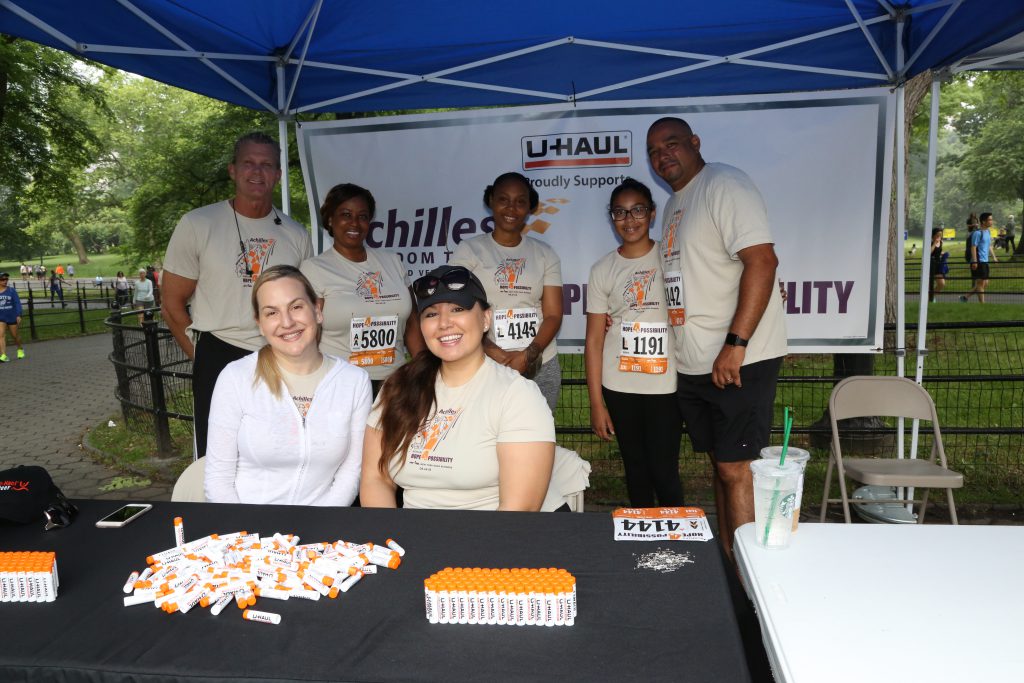 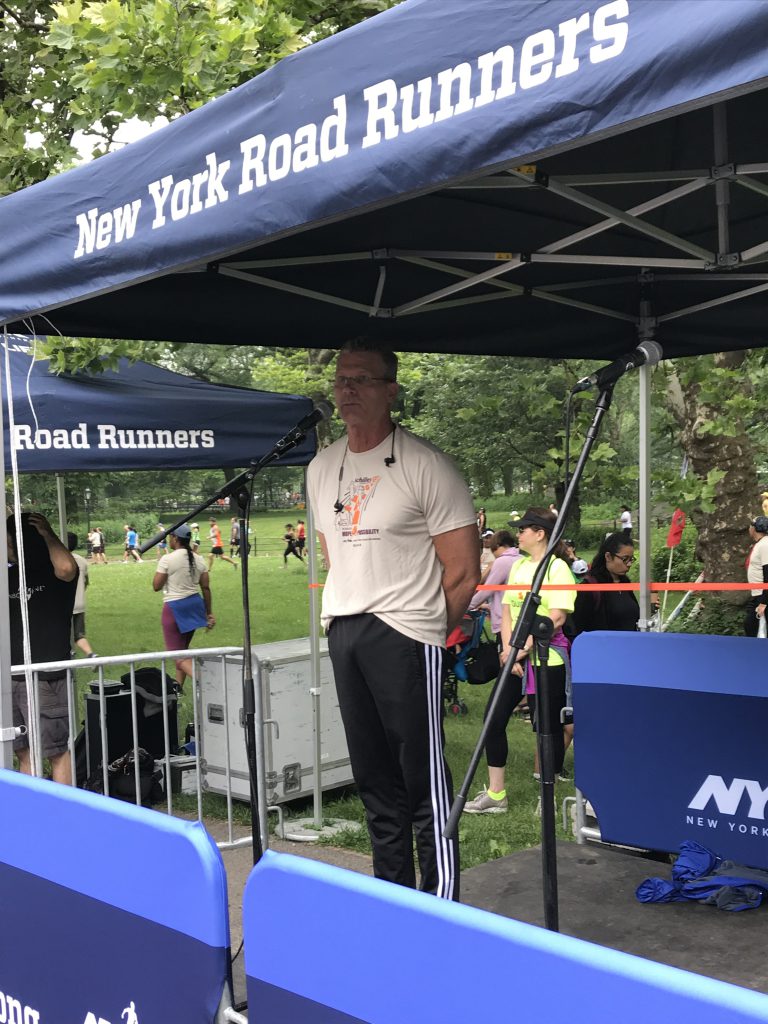 Sonberg addressing the Freedom Team and crowd before the race. 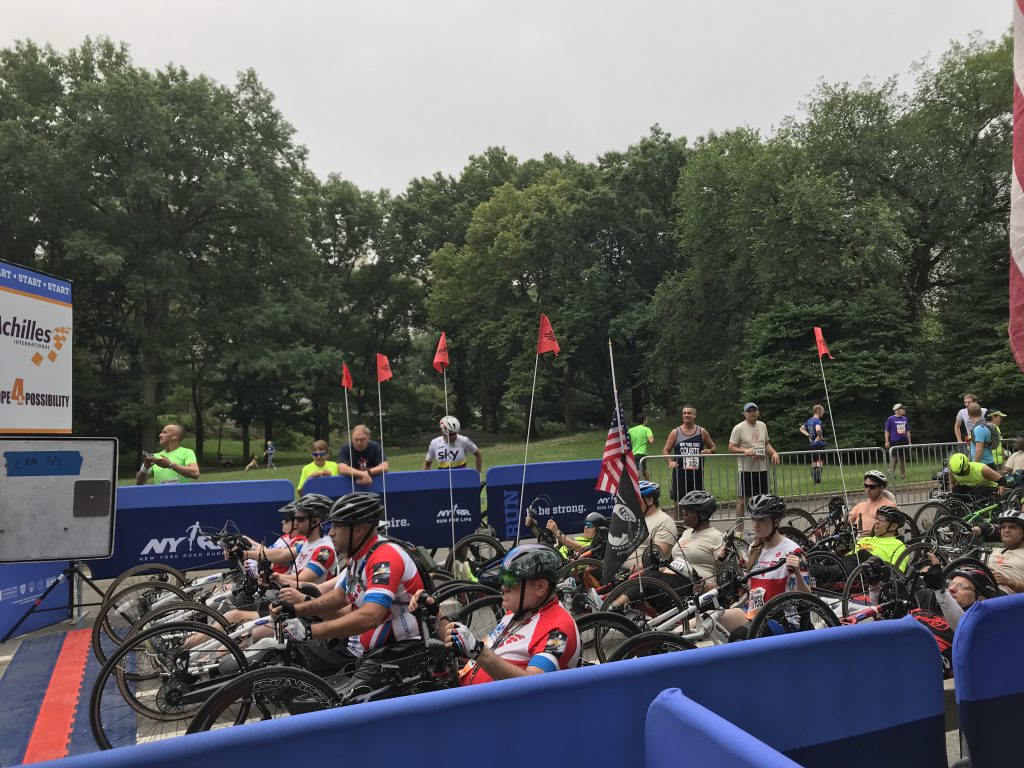 The Freedom Team getting staged before Hope & Possibility. 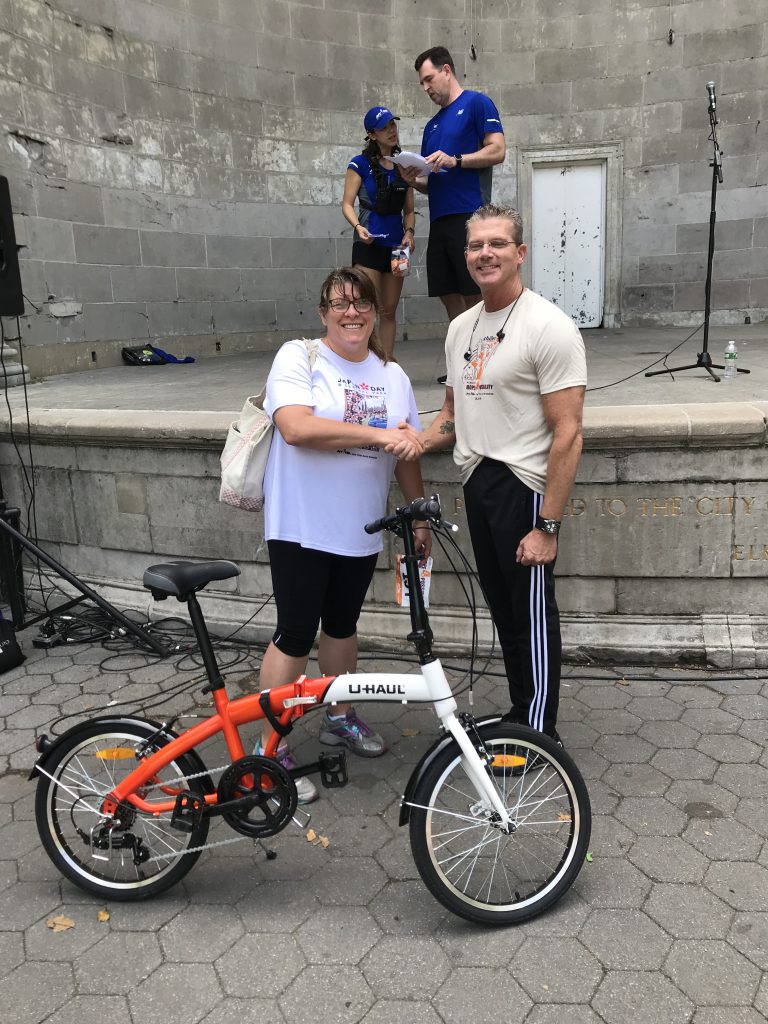 Sonberg presenting a U-Haul Bike to the lucky winner. 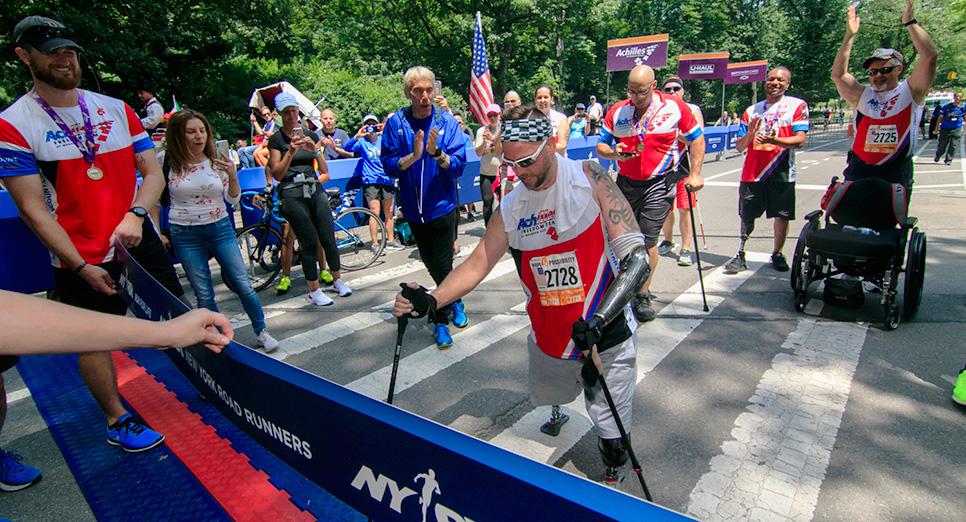