Four members of Team U-Haul were among the 30,000 people from all 50 states and 60-plus countries who recently competed in the 43rd annual Marine Corps Marathon in Arlington, Va.

It was the first time U-Haul entered participants in the event that it has supported for many years. Ruby Huynh, Brian Arias and Theophilus Ashong from the U-Haul Hyattsville Repair Shop in Maryland joined U-Haul Wellness Marketing Specialist Monique Wantland from Phoenix, Ariz., in running.

One of the largest races in the world, the Marine Corps Marathon takes runners on a scenic tour through Arlington, National Harbor and the nation’s capital.

Since it is known as “the best marathon for beginners” and “the people’s marathon,” the event often sells out quickly. The 26.2-mile course was a challenge Team U-Haul was eager to accept and conquer.

“I’ve accepted the challenge of running in this marathon for my brothers overseas, and for my little cousin, who is currently serving in Africa,” Huynh, a former Marine and U-Haul parts foreman, noted prior to the race. “Running a marathon is also something I’ve always wanted to do. So I’m checking it off my bucket list and hoping I can make it to the finish line.”

The presence of U-Haul was strong as usual, with equipment staged throughout the course and at each water stop to express support the runners.

Thank You, Marines and U-Haul

After Team U-Haul crossed the finish line, Goodwin said: “I want to thank each of you for your hard work and dedication. You don’t have to finish first to achieve victory. All you had to do was finish, and you did! I’m incredibly proud to have each of you on our team. Congratulations.”

“Our team included three people who had never run a marathon before,” Wantland added. “We accepted the challenge, trained in less than three months and completed the race. I have never been more proud to be part of a team. It was such an amazing experience getting to know everyone, and to see them push themselves and succeed.”

Motivated individuals run the Marine Corps Marathon for many reasons, and the members of Team U-Haul were no exception.

“This race was about team camaraderie, health, conquering goals and supporting our military,” Wantland continued. “It was one of the best experiences of my life. I’m grateful for this opportunity, and for being able to help U-Haul Team Members become the best versions of themselves. This event also made me proud to work for a company that so strongly supports our military.”

U-Haul, founded by a WWII Navy veteran and his wife in 1945, dedicates a portion of its community work and charity support to veteran organizations and initiatives. U-Haul has been honored repeatedly as a leading veteran-friendly U.S. employer. It continues to emphasize the recruitment and hiring of veterans. 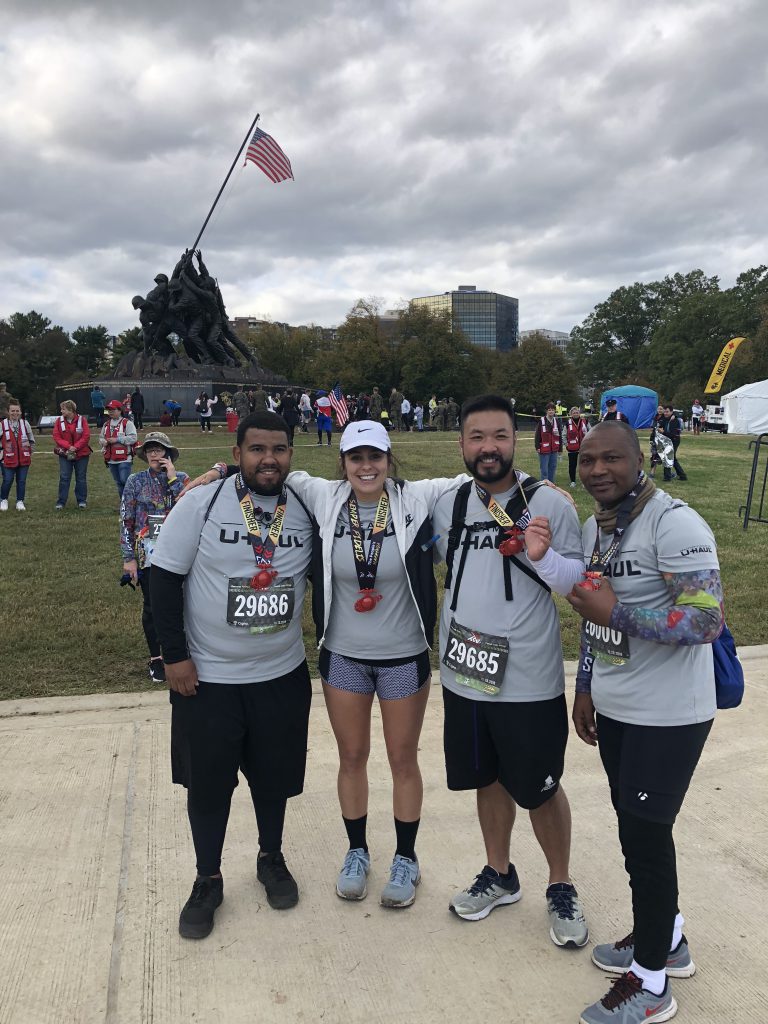 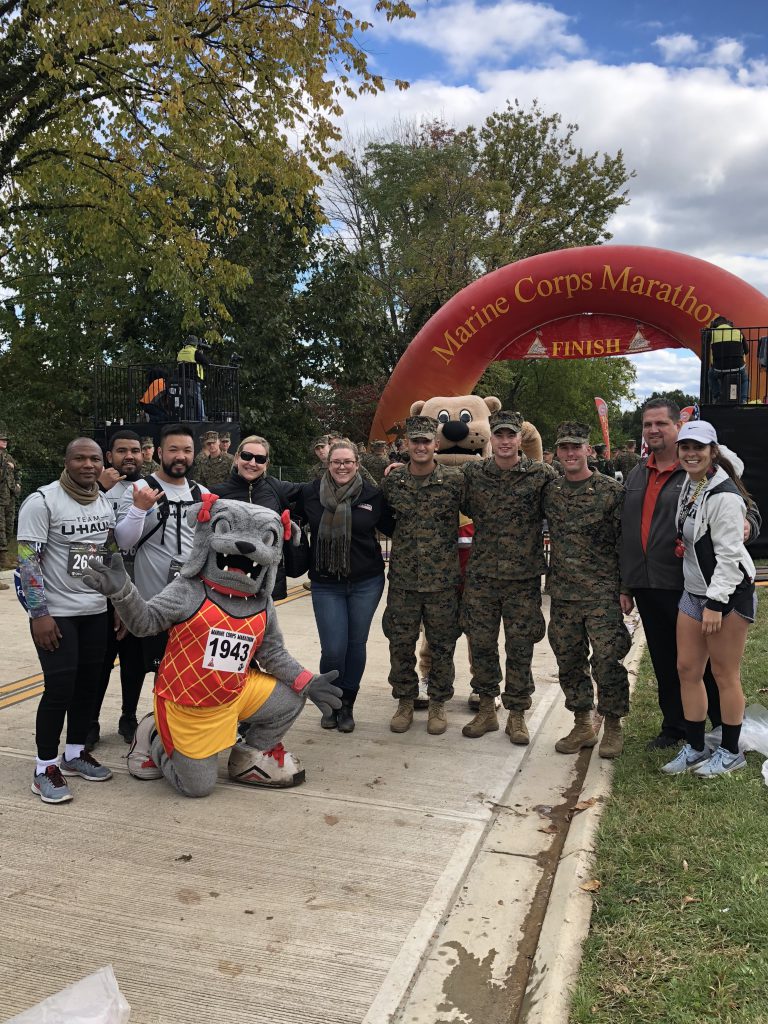 Team U-Haul and friends at the finish line. 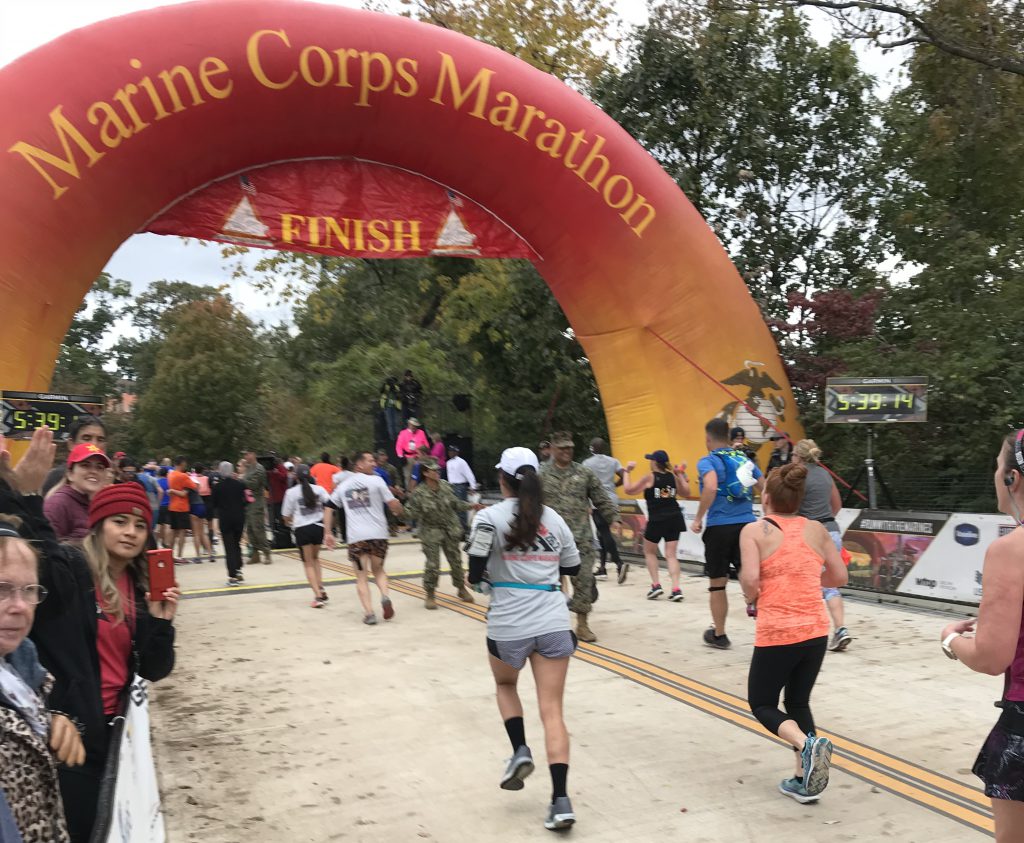 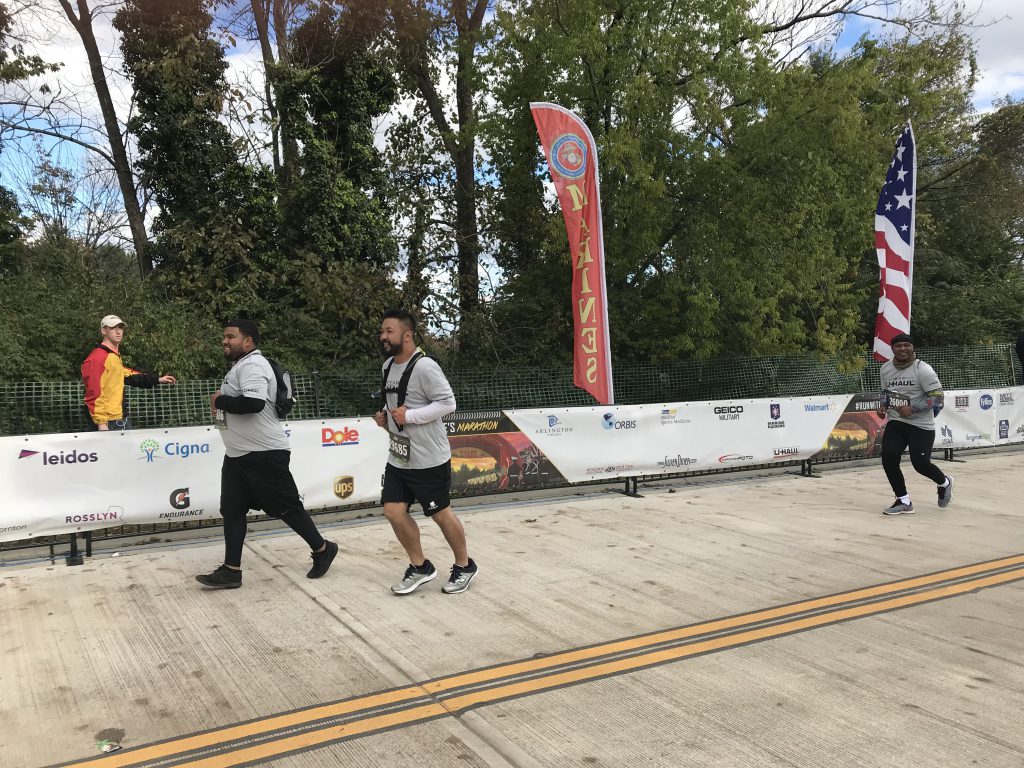 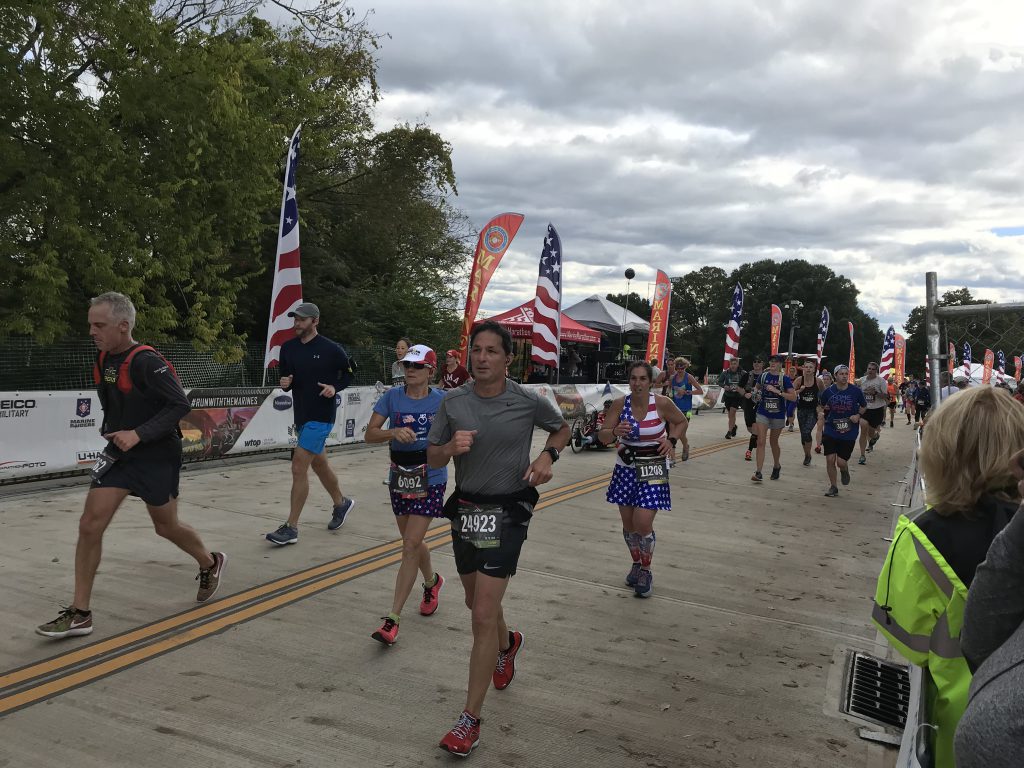 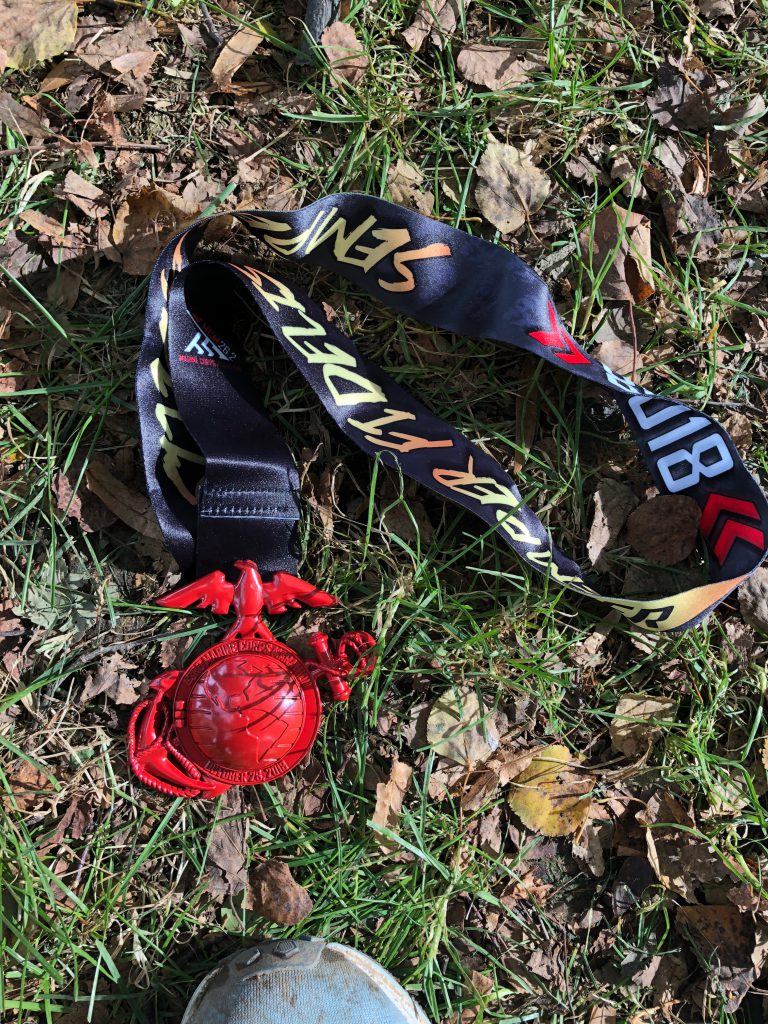 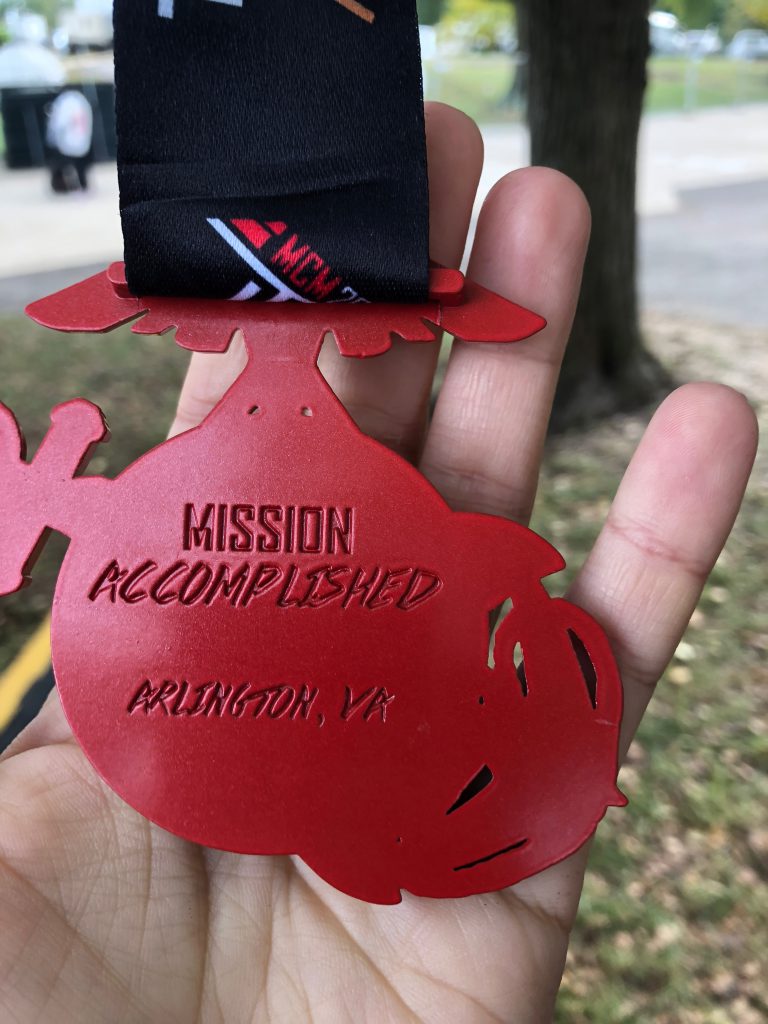